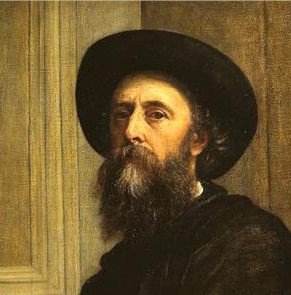 Fire, Study for the Carlton House Terrace Fresco, The Elements

Portrait of The Countess Somers

Study for ‘Love and Death’

A spaniel with a rat

A Study with the Peacock’s Feathers