Abraham Brueghel was a Flemish painter from the famous Brueghel family of artists. He emigrated at a young age to Italy where he played an important role in the development of the style of decorative Baroque still lifes.

In 1649, at the age of 18, Abraham went to Italy to complete a commission for Prince Antonio Ruffo in Sicily. It was the first of many commissions in which Abraham demonstrated his artistic abilities in drawing floral still lifes. Already in 1649 an inventory of his patron Prince Antonio Ruffo records nine flower paintings by the 18-year-old artist.

Ten years later, in 1659, Brueghel moved to Rome, Italy where he married an Italian woman less than a year later. In 1670 he was invited into the Accademia di San Luca, a Roman academy, which had as its objective the elevation of the work of artists.

Some time between 1672 and 1675, Abraham left Rome and moved to Naples, Italy. He played an important role in the development of still life painting in Naples, which had before his arrival in the city resisted the Flemish-Roman style of decorative still lifes.

Breughel remained in Naples until his death. He is believed to have died c. 1690 in Naples and in any event no later than 1697. 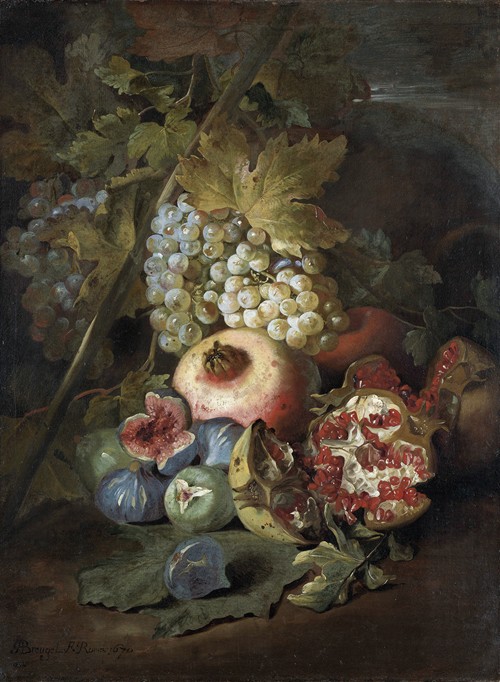 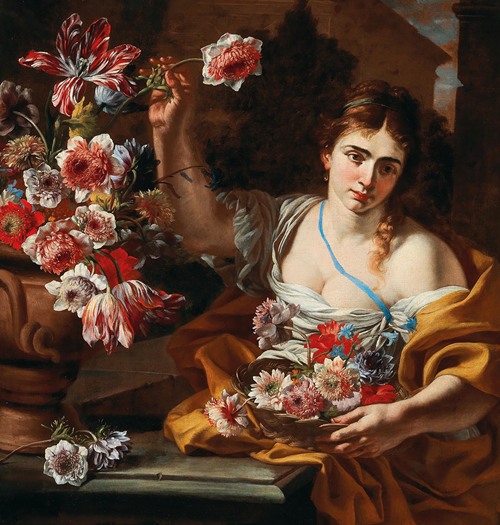 A Young Woman Taking A Flower From A Vase 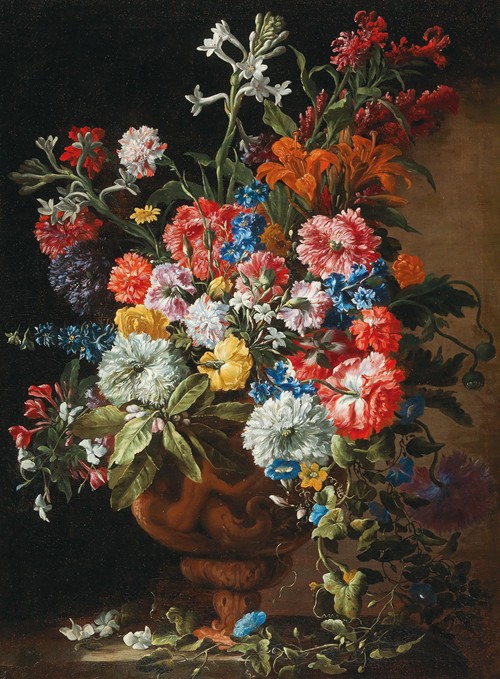 Carnations, lillies, nigellas and other flowers in a decorative terracotta vase on a stone ledge 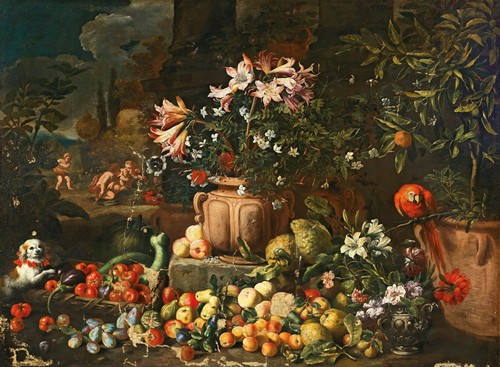 Still life of flowers with fruits, putti and animals 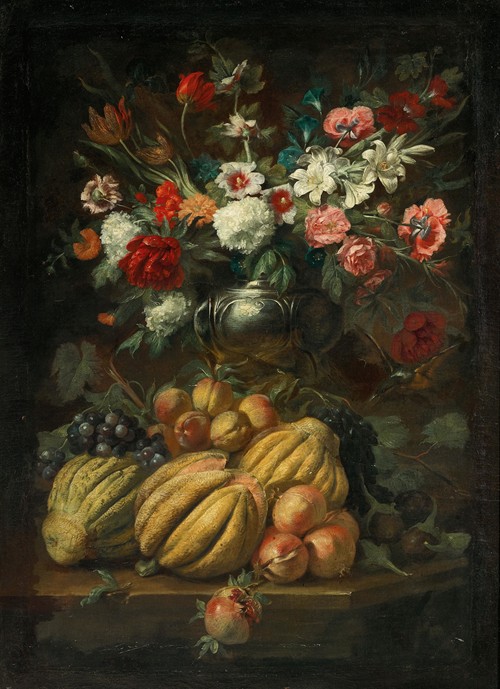 Flowers in a vase and fruit on a table 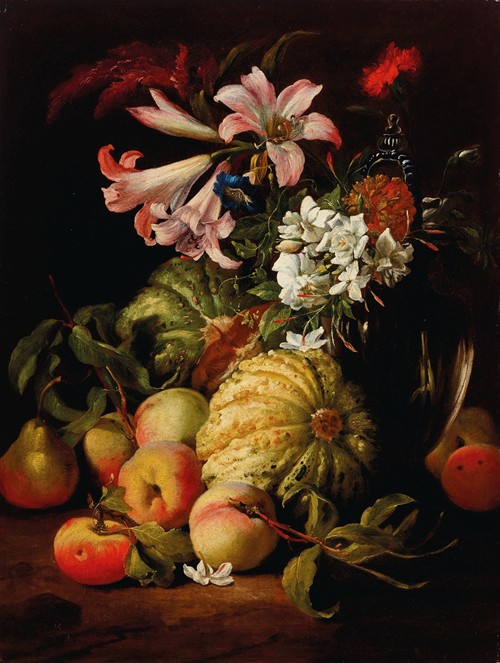 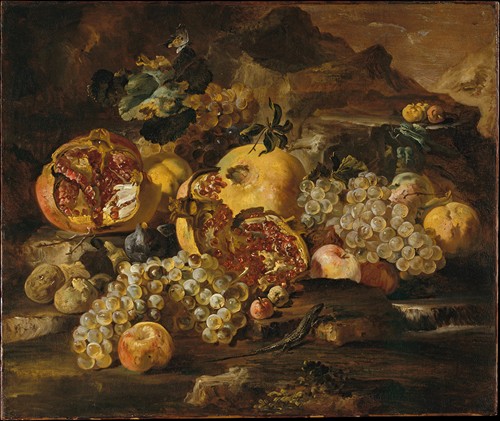 Pomegranates and Other Fruit in a Landscape 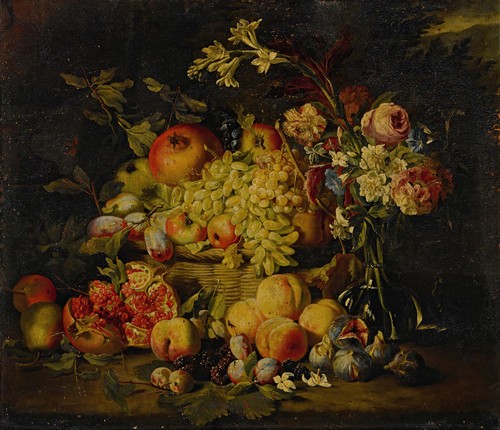 Still life of flowers and fruits, including pomegranates, peaches, and grapes 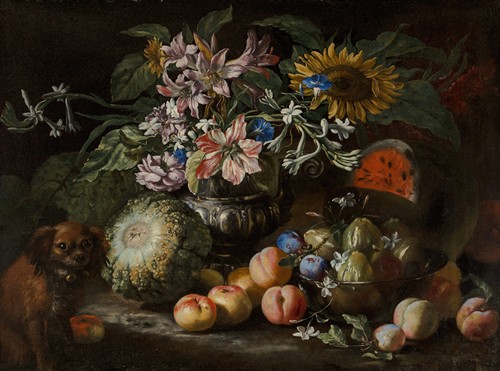 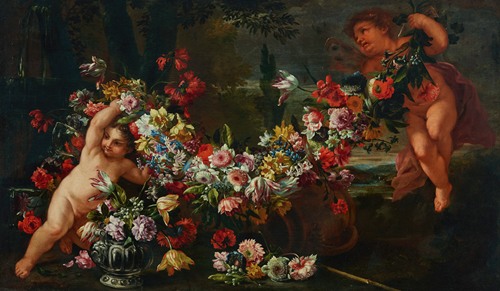 Garlands of flowers with putti in a landscape 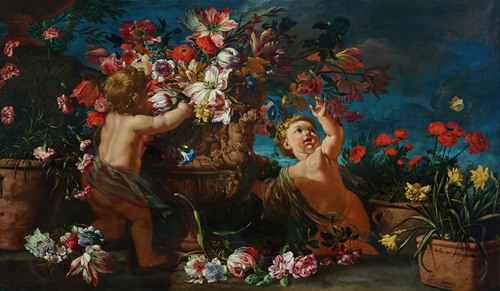 Vases of flowers with putti in a landscape