Village by the Water in Winter 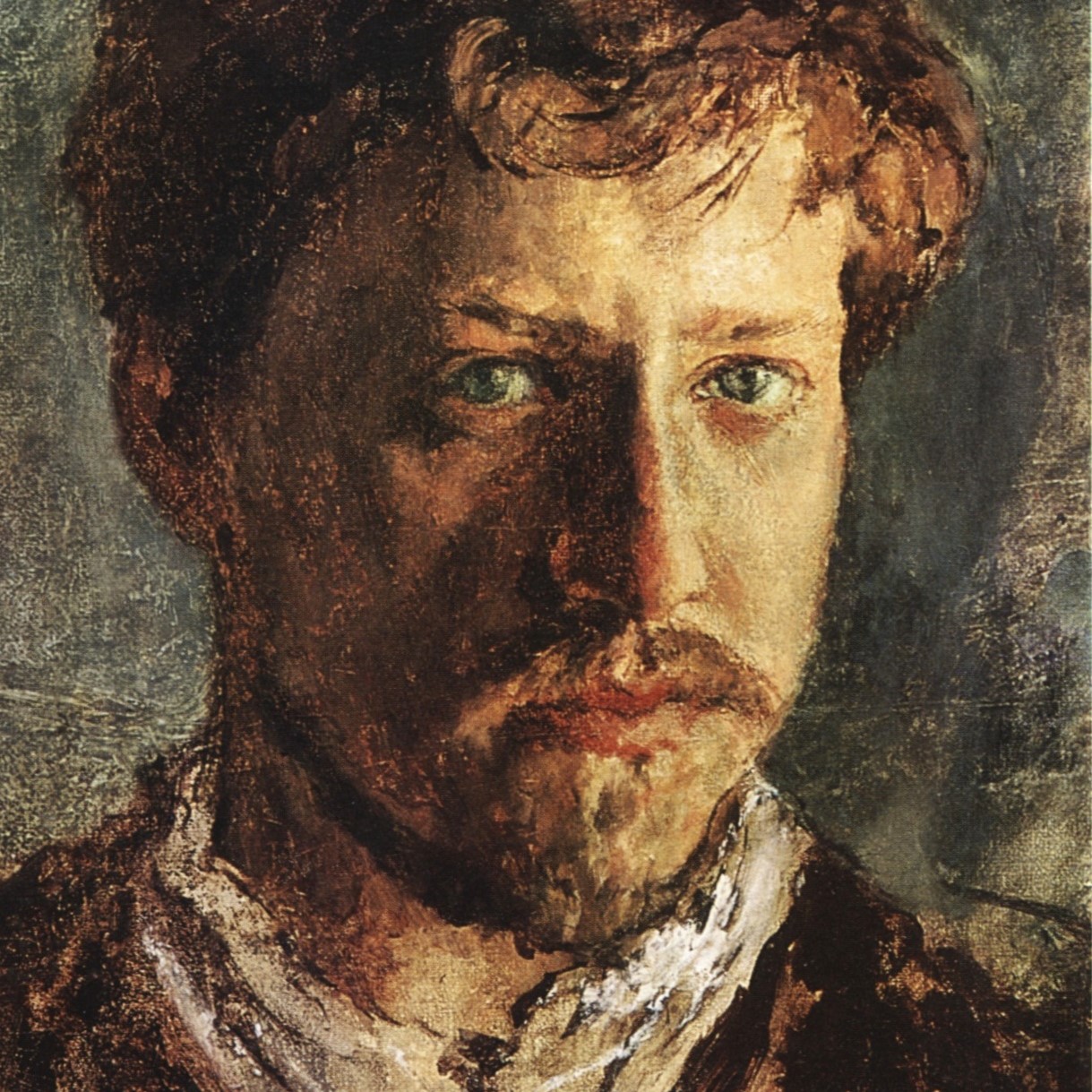 Valentin Alexandrovich Serov was a Russian painter and one of the premier portrait artists of his era.

Serov was born in Saint Petersburg, son of the Russian composer and music critic Alexander Serov and his wife and former student Valentina Serova, also a composer in her own right. Raised in a highly artistic milieu he was encouraged to pursue his talents by his parents and in his childhood he studied in Paris and Moscow under Ilya Repin and in the St. Petersburg Academy of Arts (1880–1885) under Pavel Chistyakov. Serov's early creativity was sparked by the realistic art of Repin and strict pedagogical system of Chistyakov. Further influences on Serov were the old master paintings he viewed in the museums of Russia and Western Europe, friendships with Mikhail Vrubel and (later) Konstantin Korovin, and the creative atmosphere of the Abramtsevo Colony, to which he was closely connected.

The greatest works of Serov's early period were portraits: The Girl with Peaches (1887), and The Girl Covered by the Sun (1888), both in the Tretyakov Gallery. In these paintings Serov concentrated on spontaneity of perception of the model and nature. In the development of light and color, the complex harmony of reflections, the sense of atmospheric saturation, and the fresh picturesque perception of the world, there appeared the features of early Russian impressionism (though Serov was not yet aware of works of French impressionists at the time of making those paintings).

From 1890 on, the portrait became the basic genre in Serov's art. It was in this field that his early style would become apparent, the paintings notable for the psychologically pointed characteristics of his subjects. Serov's favorite models were actors, artists, and writers, such as Konstantin Korovin (1891), Isaac Levitan (1893), Nikolai Leskov (1894), and Nikolai Rimsky-Korsakov (1898)—all in the Tretyakov gallery.

Initially abstaining from the polychromatic, brightly colored painting style of the 1880s, Serov often preferred a dominant scale of black-grey or brown tones. Impressionistic features appeared sometimes in composite construction of a portrait, or to capture a sense of spontaneous movement. As in the work of his contemporaries John Singer Sargent and Anders Zorn, the impressionism is not doctrinaire, but derives as much from the study of Hals and Velázquez as from modern theory. Receiving wide popularity, in 1894 Serov joined with the Peredvizhniki (The Itinerants), and took on important commissions, among them portraits of grand duke Pavel Alexandrovich, (1897, Tretyakov Gallery), S.M. Botkin, 1899, and Felix Yusupov, 1903 as well as Princess Olga Orlova (these in the Russian Museum in St. Petersburg). In these truthful, compositionally skillful, and picturesque executions in the grand manner, Serov consistently used linear-rhythmic drawing coupled with decorative color combinations.

At the same time, he developed a contrasting direction: he frequently produced intimate, heartfelt, chamber portraits, mainly of children and women. In portraits of children Serov aspired to capture pose and gesture, to reveal and emphasize a spontaneity of internal movement, sincere cleanliness and clearness of attitude of the child (Children, 1899, Russian Museum; Mika Morozov, 1901, Tretyakov gallery). Serov frequently called upon various graphic techniques—watercolors, pastels, lithographs and so forth. Figures in Serov's portraits gradually became more and more graphically refined and economical, particularly during the late period (Vasily Kachalov, 1908, Tamara Karsavina, 1909; numerous figures from Ivan Krylov's fables, 1895–1911). From 1890 to 1900 Serov produced many landscape compositions on country themes, in which the artistic direction took a romantic turn.

Serov married Olga Trubnikova in 1889. His wife and his children were the subject of many of his works. Notably, his painting Children was of his sons Yura and Sasha.

During his late period, which began in 1900, Serov was a member of "The World of art", an influential Russian art association and magazine which grew, in part, out of dissatisfaction with the Itinerants movement. At the start of the 20th century, Serov was at a stylistic turning point: features of impressionism disappeared from his work, and his modernistic style developed, but the characteristic truthful and realistic comprehension of the nature of his subjects remained constant. In the early 20th century Serov created heroic portrait images; within the genre of the fashionable portrait, Serov focused on the dramatic depiction of creative artists, writers, actors, and musicians of import: Maxim Gorki's portraits (1904, A.M. Gorki's museum, Moscow); Maria Yermolova (1905) and Feodor Chaliapin (charcoal, 1905), both in the Tretyakov Gallery; and Helena Roerich (1909).

Serov's democratic beliefs were clearly shown during the Revolution from 1905 to 1907: he depicted a number of satirical figures exposing chastisers. A full member of the St.Petersburg Academy of Arts since 1903, in 1905 he resigned as a gesture of protest against the execution of striking workers and their families on 9 January, Bloody Sunday. His late creativity found expression in historical painting (Peter II departure and Empress Elizabeth Petrovna on hunting, 1900, Russian Museum), and depth of comprehension of the historical maintenance of an epoch (Peter I, distemper, 1907, Tretyakov Gallery).

The last years of Serov's life were marked by works on themes from classical mythology. While addressing images from the ancient tradition, Serov endowed classical subject matter with a personal interpretation.

Valentin Serov died in Moscow on 5 December 1911, from stenocardia (an acute form of angina) that eventually led to cardiac arrest, ending in heart failure due to severe complications. He was buried at the Donskoye Cemetery. The Soviets had his remains exhumed and reburied at the Novodevichy Cemetery.

Portrait study of a young girl

Portrait of a woman