The Artist died in 1809 so this work is in the public domain in its country of origin and other countries where the copyright term is the Artist's life plus 70 years or fewer. 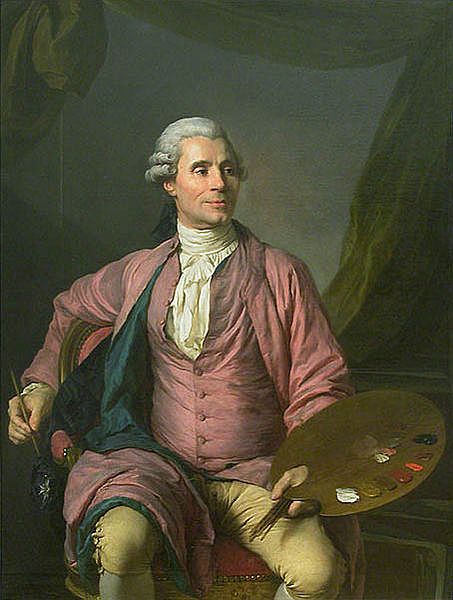 Joseph-Marie Vien was a French painter. He was the last holder of the post of Premier peintre du Roi, serving from 1789 to 1791.

He was born in Montpellier. Protected by Comte de Caylus, he entered at an early age the studio of Natoire, and obtained the grand prix in 1745. He used his time at Rome in applying to the study of nature and the development of his own powers all that he gleaned from the masterpieces around him; but his tendencies were so foreign to the reigning taste that on his return to Paris he owed his admission to the academy for his picture Daedalus and Icarus (Louvre) solely to the indignant protests of François Boucher.

When in 1776, at the height of his established reputation, he became director of the school of France at Rome, he refused to take Jacques-Louis David with him amongst his pupils, stating he was too old to teach a young artist. After his return, five years later, his fortunes were wrecked by the French Revolution; but he undauntedly set to work, and at the age of eighty (1796) carried off the prize in an open government competition. Napoleon Bonaparte acknowledged his merit by making him a senator.

Joseph-Marie Vien died in Paris, and was buried in the crypt of the Panthéon. He left behind him many other brilliant pupils, amongst whom were François-André Vincent, Jean-Antoine-Théodore Giroust, Jean-Baptiste Regnault, Joseph-Benoît Suvée, Jean-Pierre Saint-Ours, François-Guillaume Ménageot, Jean-Joseph Taillasson and others of high merit; nor should the name of his wife, Marie-Thérèse Reboul (1728–1805), herself a member of the academy, be omitted from this list. Their son, Marie Joseph, born in 1761, also distinguished himself as a painter.