Venus and Mars Served by Cupid and the Three Graces (c. 1547)

The Artist died in 1556 so this work is in the public domain in its country of origin and other countries where the copyright term is the Artist's life plus 70 years or fewer.

Léon Davent was a French printmaker in the mid 16th century, closely associated with the First School of Fontainebleau. He worked in both engraving and etching and many of his works are based on designs by Francesco Primaticcio, "rendered boldly and freely". Others use designs by Luca Penni and other artists. It is thought that there was a workshop at the Palace of Fontainebleau itself in the 1540s, where he was one of the leading printmakers. Their main purpose seems to have been to record the new style being forged at Fontainebleau, copying both the main subject paintings and the elaborate ornamental stuccos and other decorations.

With a couple of exceptions his prints are signed only with "L.D.", and his identity was long uncertain; he is known as the Master L.D. in older literature. Lists of his works have attributed between 98 (Henri Zerner) and 226 (F. Herbet) prints to him.

Very little is known about his life; his dated prints run between 1540 and 1556, when he left a series incomplete, which may indicate his death. There is no evidence that he trained as a painter, and like many early engravers he may have been trained as a goldsmith, a trade where engraving was still important. His engravings, which are presumed to be his earliest works, show a considerable fluency in this difficult technique. According to Henri Zerner, he may have produced about 9 early prints before moving to Fontainebleau, and he may only have started etching, rather than engraving, in about 1540. Others see him as only beginning to make engravings in 1540, when his first dated print appears, and etchings from about 1543–1544. Once the switch had been made, he only made etchings. He was perhaps taught etching by Antonio Fantuzzi, one of the Italians at Fontainebleau, and in turn seems to have passed some of his experience of techniques in engraving on to him.

Apart from Penni and Primaticcio, who he knew, he made prints after drawings brought from Italy, presumably by Primaticcio, by Giulio Romano and Parmigianino, but not Rosso Fiorentino, unlike Fantuzzi and "Master I♀V".

In about 1546 he seems to have left France, perhaps in the company of Luca Penni, as a number of prints dated 1546 or 1547 are based on designs by Penni, and printed on paper from Germany (as it then was). These also use black ink and "the printing has a hard, professional look". He produced some of the illustrations for Les Quatre Premiers Livres des navigations et pérégrinations orientales by the geographer and valet de chambre Nicolas de Nicolay, published in Lyon in 1548. Henri Zerner only attributed 3 of the illustrations to him, while Herbet gives him 61.

In the 1550s Davent was in Paris, again using Penni's designs. As "Lion Davant" he signed a contract in 1555 to produce illustrations for a book called Livre de la diversitée des habits du Levant ("Book of the different costumes of the Levant"), again by de Nicolay. Davent's latest print for the book is dated 1556, but the published book only contains 61 plates, rather than the 80 in the contract. The publication of this contract by Catherine Grodecki in 1974 ended the discussion over the identity of "Master L.D."; there had been a number of other suggestions, in particular Léonard Thiry. He also worked closely with Antonio Fantuzzi, and did etch a number of designs by Thirly. In the contract of November 1555 he was recorded as living on the Rue Saint-Jacques. 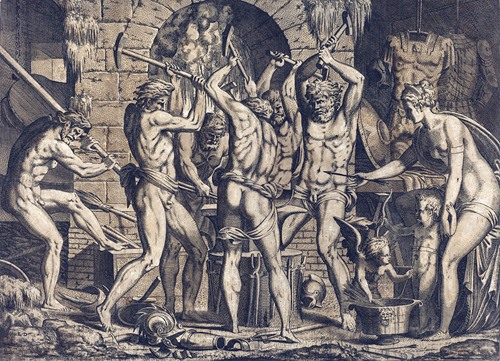 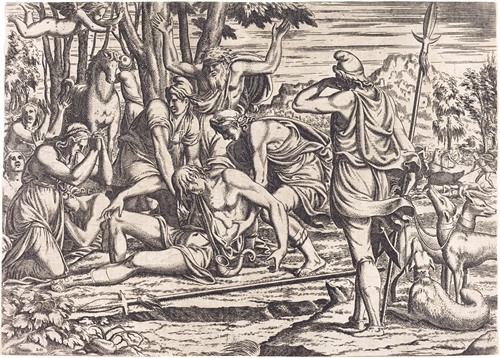