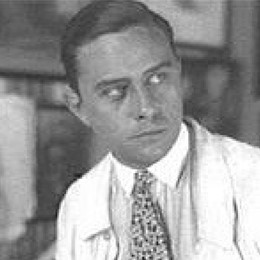 Maurice Jallot was born in Paris during the 1900 Exposition Universelle – an auspicious beginning for a career in the arts. He studied at the Ecole Boulle in Paris and upon graduating, joined his father’s (Leon Jallot) studio in 1921. He left for a while to gain outside experience and rejoined the firm in 1930.

A versatile and imaginative designer, Maurice Jallot exhibited a range of pieces and ensembles at the annual salons, some in partnership with his father and some singly.

Their furniture in the 1920s was fabricated from woods – palisander, walnut, pearwood, amboyna, camphor. From the mid-1920s the Jallots faced the challenge common to all woodworkers: whether to adjust to, or fight, the revolutionary introduction of glass and metal. They chose the former, introducing a distinctive range of modern furniture: stainless steel tables, mirrored cabinety, etc.

Maurice participated in the interior decoration for A French Embassy and the Collector’s Residence at the 1937 Exposition Internationale des Arts et Techniques dans la Vie Moderne in Paris. The French Mobilier Nationale has conserved a commode purchased in 1945.

Throughout his career Maurice Jallot called upon the sculptor Paul Belmondo (father of the French actor Jean Paul Belmondo) to contribute decorative elements. 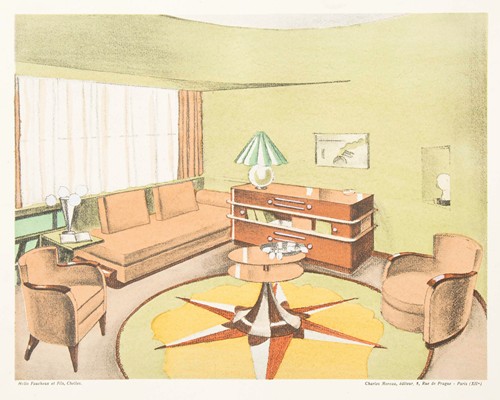 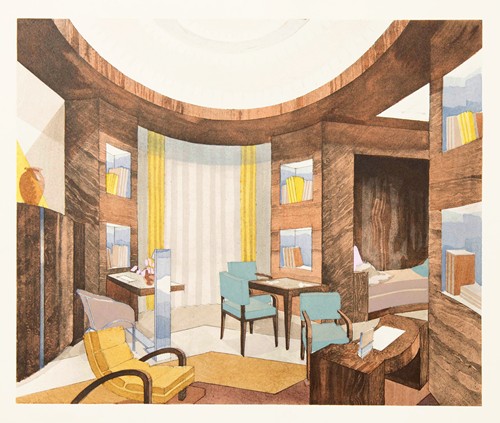 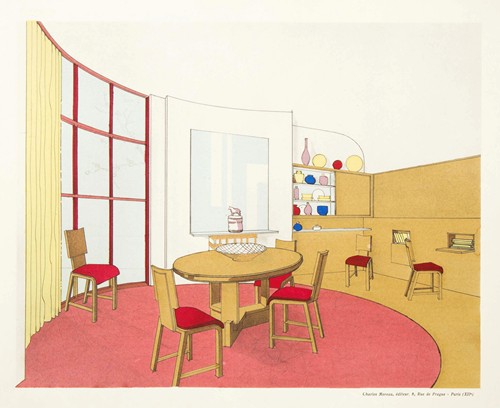 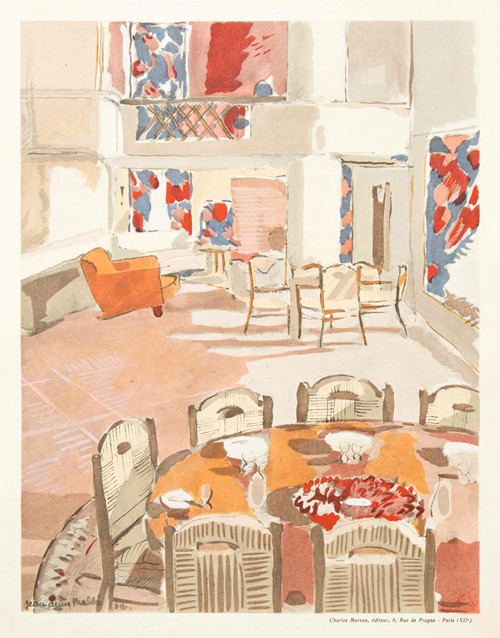 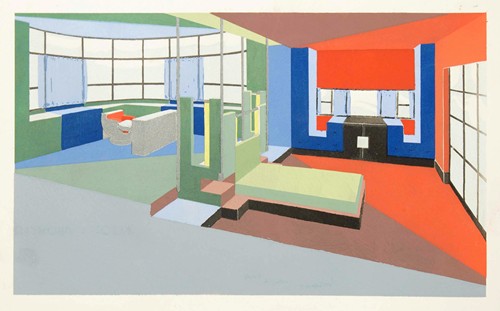 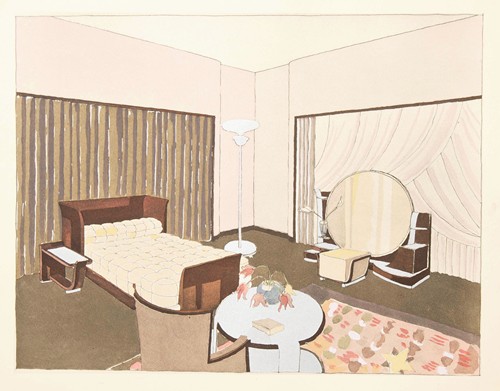 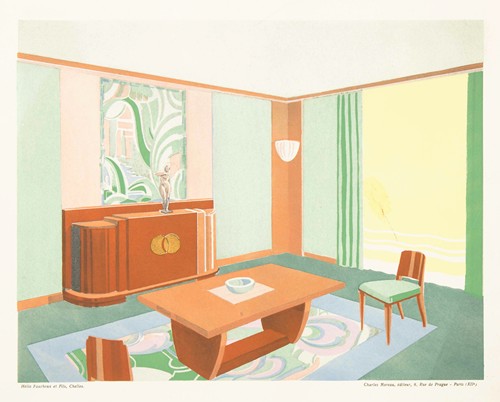 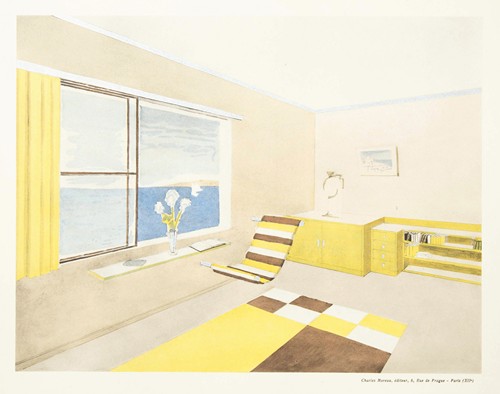 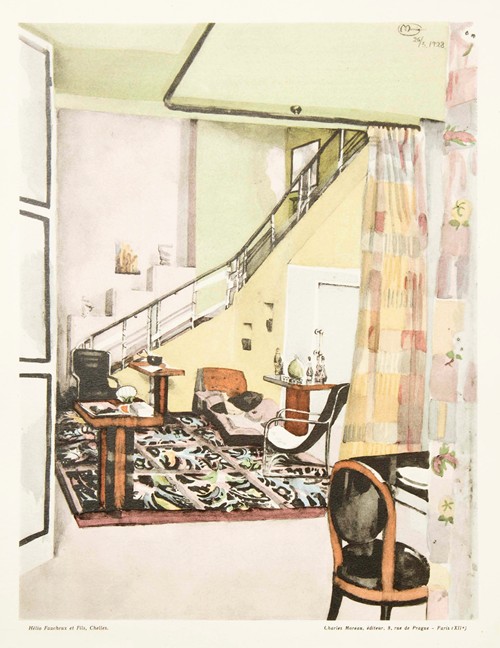 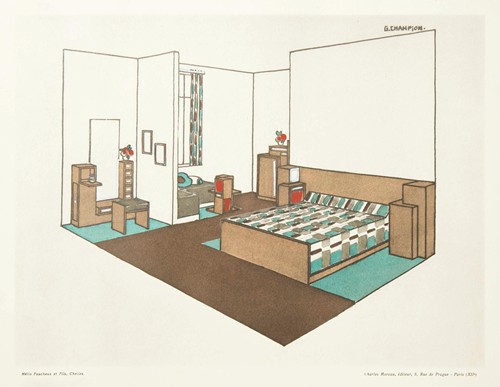 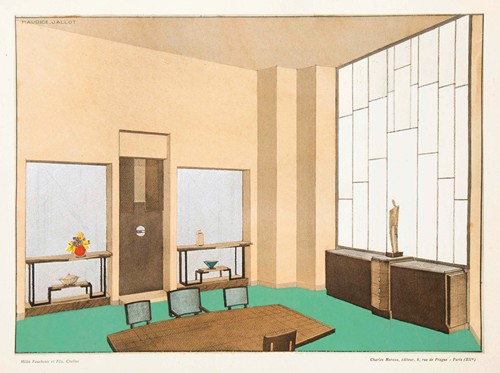 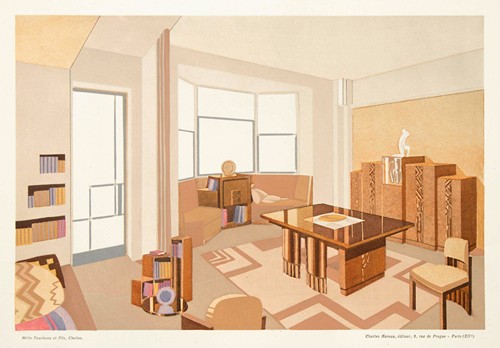