The Artist died in 1701 so this work is in the public domain in its country of origin and other countries where the copyright term is the Artist's life plus 70 years or fewer.

David de Coninck or David de Koninck, also known as Rammelaer was a Flemish painter who specialised in still lifes and landscapes with animals and hunting scenes. Recognised as a leading animal painter, de Coninck was able to develop an international career which caused him to work for extended periods in Paris, Rome and Vienna.

He was apprenticed to Pieter Boel in 1659. Pieter Boel was an accomplished animal painter who had been trained by Jan Fyt, the leading Flemish animal painter of the mid 17th century. De Coninck became a master in the Antwerp Guild of Saint Luke in 1663.

De Coninck subsequently travelled to Rome where he lived from 1671 to 1694. Here he became a member of the Bentvueghels, an association of mainly Dutch and Flemish artists working in Rome, and took the nickname (the so-called 'bent name') 'Rammelaer' (which means 'rattle'). His name was inscribed in a niche in the Santa Costanza church in Rome where the Bentvueghels used to congregate.

On his return to the north he stayed for a time in Vienna. He returned to Antwerp in 1687. He moved to Brussels at some time between 1699 and 1701. The last record of de Coninck is his registration as a became a member of the Brussels Guild of Saint Luke in 1701. It is not known when or when he died.

De Coninck's teacher Pieter Boel was a pupil of Jan Fyt, the leading Flemish animal painter of the mid 17th century. This explains the influence of Jan Fyt's style on de Coninck's work. Some works of David de Coninck and Pieter Boel are still attributed to Fyt. As David de Coninck rarely signed his works, which are generally of a high quality and similar style they have often been confused with the works of Boel, Fyt and even Frans Snijders, the leading Flemish animal painter of the first half of the 17th century.

De Coninck was an accomplished painter of scenes with animals, mainly birds, in a garden or against a landscape background. He painted lively action scenes of fighting cats and dogs, packs of dogs attacking game and birds of prey or cats attacking birds or poultry. 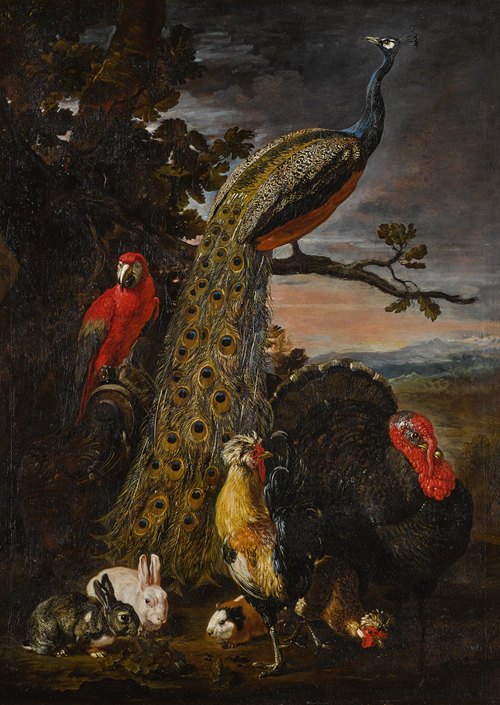 Landscape with a peacock, parrot, chicken, turkey, two rabbits and a guinea-pig 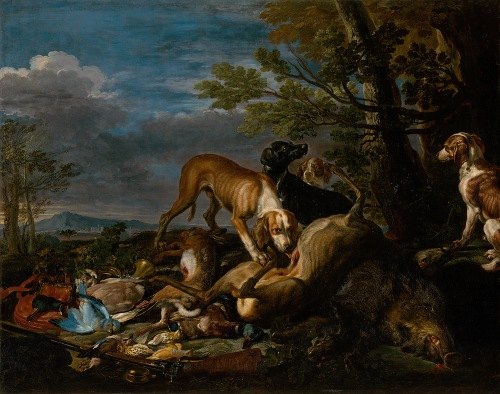 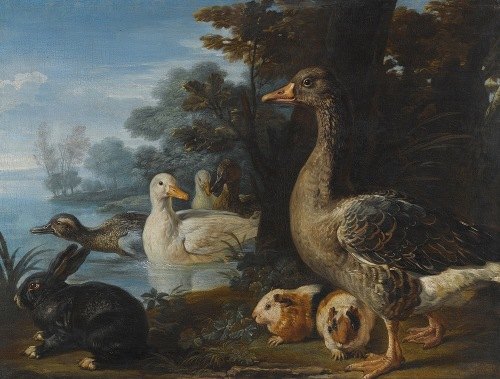 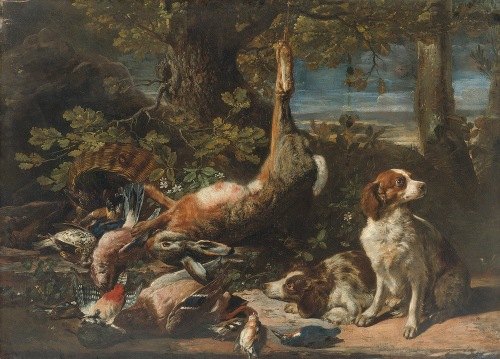 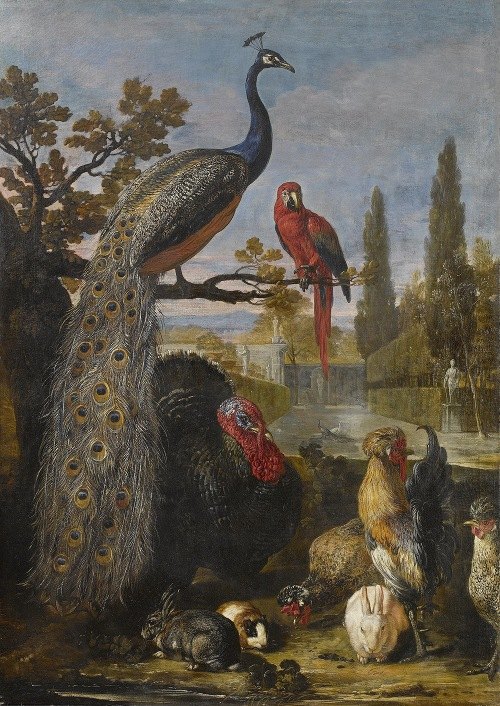 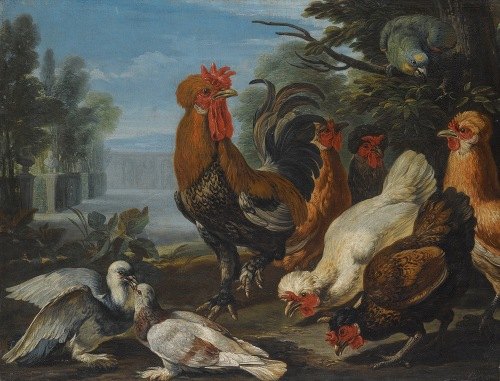 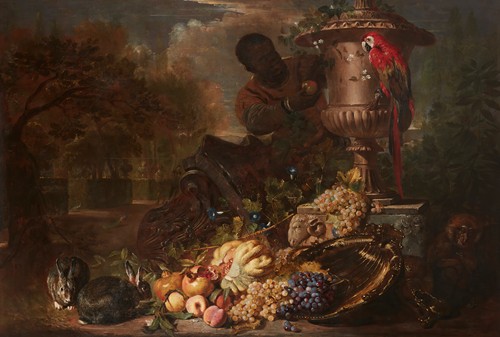 A Still Life of Fruit on a Silver Dish with Figure, Rabbits, Parrot, and Monkey Beneath a Broken Capital and an Ornamental Urn

Landscape with a peacock, parrot, chicken, turkey, two rabbits and a guinea-pig