Two putti with fish and seafood

Jan van Kessel the Younger or Jan van Kessel II, known in Spain as Juan Vanchesel el Mozo or el Joven, was a Flemish painter who after training in Antwerp worked in Spain. Known mainly for his portraits he became a court painter to the King and Queen of Spain. A few landscapes and mythological and allegorical scenes have also been attributed to him. He was formerly believed to have been active as a landscape painter, but this is now no longer generally accepted.

He likely trained under his father Jan van Kessel the Elder. Rather than becoming a master in the Antwerp Guild of Saint Luke, he moved to Madrid in or before 1679. In Madrid he became a painter to the court and gained a reputation mainly through his portraits.

The artists gained recognition at court under the reign of Charles II of Spain for the portraits he made of Queen Marie Louise d'Orléans, first wife of Charles II. In 1686 he became officially the painter of the Queen. He is said to have received a commission from the Queen to paint scenes on the ceiling of her chambers in the Royal Alcazar of Madrid. Upon the death of the first wife of Charles II, van Kessel continued to serve as a portrait painter at the court and gained the favour of the king's new wife, Maria Anna of Neuburg.

With the change of ruling dynasty from the Habsburgs to the Bourbons following the accession to the throne of Philip V of Spain in 1700, the artist's popularity at court went into decline. This was likely due to his continued close relationship with the widowed former Queen, whom he accompanied in her exile in Toledo with the title of furrier's aid. He did not join her in her exile to Bayonne in 1706 due to his precarious health. Instead, van Kessel returned to Madrid. The new king was not happy with his work possibly due to the ascendancy of French tastes at the Bourbon court. The artist had become well-off by that time. 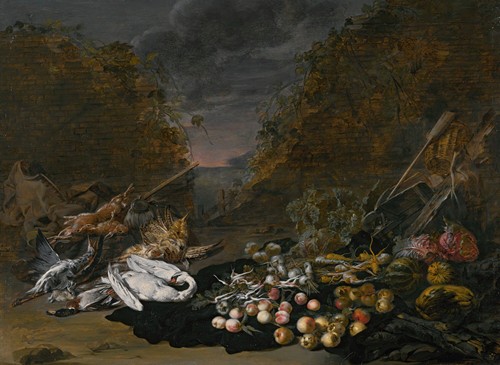 A still life of a swan and other birds, with rabbits, fruit and vegetables and a landscape beyond 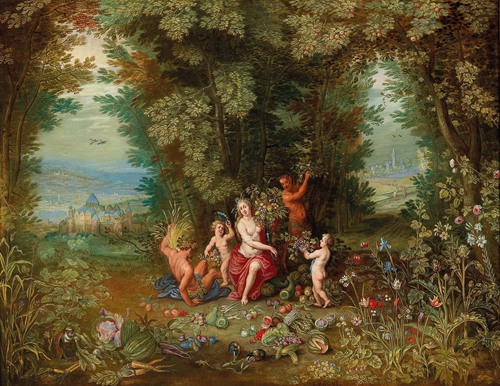 An Allegory of Earth 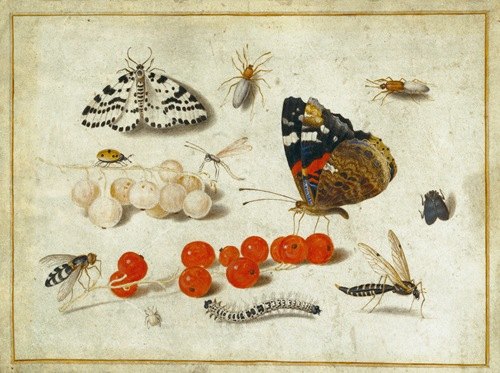 A still life of a swan and other birds, with rabbits, fruit and vegetables and a landscape beyond

An Allegory of Earth