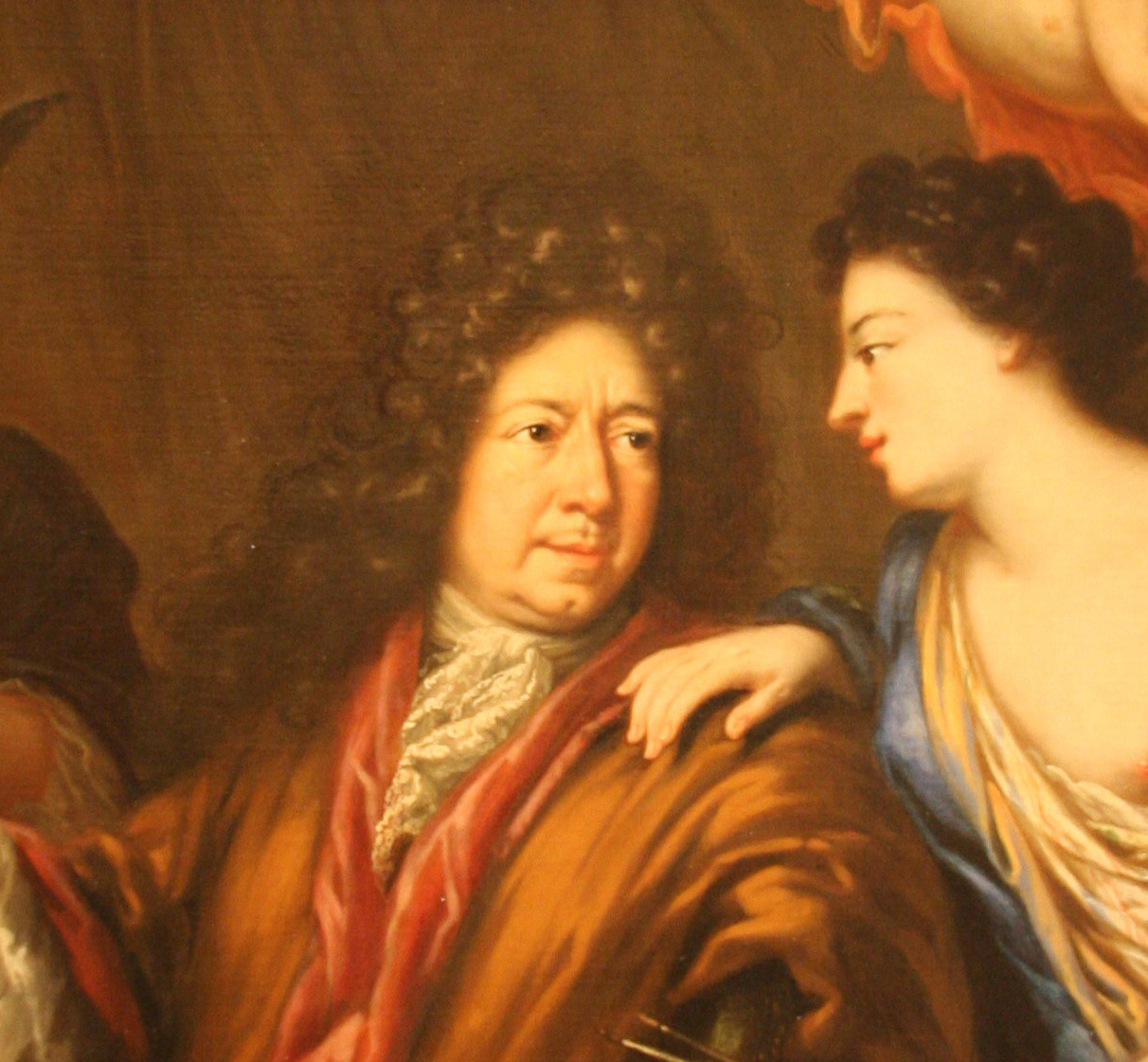 David Klöcker Ehrenstråhl was a Swedish nobleman and portrait painter.

David Klöcker was born in Hamburg. He was the son of Johann Klöcker and had eight siblings. In 1648, Klöcker traveled to Amsterdam where he learned how to paint following the instructions from Juriaen Jacobsze (1624–1685).
In 1652, he left his art studies in the Netherlands and moved to Skokloster Castle (Skoklosters slott) on Lake Mälaren, Sweden at the request of Swedish noblemann Carl Gustaf Wrangel (1613–1676). Between 1654 and 1661 he studied in Italy and visited the courts of both France and England. On his return he became entitled Court painter (hovkonterfejare) in 1661. He was raised to the nobility in 1674 at which time he took the surname Ehrenstråhl. He became court intendant in 1690. He made portraits of, among others, King Charles XI of Sweden, Erik Dahlbergh, Georg Stiernhielm and Agneta Horn. Among his pupils can be found Mikael Dahl and David von Krafft as well as his daughter Anna Maria Ehrenstrahl.

Ehrenstrahl also painted several ceilings and large wall pieces with allegoric motifs. The great hall ceiling fresco, named The Great Deeds of The Swedish Kings, in the Swedish House of Knights (Riddarhuspalatset) made between 1670 and 1675, is considered to be his greatest work. A second version was made during 1695 on the ceiling of Ehrenstrahlsalongen (the Ehrenstrahl parlour) at Drottningholm Palace, the home of the Swedish Royal Family. The center piece of the Drottningholm fresco also became the motive of the 1000th postage stamp designed by Polish postage stamp and banknote engraver Czesław Słania (1921-2005). The stamp was issued by the PostNord Sverige in March 2000.

Ehrenstråhl is also known for his proposal, in 1694, that:
- "Art presents riddles that could not be solved by everyone".

Ehrenstrahl was married to Maria Momma in 1663. He was the father of artist Anna Maria Ehrenstrahl (1666–1729) and the uncle of painter David von Krafft. He died during 1698 in Stockholm.

Charles XI’s family with relatives from the duchy Holstein-Gottorp

A Member Of The Family Jennings