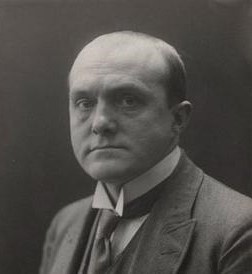 Max Carl Friedrich Beckmann was a German painter, draftsman, printmaker, sculptor, and writer. Although he is classified as an Expressionist artist, he rejected both the term and the movement. In the 1920s, he was associated with the New Objectivity (Neue Sachlichkeit), an outgrowth of Expressionism that opposed its introverted emotionalism. His work became full of horrifying imagery and distorted forms with combination of brutal realism and social criticism.

Max Beckmann was born into a middle-class family in Leipzig, Saxony. From his youth he pitted himself against the old masters. His traumatic experiences of World War I, in which he volunteered as a medical orderly, coincided with a dramatic transformation of his style from academically correct depictions to a distortion of both figure and space, reflecting his altered vision of himself and humanity.

He is known for the self-portraits painted throughout his life, their number and intensity rivaled only by those of Rembrandt and Picasso. Well-read in philosophy and literature, Beckmann also contemplated mysticism and theosophy in search of the "Self". As a true painter-thinker, he strove to find the hidden spiritual dimension in his subjects (Beckmann's 1948 Letters to a Woman Painter provides a statement of his approach to art).

Beckmann enjoyed great success and official honors during the Weimar Republic. In 1925 he was selected to teach a master class at the Städelschule Academy of Fine Art in Frankfurt. Some of his most famous students included Theo Garve, Leo Maillet and Marie-Louise von Motesiczky. In 1927 he received the Honorary Empire Prize for German Art and the Gold Medal of the City of Düsseldorf; the National Gallery in Berlin acquired his painting The Bark and, in 1928, purchased his Self-Portrait in Tuxedo. By the early 1930s, a series of major exhibitions, including large retrospectives at the Städtische Kunsthalle Mannheim (1928) and in Basel and Zurich (1930), together with numerous publications, showed the high esteem in which Beckmann was held.

His fortunes changed with the rise to power of Adolf Hitler, whose dislike of Modern Art quickly led to its suppression by the state. In 1933, the Nazi government called Beckmann a "cultural Bolshevik" and dismissed him from his teaching position at the Art School in Frankfurt. In 1937 the government confiscated more than 500 of his works from German museums, putting several on display in the notorious Degenerate Art exhibition in Munich. The day after Hitler's radio speech about degenerate art in 1937, Beckmann left Germany with his second wife, Quappi, for the Netherlands.

For ten years, Beckmann lived in self-imposed exile in Amsterdam, failing in his desperate attempts to obtain a visa for the United States. In 1944 the Germans attempted to draft him into the army, although the sixty-year-old artist had suffered a heart attack. The works completed in his Amsterdam studio were even more powerful and intense than the ones of his master years in Frankfurt. They included several large triptychs, which stand as a summation of Beckmann's art.

In 1948, Beckmann moved to the United States. During the last three years of his life, he taught at the art schools of Washington University in St. Louis (with the German-American painter and printmaker Werner Drewes) and the Brooklyn Museum. He came to St. Louis at the invitation of Perry T. Rathbone, who was director of the Saint Louis Art Museum. Rathbone arranged for Washington University in St. Louis to hire Beckmann as an art teacher, filling a vacancy left by Philip Guston, who had taken a leave. The first Beckmann retrospective in the United States took place in 1948 at the City Art Museum, Saint Louis. In St. Louis, Morton D. May became his patron and, already an avid amateur photographer and painter, a student of the artist. May later donated much of his large collection of Beckmann's works to the St. Louis Art Museum. Beckmann also helped him learn to appreciate Oceanian and African art. After stops in Denver and Chicago, he and Quappi took an apartment at 38 West 69th Street in Manhattan. In 1949 he obtained a professorship at the Brooklyn Museum Art School.

He suffered from angina pectoris and died after Christmas 1950, struck down by a heart attack at the corner of 69th Street and Central Park West in New York, not far from his apartment building. As the artist's widow recalled, he was on his way to see one of his paintings at the Metropolitan Museum of Art. Beckmann had a one-man show at the Venice Biennale of 1950, the year of his death.

Unlike several of his avant-garde contemporaries, Beckmann rejected non-representational painting; instead, he took up and advanced the tradition of figurative painting. He greatly admired not only Cézanne and Van Gogh, but also Blake, Rembrandt, and Rubens, as well as Northern European artists of the late Middle Ages and early Renaissance, such as Bosch, Bruegel, and Matthias Grünewald. His style and method of composition are partially rooted in the imagery of medieval stained glass.

Engaging with the genres of portraiture, landscape, still life, and history painting, his diverse body of work created a very personal but authentic version of modernism, one with a healthy deference to traditional forms. Beckmann reinvented the religious triptych and expanded this archetype of medieval painting into an allegory of contemporary humanity.

From his beginnings in the fin de siècle to the period after World War II, Beckmann reflected an era of radical changes in both art and history in his work. Many of Beckmann's paintings express the agonies of Europe in the first half of the 20th century. Some of his imagery refers to the decadent glamor of the Weimar Republic's cabaret culture, but from the 1930s on, his works often contain mythologized references to the brutalities of the Nazis. Beyond these immediate concerns, his subjects and symbols assume a larger meaning, voicing universal themes of terror, redemption, and the mysteries of eternity and fate.

His Self-Portrait with Horn (1938), painted during his exile in Amsterdam, demonstrates his use of symbols. Musical instruments are featured in many of his paintings; in this case, a horn that the artist holds as if it were a telescope by which he intends to explore the darkness surrounding him. The tight framing of the figure within the boundaries of the canvas emphasize his entrapment. Art historian Cornelia Stabenow terms the painting "the most melancholy, but also the most mystifying, of his self-portraits". 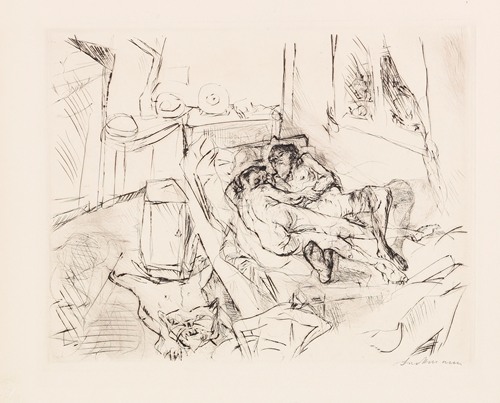 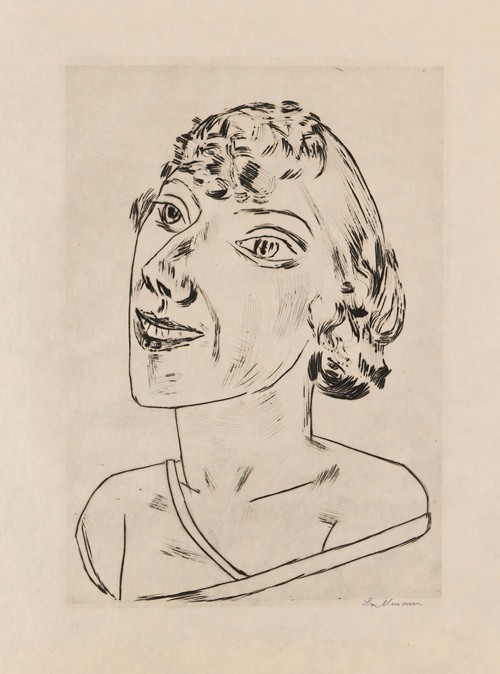 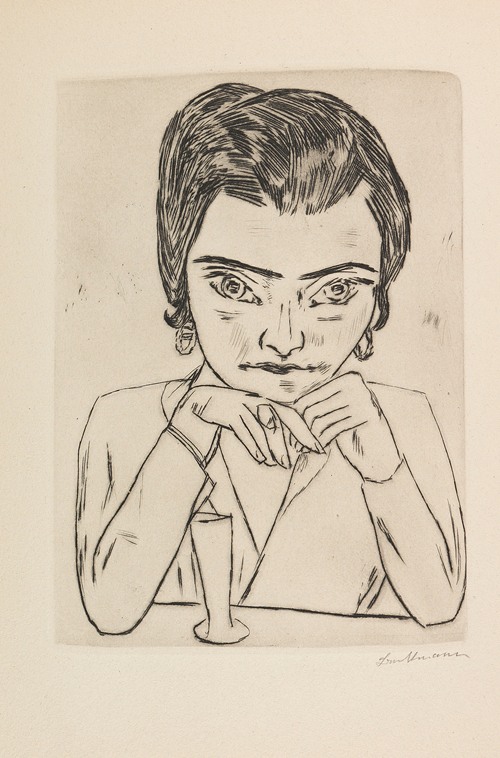 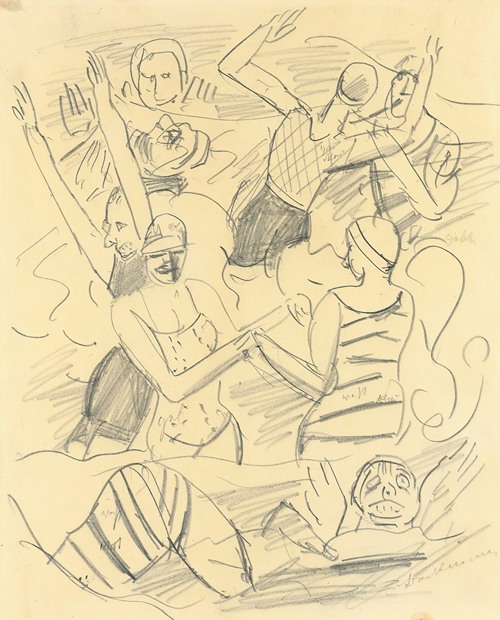 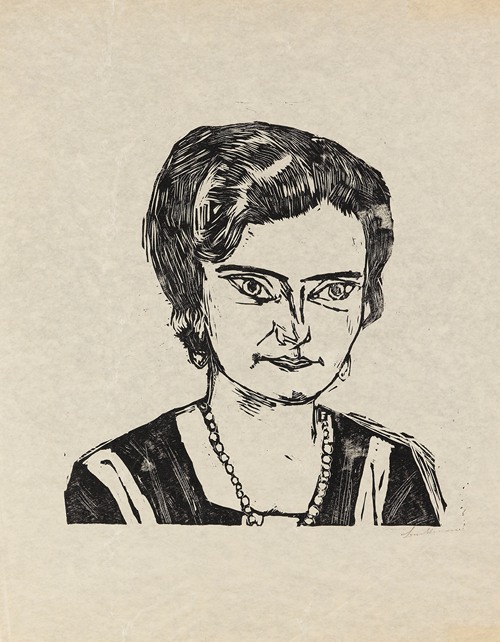 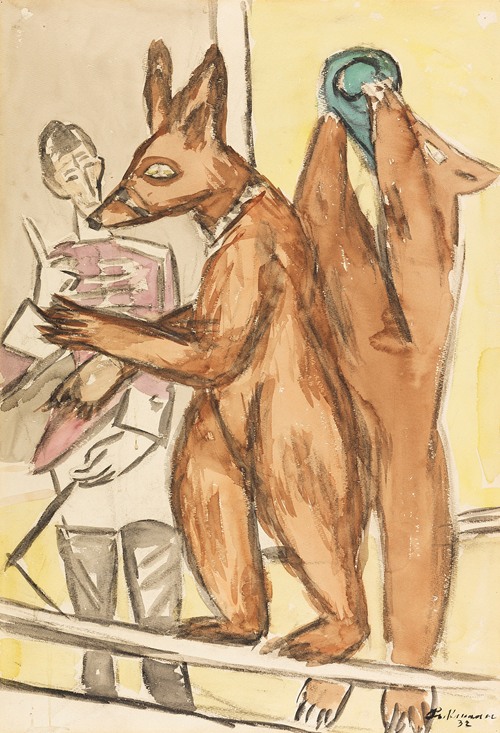