Three Dancing Nymphs and a Reclining Cupid in a Landscape (Ca. 1772) 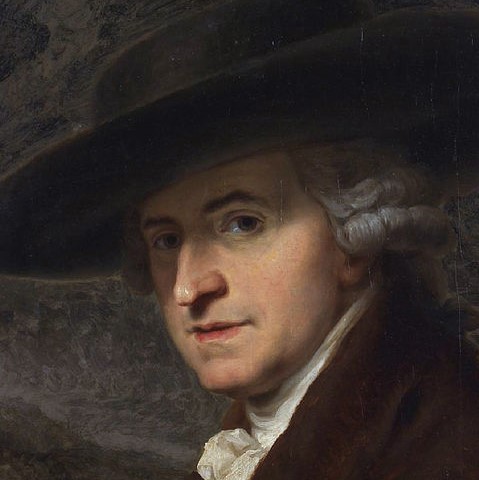 Antonio Pietro Francesco Zucchi ARA was an Italian painter and printmaker of the Neoclassic period.

Zucchi was born in Venice, he studied under his uncle Carlo Zucchi and later Francesco Fontebasso and Jacopo Amigoni.

He married the painter Angelica Kauffman in 1781, who late in life moved with him to Rome. In Rome Zucchi produced a number of etchings of capriccio and veduta of classical buildings or ruins. He worked with Robert Adam in the decoration of houses in England, including Kenwood, Newby Hall, Osterley Park, Nostell Priory, and Luton House.

Lady Borington commissioned him to paint the ceilings of rooms redesigned by Robert Adam at Saltram House in Devon. She also bought paintings from his wife for the house.