The Artist died in 1877 so this work is in the public domain in its country of origin and other countries where the copyright term is the Artist's life plus 70 years or fewer. 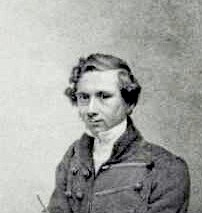 Johann Philipp Eduard Gaertner was a German painter who specialized in depictions of urban architecture.
In 1806, he moved with his mother to Kassel, where he received his first drawing lessons. They returned to Berlin in 1813 and he took up a six-year apprenticeship at the Royal Porcelain Factory. Although many artists had begun their careers at the Factory, he felt that the instruction provided was superficial and took drawing classes at the Academy of Arts.

In 1821, he accepted a position as a decorative painter in the studios of Carl Wilhelm Gropius, the Royal Court Theater painter, where he remained until 1825. During this time, he became increasingly attracted to architectural painting. He was able to finance a study trip to Paris by selling a portrait of King Friedrich Wilhelm III of Prussia to the Royal family. While there, he acquired more skill in the manipulation of light and atmosphere, and was inspired by the magnificent vistas of medieval buildings to devote himself almost entirely to painting vedute.

Upon his return to Berlin, he became a free-lance painter. In 1829, he married and ultimately had twelve children. Over the next ten years, he devoted himself to documenting the Biedermeier style buildings of Berlin and, with Royal customers in mind, produced a series of scenes depicting the castles in Bellevue, Charlottenburg and Glienicke. In 1833, he was admitted to the Academy and designated a "Perspective Painter".

The following year, he began his most famous work: a six panel panorama of Berlin. It was painted from the roof of the Friedrichswerder Church, which is flat (and a popular place for sightseers, because all of the city's best-known buildings can be seen from there). This work was purchased by the King and a second version was bought by the King's daughter, Tsarina Alexandra Feodorovna. Its purchase became the occasion for a trip to Moscow and St. Petersburg (1837–1838), during which Gaertner painted extensively.

In 1840, King Friedrich Wilhelm III died. His successor, Friedrich Wilhelm IV, preferred Italian-style paintings with Greek landscapes and bought very little from Gaertner who, without the income from his principal client, soon began to have financial difficulties.

He eventually made contact with a group that was interested in the protection and restoration of monuments and needed to have an illustrated inventory of them. As a result, Gaertner travelled to villages and towns throughout Prussia, making watercolor sketches, including scenic views meant to be sold on his return to Berlin. By this means, he was able to attract some middle-class customers, but they proved to be no substitute for Royal patronage. He began to turn away from architecture, producing romantic scenes full of steep cliffs, Gypsies, ruins and oak trees, but never restored that patronage. His paintings from this period are generally considered to be inferior.

As the century progressed, he increasingly suffered from competition with the newly emerging art of photography. In 1870, he and his family decided to leave the hectic atmosphere of Berlin and settle in Flecken Zechlin, a rural area near Rheinsberg. It was there that he died in 1877. His widow requested an annual allowance of 150 Marks from the Artist Support Fund of the Academy, but her application was denied. His works were virtually forgotten until the "Deutschen Jahrhundert-Ausstellung" of 1906, when they were shown again. Major exhibitions were staged in 1968, 1977 and 2001. 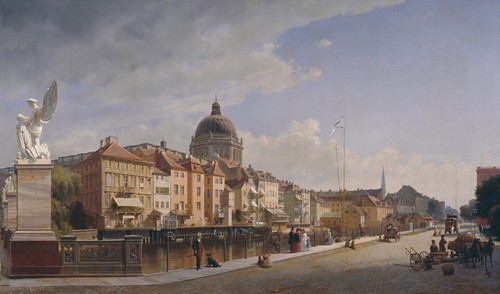 Rear view of the Houses at Schloßfreiheit (1855) 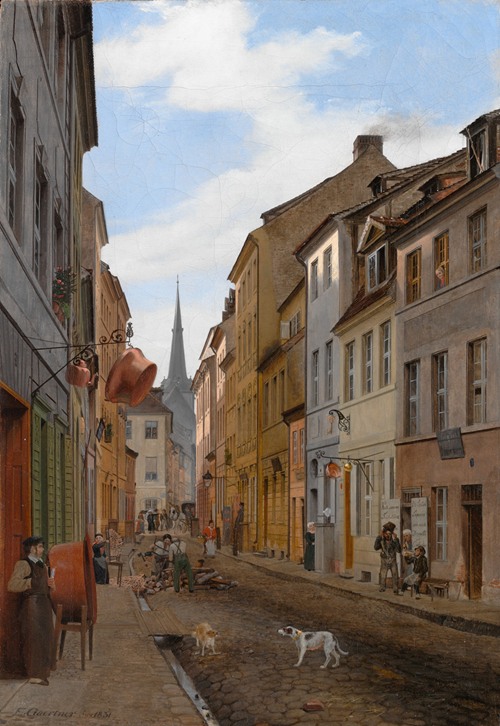 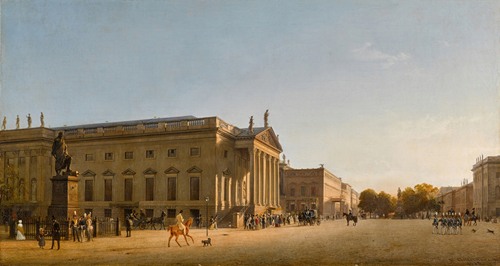 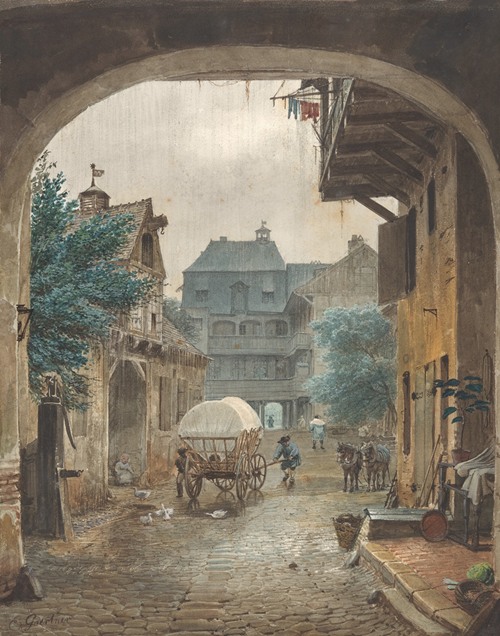 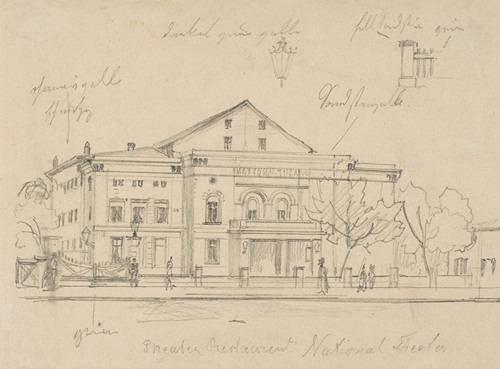 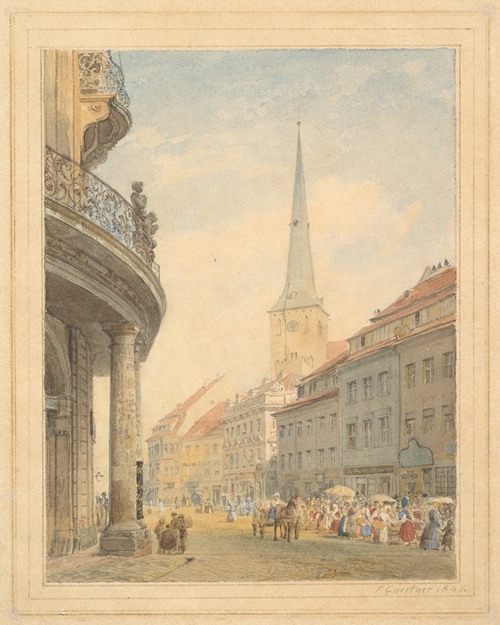 View of Berlin with the Ephraim Palais at Left (1847) 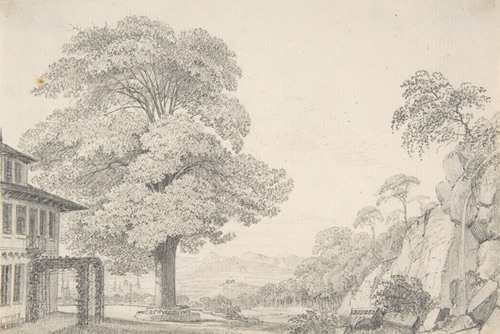 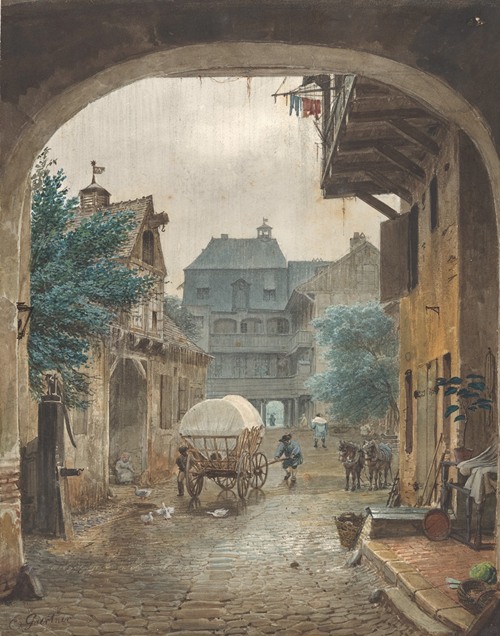 Rear view of the Houses at Schloßfreiheit (1855)

View of Berlin with the Ephraim Palais at Left (1847)