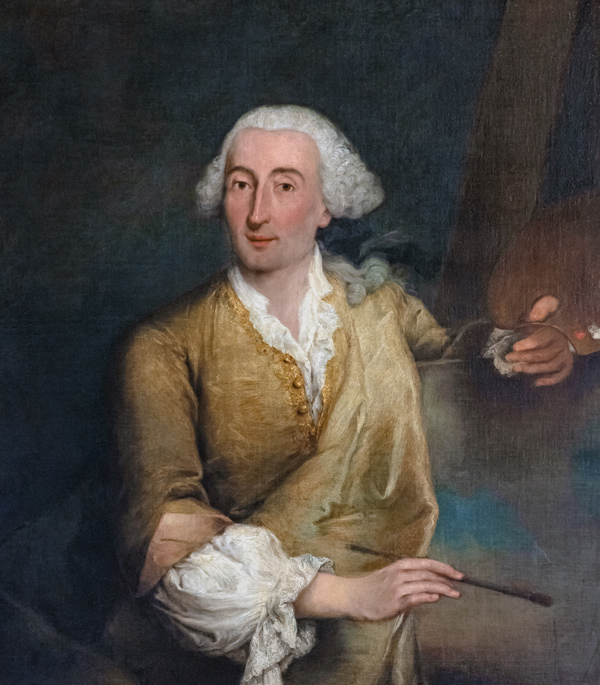 Francesco Lazzaro Guardi was an Italian painter, nobleman, and a member of the Venetian School. He is considered to be among the last practitioners, along with his brothers, of the classic Venetian school of painting.

In the early part of his career he collaborated with his older brother Gian Antonio in the production of religious paintings. After Gian Antonio's death in 1760, Francesco concentrated on vedute. The earliest of these show the influence of Canaletto, but he gradually adopted a looser style characterized by spirited brush-strokes and freely imagined architecture.

Francesco Guardi was born in Venice into a family of nobility from Trentino. His father Domenico (born in 1678) and his brothers Niccolò and Gian Antonio were also painters, later inheriting the family workshop after the father's death in 1716. They probably all contributed as a team to some of the larger commissions later attributed to Francesco. His sister Maria Cecilia married the pre-eminent Veneto-European painter of his epoch, Giovanni Battista Tiepolo.

In 1735, Guardi moved to the workshop of Michele Marieschi, where he remained until 1743. His first certain works are from 1738, for a parish at Vigo d'Anuania, in Trentino. In this period he worked alongside his older brother, Gian Antonio. The first work signed by Francesco is a Saint Adoring the Eucharist (c. 1739).

His works in this period included both landscapes and figure compositions. His early vedutas show influence both from Canaletto and Luca Carlevarijs. On 15 February 1757, he married Maria Mattea Pagani, the daughter of painter Matteo Pagani. In 1760 his brother Gian Antonio died and his first son, Vincenzo, was born. His second son, Giacomo, was born in 1764.

In 1763 he worked in Murano, in the church of San Pietro Martire, finishing a Miracle of a Dominican Saint clearly influenced by Alessandro Magnasco in its quasi-expressionistic style.

Francesco Guardi's most important later works include the Doge's Feasts, a series of twelve canvases celebrating the ceremonies held in 1763 for the election of Doge Alvise IV Mocenigo. In his later years, Canaletto's influence on his art diminished, as shown by the Piazzetta in the Ca' d'Oro of Venice. In circa 1778, he painted the severe Holy Trinity Appearing to Sts. Peter and Paul in the parish church of Roncegno.

In 1782 Guardi was commissioned by the Venetian government six canvases to celebrate the visit of the Russian Archdukes in the city, of which only two remain, and two others for that of Pope Pius VI. On September 12 of that year he was admitted to the Fine Art Academy of Venice.

A stronger attention to colours is present in late works such as the Concerto of 80 Orphans of 1782, now in Munich, in the Façade of Palace with Staircase in the Accademia Carrara of Bergamo. 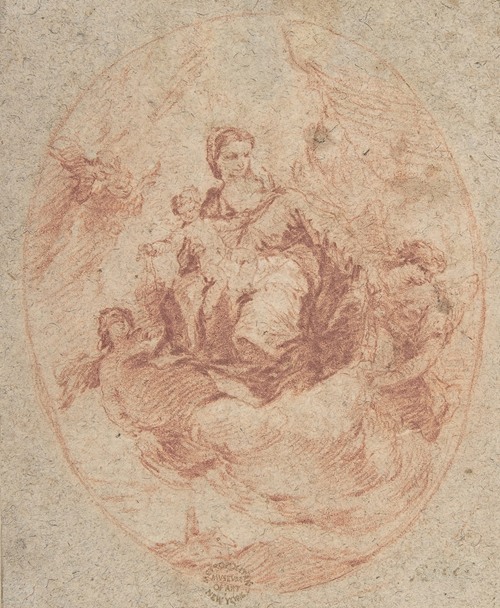 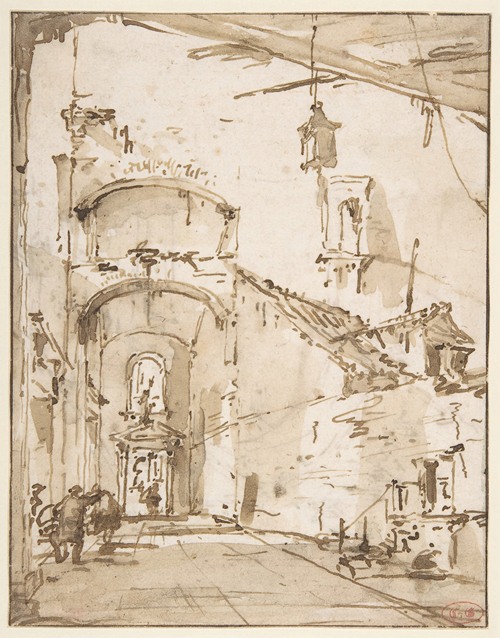 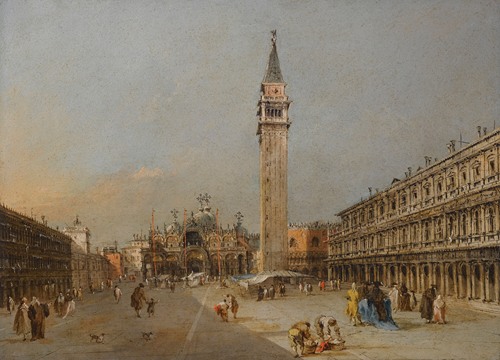 The Piazza San Marco With The Basilica And Campanile 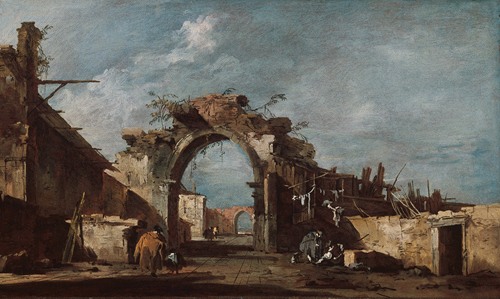 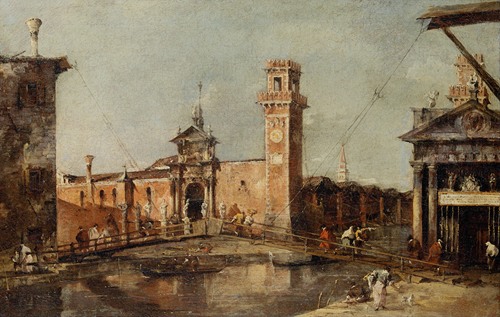 The Entrance to the Arsenal in Venice 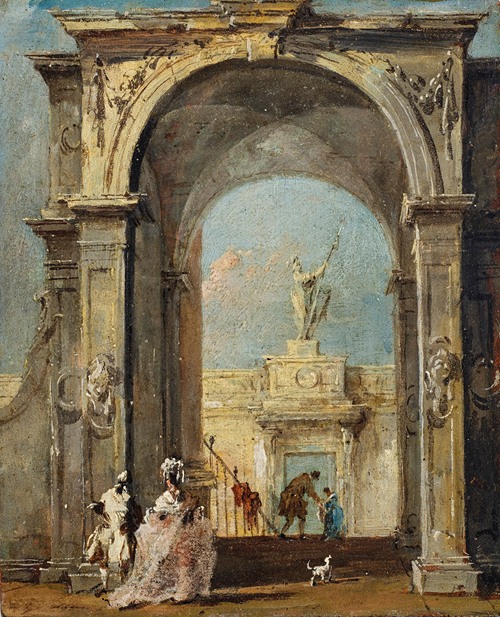 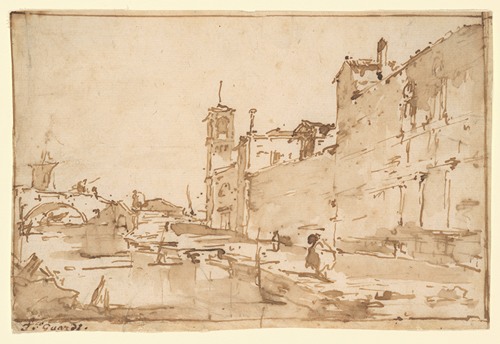 The Piazza San Marco With The Basilica And Campanile

The Entrance to the Arsenal in Venice