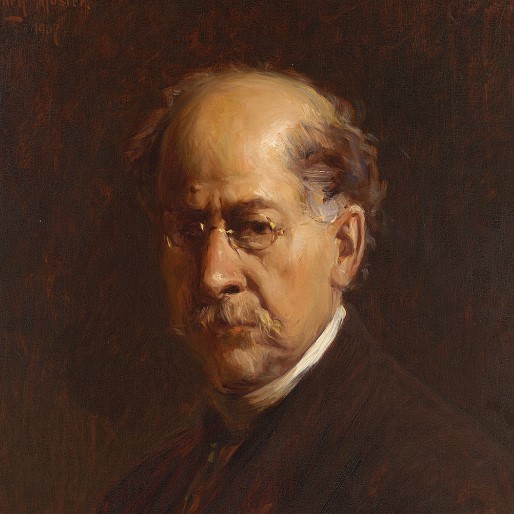 Henry Mosler was a German-born painter who documented American life, including colonial themes, Civil War illustrations, and portraits of men and women of society.

He was born in Tropplowitz, Silesia, Prussia (present-day Opawica, Poland), and moved with his family to New York in 1849, when he was 8 years old. His father, Gustavus Mosler, had worked as a lithographer in Europe, but in New York he found work as a cigar maker and tobacconist. In 1851, the family relocated to Cincinnati, Ohio, the site of a substantial German-Jewish community. Henry was apprenticed to a wood engraver, Horace C. Grosvenor, while still in his early teens, and also was taught the basics of painting by an amateur landscape painter, George Kerr.

After studying drawing by himself, Mosler became a draughtsman for a comic paper, the Omnibus (Cincinnati), in 1855. From 1859-1861 he studied under James Henry Beard, and in 1862-63, during the American Civil War, served as an art correspondent of Harper's Weekly. As with most Jews in the North, Mosler was a strong Union supporter, and Harper's Weekly served as an important voice for the Union forces. He was an aide-de-camp with the army of Ohio from 1861-1863, and published 34 drawings in Harper's, 18 of them depicting the Kentucky and Ohio Campaign in 1862. He also did portraits of several generals.

In 1863 Mosler went to Düsseldorf, where for almost three years he was at the Royal Academy, and studied under Heinrich Mücke and Albert Kindler; he subsequently went to Paris, where he studied for six months under Ernest Hébert. He returned to Cincinnati in 1866, where received numerous portrait commissions. He also created the first painting for which he received a significant degree of recognition, "The Lost Cause," which he exhibited at the National Academy of Design in 1868. This was soon followed by the group "Betsy Ross Making the First American Flag."

In 1874, Mosler returned to France, having married Sara Cahn of Cincinnati in 1869. He studied for three years under Carl Theodor von Piloty in Munich, where he won a medal at the Royal Academy. In 1877, he moved to France. While living in Brittany, he painted "The Quadroon Girl" and "Early Cares," both of which were accepted by the Salon of 1879. His "Le Retour," from the Paris Salon of 1879, was the first American painting ever bought for the Luxembourg Palace. He received a silver medal at the Salons in Paris 1889, and gold medals at Paris, 1888, and Vienna, 1893.

In 1894 he moved his family to New York, opening a studio in Carnegie Hall. He served as an associate in the National Academy of Design, and continued painting well into the 20th century. He died of heart failure at the age of 78. 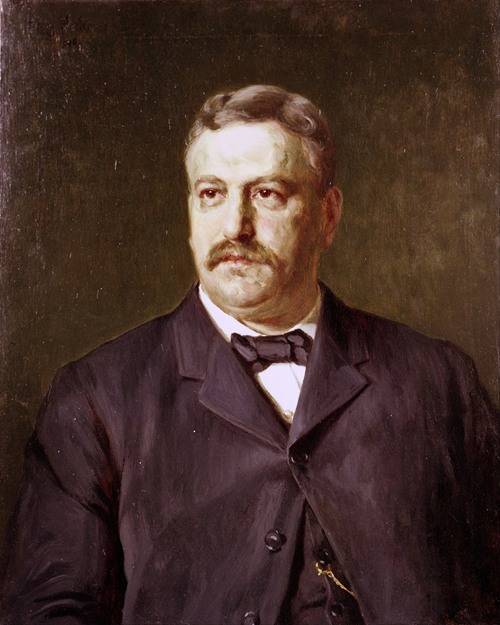 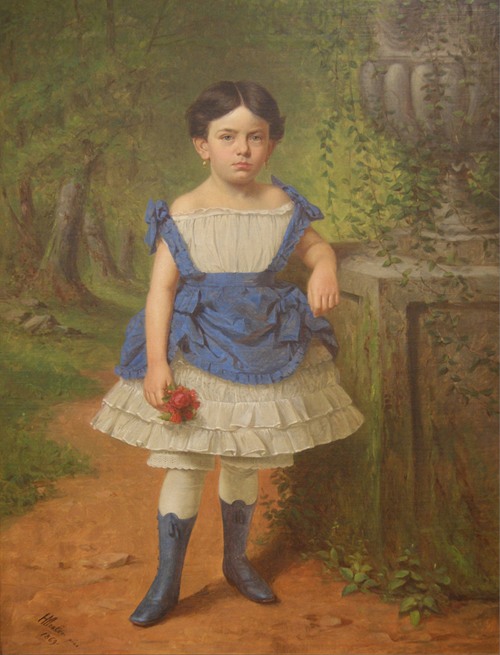 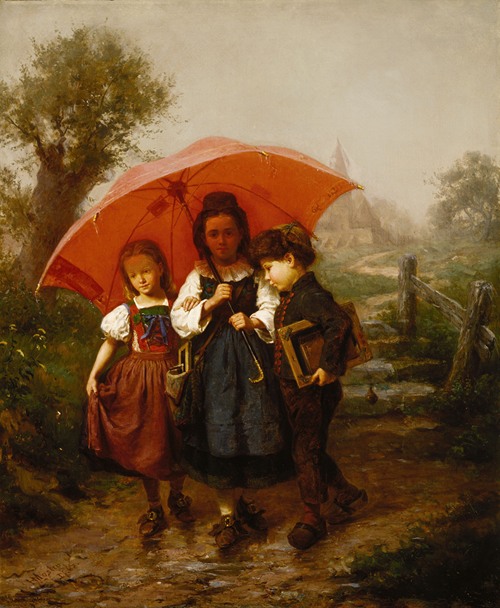