The Pietà with two Angels

The Artist died in 1579 so this work is in the public domain in its country of origin and other countries where the copyright term is the Artist's life plus 70 years or fewer.

Marcello Venusti was an Italian Mannerist painter active in Rome in the mid-16th century.

Native to Mazzo di Valtellina near Como, he was reputed to have been a pupil of Perino del Vaga. He is known for a scaled copy in oils (now Museo di Capodimonte, Naples) of Michelangelo's Last Judgement in the Sistine Chapel, commissioned by Cardinal Alessandro Farnese, and completed in the master's lifetime and meeting his approval. This is the best record of how the fresco looked before many of the nude figures had draperies added in the 1560s, though Venusti quietly adjusted some of Michelangelo's discrepancies in scale between the figures.

His painting of Christ in the Garden is in the Galleria Doria Pamphilj. Buonarroti engaged him to paint an Annunciation from his design for the Capella de' Cesi in the church of Santa Maria della Pace. The copy of the Last Judgment is now at Naples. In the Palazzo Borghese there is a Christ bearing His Cross by him, from a design by Michelangelo. A Prayer on the Mount of Olives is in Sant' Ignazio at Viterbo, and a Holy Family and a Christ expelling the Money-Changers in the National Gallery in London. Alnwick Castle in Northumberland also displays a Holy Family. There is also a Christ in Purgatory in Palazzo Colonna in Rome. 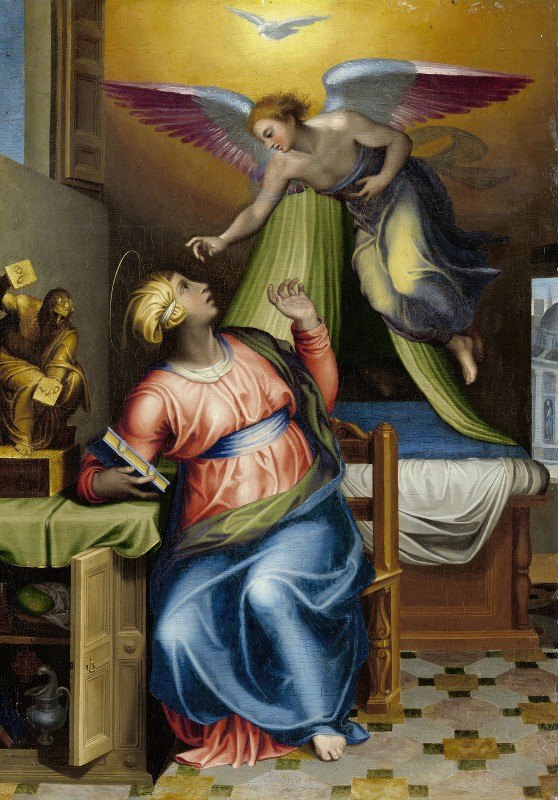 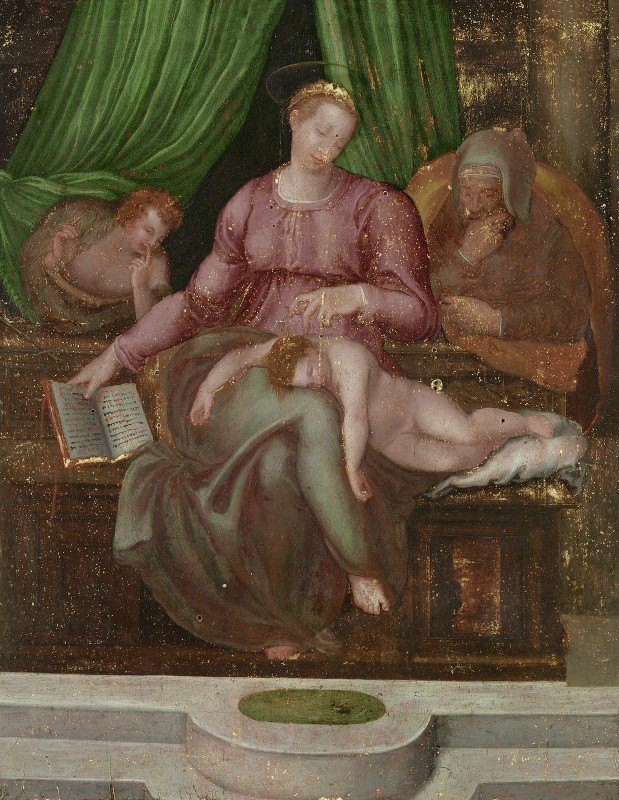