The Artist died in 1868 so this work is in the public domain in its country of origin and other countries where the copyright term is the Artist's life plus 70 years or fewer.

Gakutei was born in Osaka around 1786, though his exact year of birth is somewhat unclear. He was the illegitimate son of the samurai known as Hirata who served under the Tokugawa shogunate. Gakutei's mother later married into the Yashima clan, explaining the artist's name. For some time, he worked in Osaka, focusing chiefly on woodblock prints called surimono in addition to book illustrations. Most of what is known about Gakutei has been surmised from the subjects and context of his work.

Gakutei is noted for the quality in his wood printing works and for his general contributions to the body of ukiyo-e artwork. Specifically, critics have noted his technical prowess and precision, his skill in embossing, and that his specialization in surimono exceeded that of his teacher, Hokkei. Some of his work included a set of five woodblock prints featuring young women performing gagaku, a traditional kind of court music from the Heian period. Each woman plays an instrument: a reed called a shō, a woodwind called a ryūteki, a koto, a stringed instrument called a biwa, and a drum called a tsuri-daiko. Gakutei also illustrated an entire book called the Kyōka Suikoden (狂歌水滸伝) related to the translated Chinese novel Suikoden. Gakutei also created landscapes and seascapes for books, which are rare pieces amongst Hokusai's pupils.

Gakutei is also known for his prolific writing; he wrote many humorous poems called kyōka and used them in his artwork and prints. Additionally, he was responsible for a Japanese translation of Journey to the West, for which he also completed illustrations. 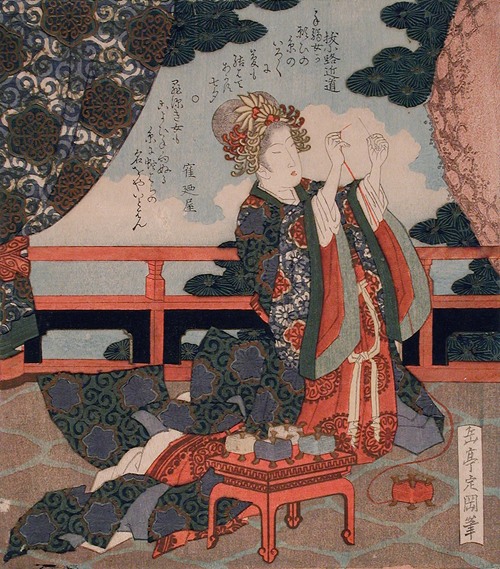 Representing the Tanabata Festival; Weaver Princess Threading a Needle (circa 1820-1830) 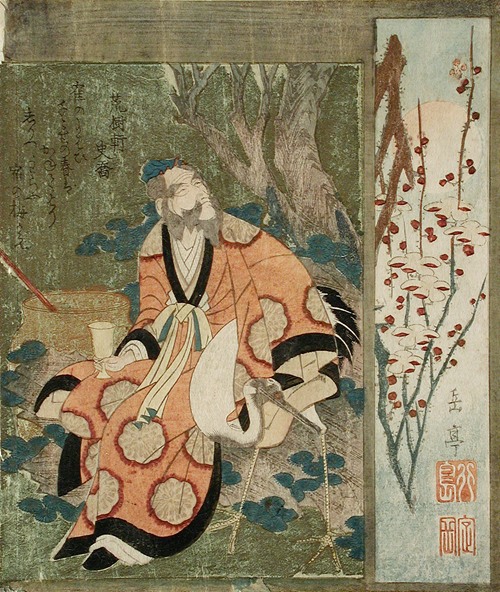 Daoist Immortal Rin Nasei and a Crane (circa 1820) 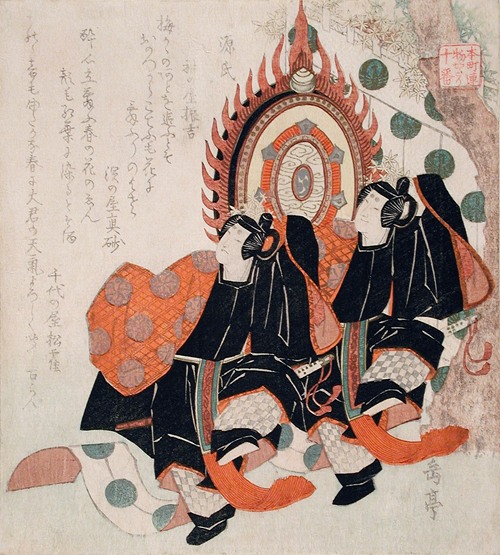 Prince Genji and Tō no Chūjō Performing the Dance of the Blue Wave, from the Tale of Genji (circa 1819) 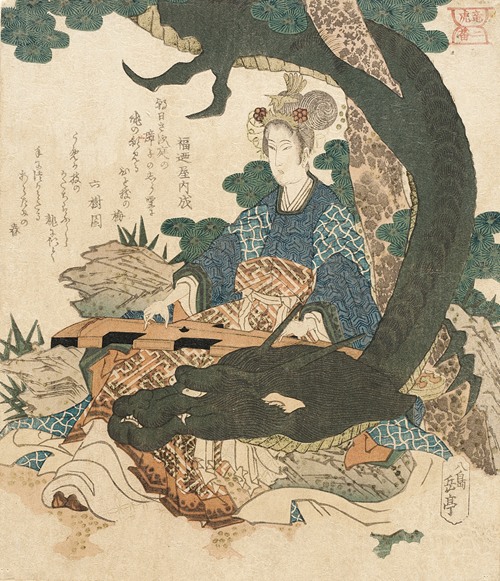 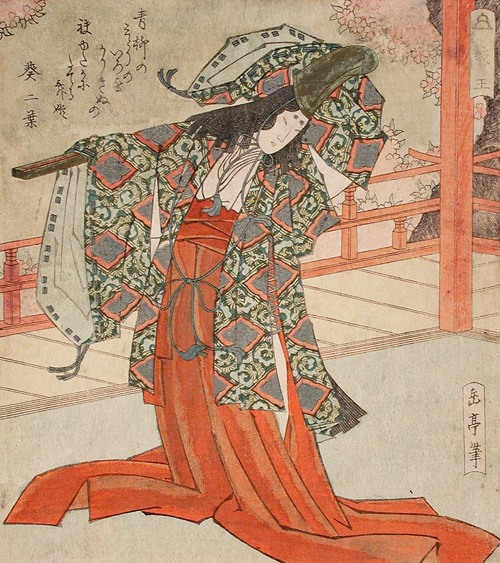 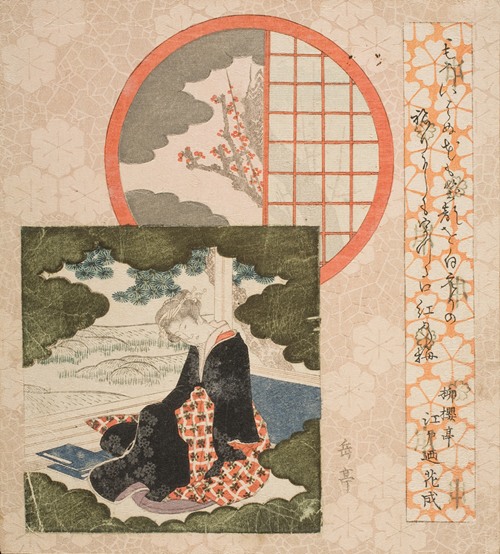 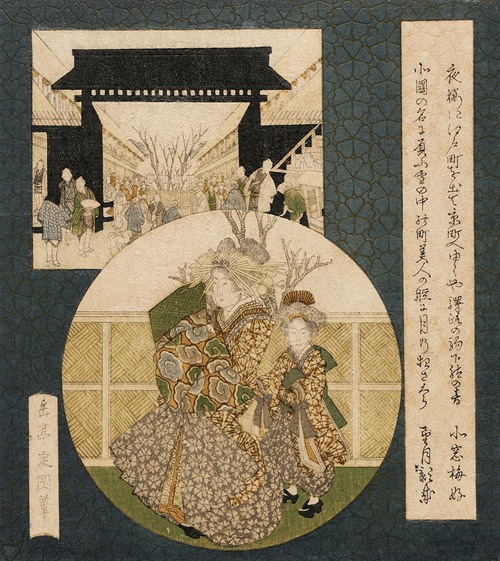 Courtesan and Attendant at the Yoshiwara District Gate (circa 1820) 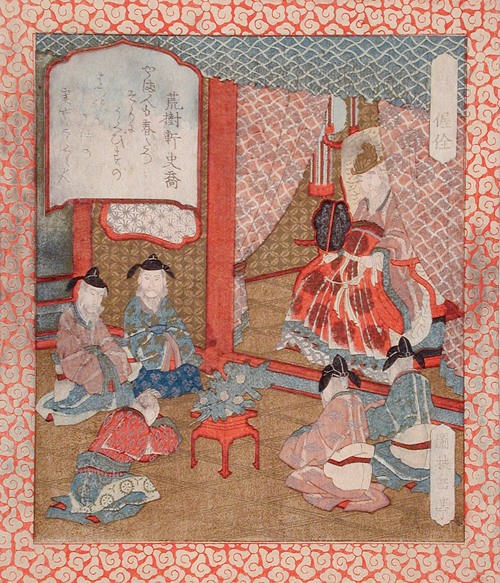 Longevity; The Immortal Wo Quan’s Present of Pine Branches to the Emperor Yao (circa 1824)

Representing the Tanabata Festival; Weaver Princess Threading a Needle (circa 1820-1830)

Daoist Immortal Rin Nasei and a Crane (circa 1820)

Prince Genji and Tō no Chūjō Performing the Dance of the Blue Wave, from the Tale of Genji (circa 1819)