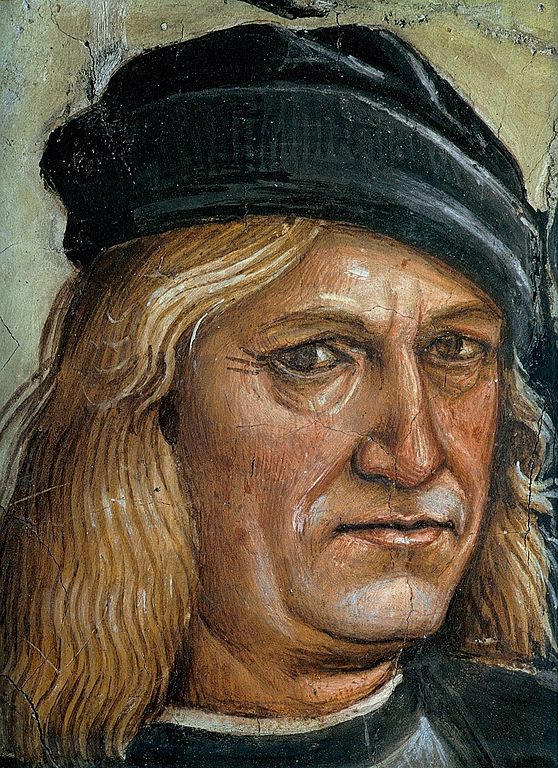 Luca Signorelli was an Italian Renaissance painter who was noted in particular for his ability as a draftsman and his use of foreshortening. His massive frescoes of the Last Judgment (1499–1503) in Orvieto Cathedral are considered his masterpiece.

He was born Luca d'Egidio di Ventura in Cortona, Tuscany (some sources call him Luca da Cortona). The precise date of his birth is uncertain, but birth dates between 1441 and 1445 have been proposed. He died in 1523 in his native Cortona, where he is buried. He was likely between seventy-eight and eighty-two years old. He is considered to be part of the Tuscan school, although he also worked extensively in Umbria and Rome.

His first impressions of art seem to originate in Perugia — including the styles of artists such as Benedetto Bonfigli, Fiorenzo di Lorenzo and Pinturicchio. Lazzaro Vasari, the great-grandfather of art historian Giorgio Vasari, was Luca's maternal uncle. According to Giorgio Vasari, Lazzaro had Luca apprenticed to Piero della Francesca. In 1472 the young artist was painting at Arezzo, and in 1474 at Città di Castello. He presented to Lorenzo de' Medici a work which is likely School of Pan. Janet Ross and her husband Henry discovered the painting in Florence circa 1870 and subsequently sold it to the Kaiser Frederick Museum in Berlin, though it was destroyed by allied bombs in WWII. The painting's subject is almost the same as that which he also painted on the wall of the Petrucci palace in Siena—the principal figures being Pan himself, Olympus, Echo, a man reclining on the ground, and two listening shepherds.

Signorelli worked in Rome from 1478 to 1484. In 1484 he returned to his native Cortona, which remained his home until his death. In the Monastery of Monte Oliveto Maggiore south of Siena he painted eight frescoes, forming part of a vast series depicting the life of St. Benedict; they are at present much injured. In the palace of Pandolfo Petrucci he worked upon various classic or mythological subjects, including the aforementioned School of Pan. Signorelli remained healthy until his death, continuing to paint and accept commissions into his final year, including the altarpiece of the Church at Foiano.

Madonna and Child with Saints and Angels (mid or late 1510s)

The Presentation In The Temple

The Assumption of the Virgin with Saints Michael and Benedict (ca. 1493–96)

The Resurrected Christ Appearing to His Disciples (ca. 1514)