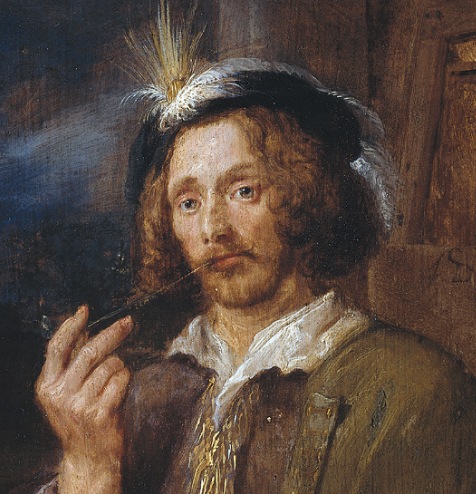 Jan Davidsz. de Heem or in-full Jan Davidszoon de Heem, also called Johannes de Heem or Johannes van Antwerpen or Jan Davidsz de Hem, was a still life painter who was active in Utrecht and Antwerp. He is a major representative of that genre in both Dutch and Flemish Baroque painting.

He moved to the Southern Netherlands and joined the Guild of Saint Luke of Antwerp in 1635 or 1636 and became a burgher of that city in 1637. However he was often absent, as attested by the duties he had to pay for this. His remarkable talent gained him a considerable reputation. He could hardly satisfy the demand. De Heem was considered one of the greatest painters of his time. He was well paid and a portrait of Prince William III surrounded by a cartouche of flowers and fruit was sold for 2000 guilders, one of the highest prices ever paid for a painting during the Dutch Golden Age. His sons worked together with him in his workshop on the commissions for new paintings. He retouched their work and put his signature on the paintings.

He remained in Antwerp until 1667, when he moved back to Utrecht, where records trace his presence from 1668 to 1671. He left Utrecht in 1671 when French troops were approaching the city. It is not known when he finally returned to Antwerp, but his death there is recorded in the guild books.

De Heem was one of the greatest painters of still lifes in the Netherlands, combining a brilliance and harmony of colour along with an accurate rendering of objects: flowers, in all their variety; European and tropical fruits; lobsters and oysters; butterflies and moths; stone and metal; snails and sea shells.

His still lifes included fruit pieces, vanitas still lifes and flower pieces, but he is best known for his ornate or sumptuous still lifes, the so-called 'pronkstillevens'. Some of his works are displays of abundance; others, only a festoon or a nosegay.

Often he would convey a moral or illustrate a motto: a snake lying coiled under grass; a skull on plants in bloom. Gold and silver cups or tankards are suggestive of the vanity of earthly possessions. Salvation is seen allegorically as a chalice amid blossoms, and death as a crucifix in a wreath. Sometimes de Heem painted, alone or with others, Madonnas or portraits in garlands of fruit or flowers.

His signature varied: his initials (J. De Heem f.), or Johannes (IOANNES DE HEEM F.), or his father's name adjoined to his own (J. D. De Heem f.). Occasionally he provided a date (such as A. i65i), especially with his best work. 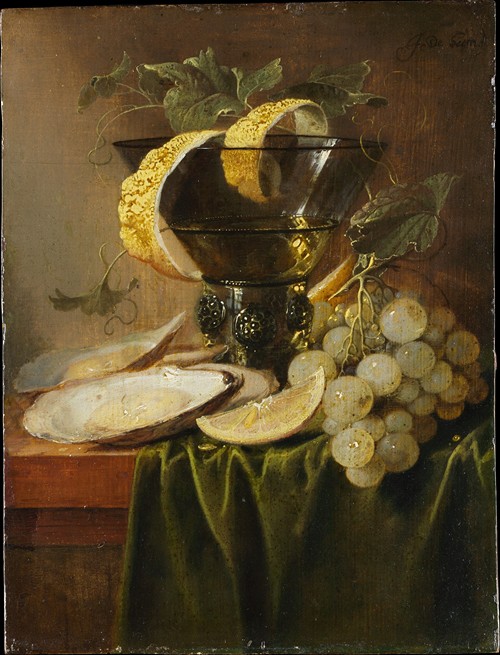 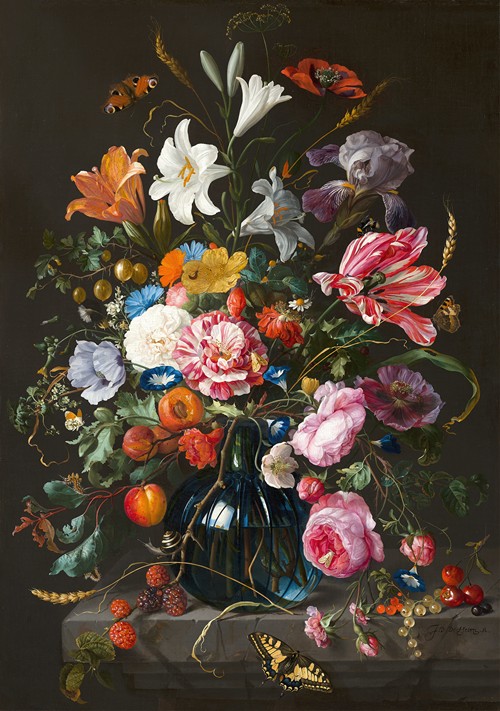 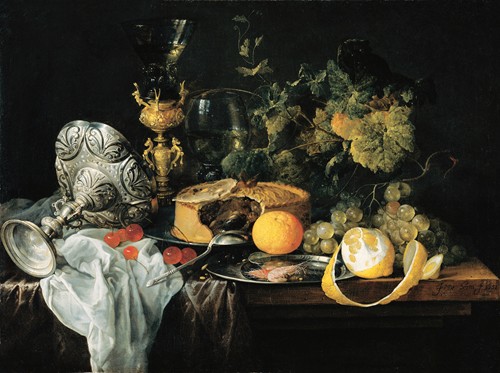 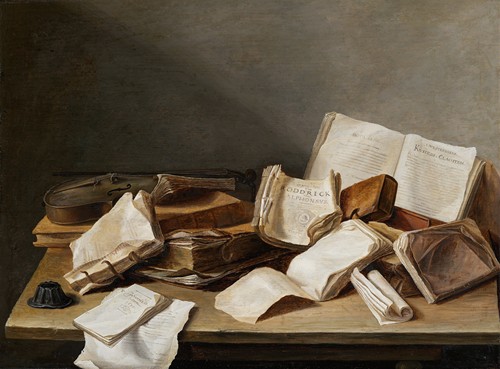 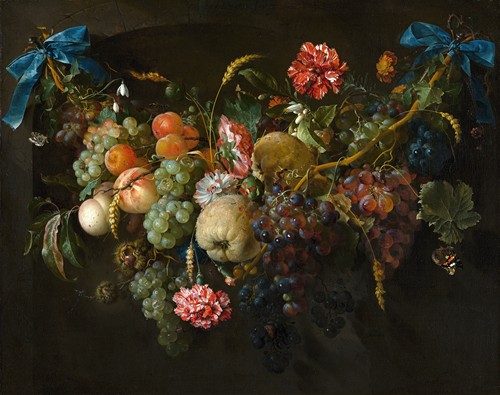 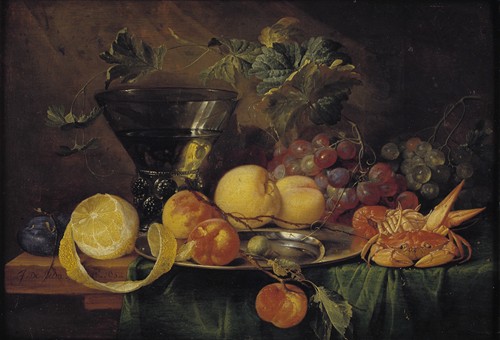 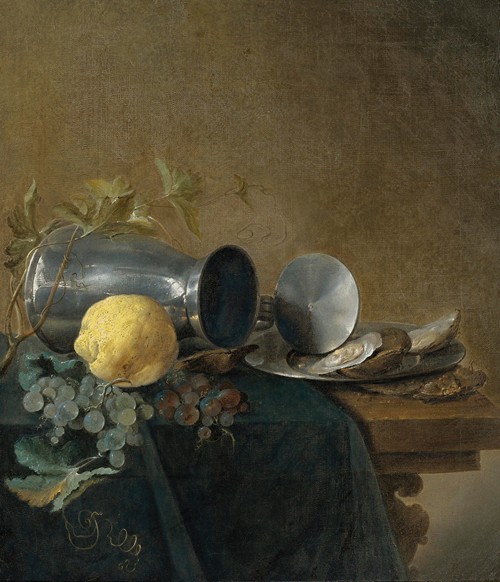 Still Life Of A Pewter Tankard, Lemon, Oysters And Grapes 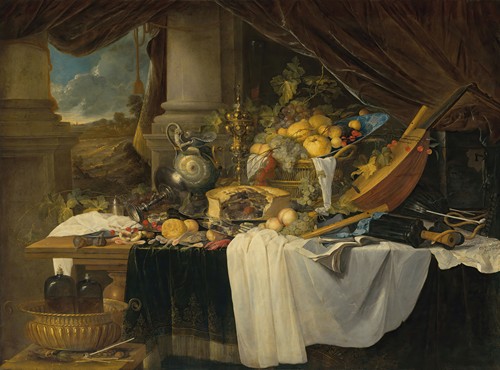