The Artist died in 1824 so this work is in the public domain in its country of origin and other countries where the copyright term is the Artist's life plus 70 years or fewer. 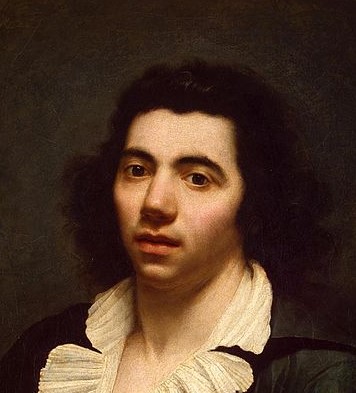 Anne-Louis Girodet de Roussy-Trioson (or de Roucy), also known as Anne-Louis Girodet-Trioson or simply Girodet, was a French painter and pupil of Jacques-Louis David, who participated in the early Romantic movement by including elements of eroticism in his paintings. Girodet is remembered for his precise and clear style and for his paintings of members of the Napoleonic family.

Girodet was born at Montargis. Both of his parents died when he was a young adult. The care of his inheritance and education fell to his guardian, a prominent physician named Benoît-François Trioson, "médecin-de-mesdames", who later adopted him. The two men remained close throughout their lives and Girodet took the surname Trioson in 1812. In school he first studied architecture and pursued a military career. He changed to the study of painting under a teacher named Luquin and then entered the school of Jacques-Louis David. At the age of 22 he successfully competed for the Prix de Rome with a painting of the Story of Joseph and his Brethren. From 1789 to 1793 he lived in Italy and while in Rome he painted his Hippocrate refusant les presents d'Artaxerxes and Endymion-dormant (now in the Louvre), a work which gained him great acclaim at the Salon of 1793 and secured his reputation as a leading painter in the French school.

Once he returned to France, Girodet painted many portraits, including some of members of the Bonaparte family. In 1806, in competition with the Sabines of David, he exhibited his Scène de déluge (Louvre), which was awarded the decennial prize. In 1808 he produced the Reddition de Vienne and Atala au tombeau, a work which won immense popularity, by its fortunate choice of subject – François-René de Chateaubriand's novel Atala, first published in 1801 – and its remarkable departure from the theatricality of Girodet's usual manner. He would return to his theatrical style in La Révolte du Caire (1810).

In his forties his powers began to fail, and his habit of working at night and other excesses weakened his constitution. In the Salon of 1812 he exhibited only a Tête de Vierge; in 1819 Pygmalion et Galatée showed a further decline of strength. In 1824, the year in which he produced his portraits of Cathelineau and Bonchamps, Girodet died on December 9 in Paris. At a sale of his effects after his death, some of his drawings realized enormous prices. 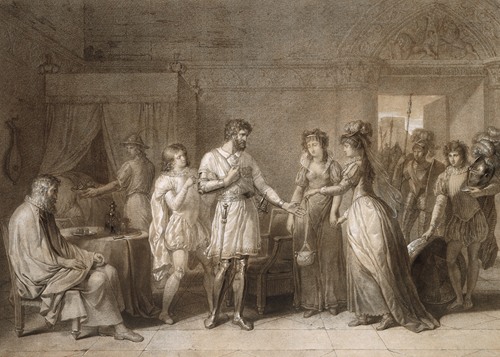 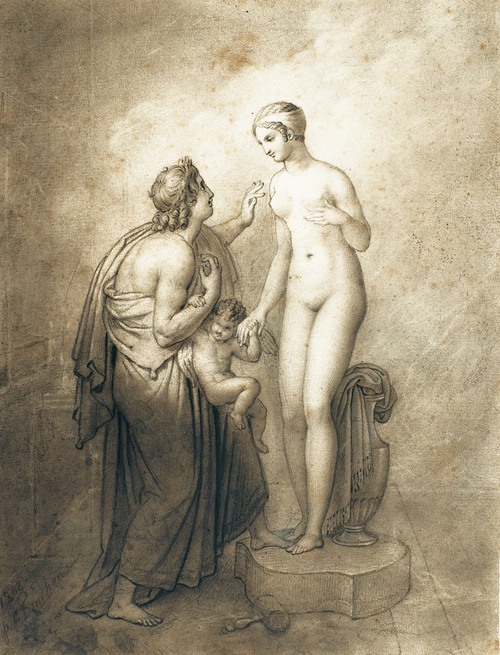 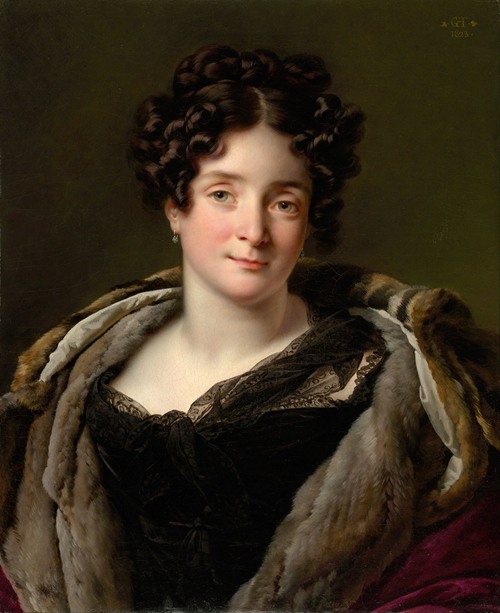 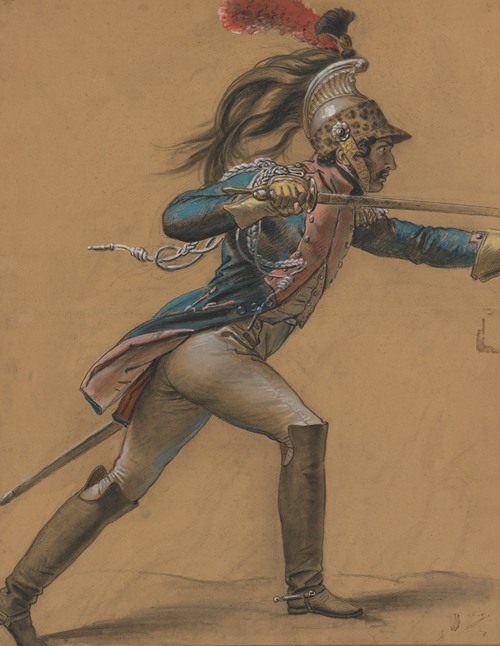 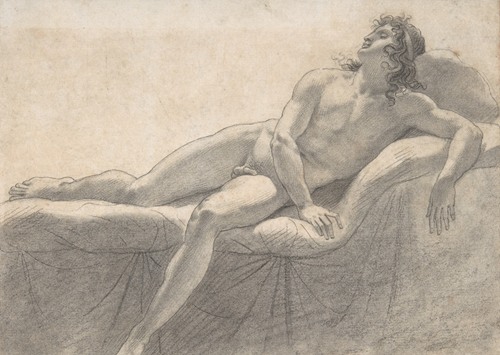 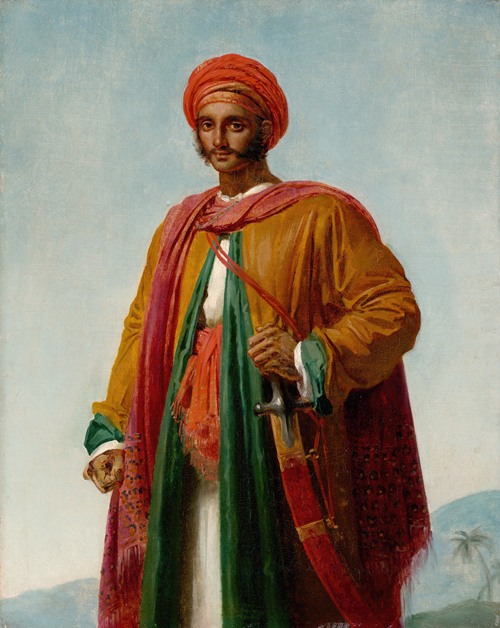 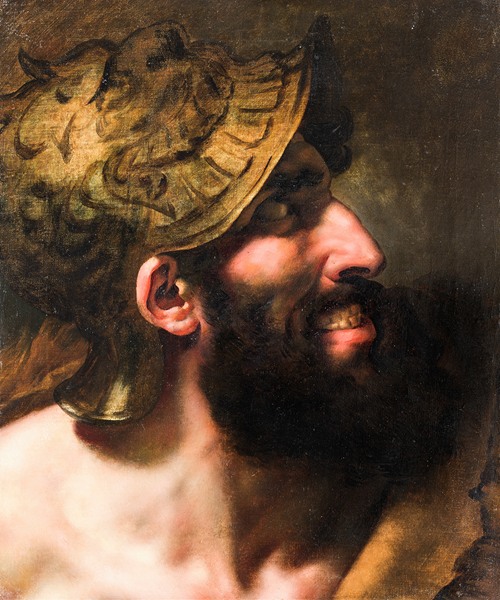