Still Life with Strawberries and Lilacs

He was Born in Troy, New York. Brown began his career as a portraitist, studying under Abel Buell Moore, Troy’s preferred portraitist.

Brown painted portraits, landscapes, and trompe-l'œil still lifes.
One of the better known of the Hudson River School’s second generation, he was renowned for romantic landscapes and still lifes.

He was influenced by Thomas Cole and others of the first generation of the Hudson River’s School, Brown was also heavily influenced by the Pre-Raphaelite's. In 1850, he moved to Newark, New Jersey, and began specializing in landscape painting. In 1858, he moved to Brooklyn, New York, and switched to painting still lifes.

In 1898 Brown came down with heatstroke on August 26, and died at his home in Brooklyn, New York on September 2. 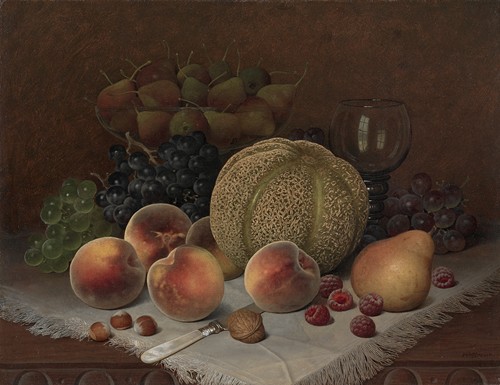 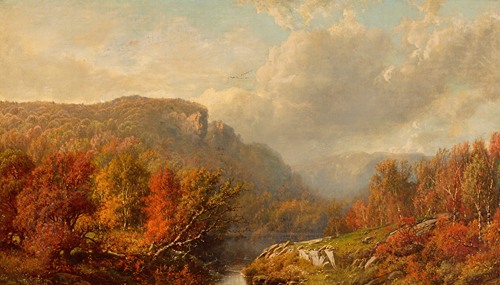 October in the Blue Mountains 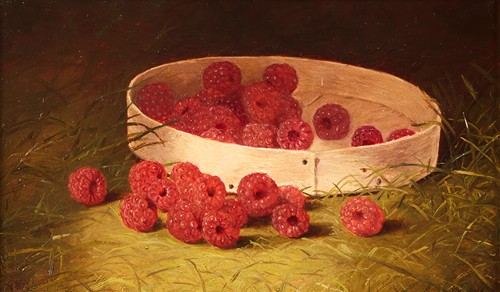 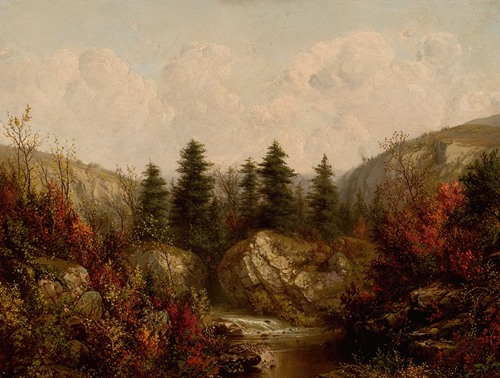 River through an Autumn Forest

October in the Blue Mountains

River through an Autumn Forest