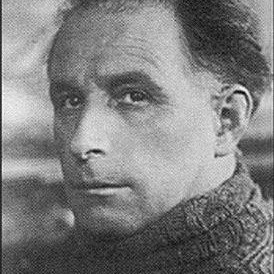 Gustave Franciscus De Smet was a Belgian painter. Together with Constant Permeke and Frits Van den Berghe, he was one of the founders of Flemish Expressionism. His younger brother, Léon De Smet [fr], also became a painter.

He was born in Ghent. His father, Jules, was a set decorator and photographer. Both Gustave and his brother began working in their father's studio, then attended the Royal Academy of Fine Arts, where they studied under Jean Delvin. Unlike Léon, Gustave was considered to be an indifferent student.

In 1908, he and his wife followed Léon to the artists' colony in Sint-Martens-Latem. There, they initially came under the influence of Luminism and the painter Emile Claus, who lived in nearby Astene. At the beginning of World War I, he and his family joined his friend, Van den Berghe, and fled to the Netherlands. From 1914 to 1922, they moved about, visiting and staying at the art colonies in Amsterdam, Laren and Blaricum. His meeting with the Expressionist painter Henri Le Fauconnier marked a turning point in his style which, up until then, owed much to Cubism.

He returned to Belgium in 1922, but continued to move frequently, usually in the company of his friends Van den Berghe and Permeke, beginning in Oostende, then to Bachte-Maria-Leerne and Afsnee, where he lived in a villa provided by the art promoter and journalist, Paul-Gustave van Hecke. In 1927, he finally settled in Deurle.

It was there that his mixture of Expressionism and Cubism peaked, with a series of works depicting circus, fairground and village scenes. After his death in Deurle at the age of sixty-six, his house was preserved as a local museum.

The Green Dome Church in Amsterdam (1919)

Landscape with a Potato Lifter (1920)