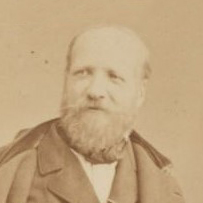 Edouard-Henri Girardet was a Swiss-born French painter and engraver.

In 1822, his family moved to Paris. He was already involved in woodcutting around 1828. Three years later, he took classes in ornamental sculpting at the "École Royale Gratuite de Dessin" in Paris. From 1836, he worked on creating drawings for Les Galeries Historiques de Versailles, by Charles Gavard. During this time, he took painting lessons from his brother, Karl.

In 1839, he went back to Switzerland, where he created scenes from the Bernese Oberland; the first in a long series of rural genre paintings. In 1842, he and Karl took trip to Egypt, where he produced some Orientalist works. Following their trip, he went to live in Brienz, and was married there in 1845.

His family grew rather large so, to secure their livelihood, from 1855 he was engaged in making reproductive engravings for the French art dealer and publisher, Adolphe Goupil; a commission which had been secured through Karl's mediation. In 1857, he went back to Paris, where he focused on engravings of works by well-known artists, including Paul Delaroche, Horace Vernet and Jean-Léon Gérôme.

In 1866, he was made a Knight in the Legion of Honor. During the Franco-Prussian War, he lived in Brienz. Beginning in the mid-1870s, he took up painting again, and made lengthy trips to Brittany, Italy and North Africa, to provide himself with motifs. 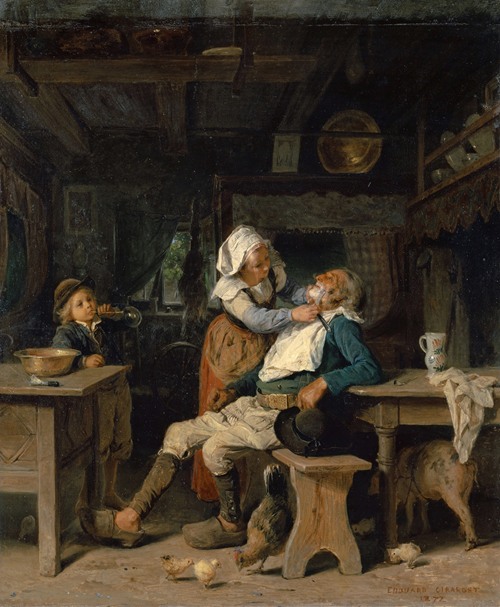 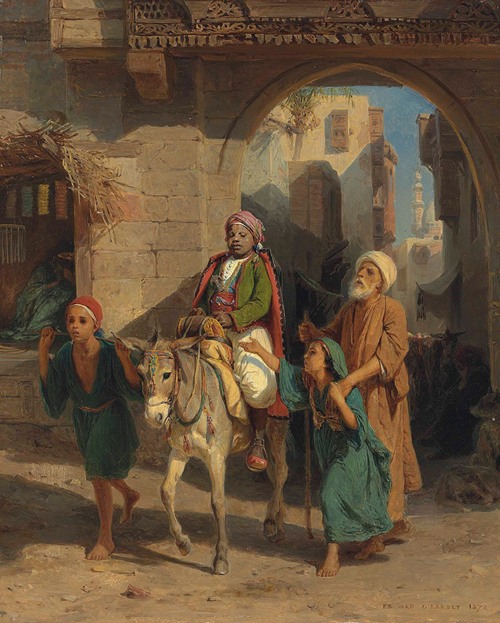 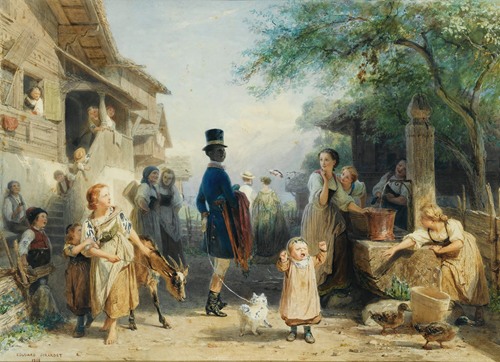 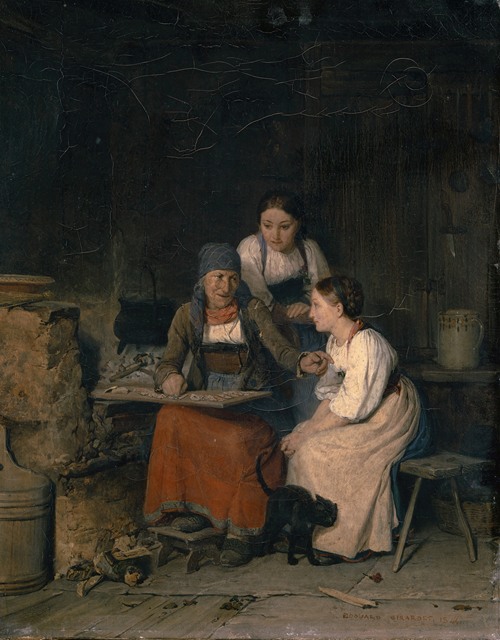