Scene near Uffing on the Staffelsee

Anton Doll was born the son of a teacher in Munich on 3 March 1826. His marked talent for drawing was even apparent in his school days, and was encouraged by his teacher, the painter and lithograph Franz Dahmens. After passing his leaving certificate in 1846, Doll studied law at Munich University, but broke off his studies in 1849 to devote himself totally to painting. Just three years later, he became a member of the Munich Kunstverein, which was quick to exhibit his works.

Doll, whose works were influenced by K.A. Lebschée, Heinrich Bürkel, Adolf Stademann and Michael Neher, initially created vedutes and watercolours depicting 'Old Munich' city motifs. In the time following the historical architectural picture with small decorations remained his special domain. Many of these city vedutes were of documentary value due to their accurate depiction. Beside there were many genre vedutes which carried a lyrical mood and in which Doll orientated himself at Dutch role-models from the 17th and 19th century.

Anton Doll's trips can only be traced by his dated works. During trips to the surroundings of Munich, to Switzerland and Upper Italy he created, in the following years, a large number of watercolours, drawings and lithographs showing views of villages and country landscapes. Among his favourite motifs are winter landscapes, richly decorated season paintings, e.g. harvest landscapes and landscape views with pilgrimages. Anton Doll's painting and drawing technique changed during his artistic development. In his first works the painting technique is Biedermeier-like stiff and clean, but it became much easier, looser and more pictorial in the following years. Anton Doll died at the age of 61 as a well-known agent of the Munich School in 1887. 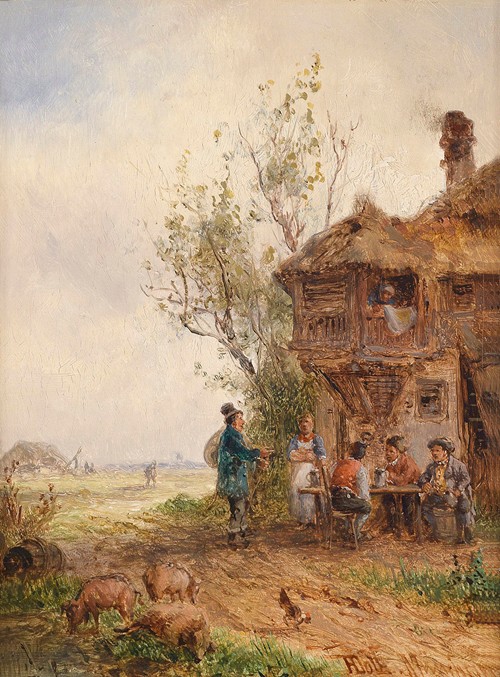 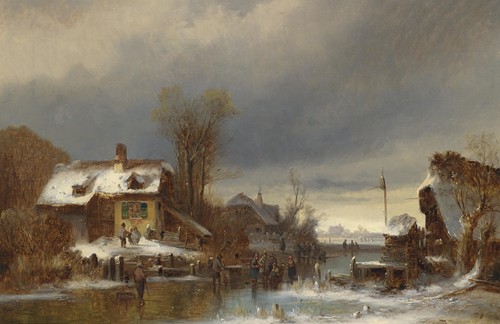 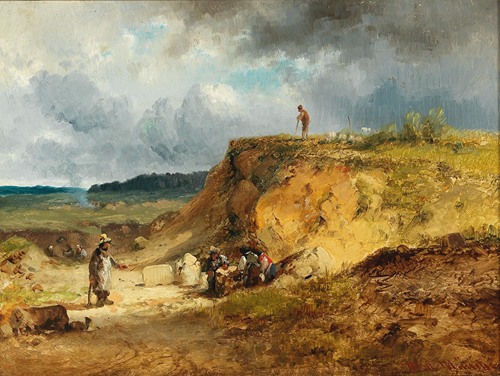 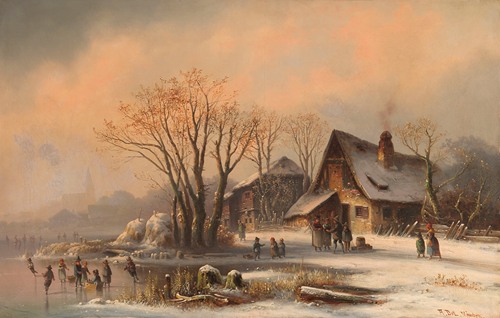 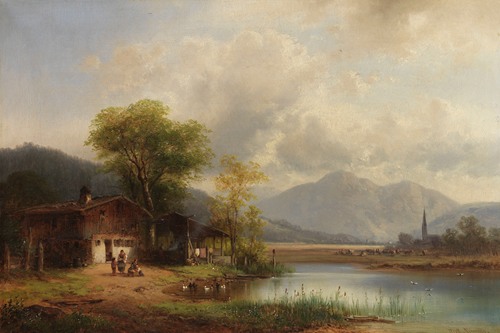 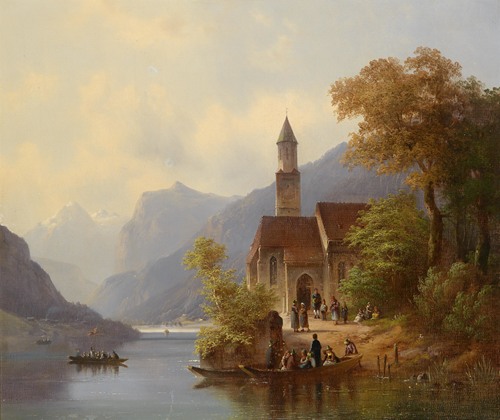 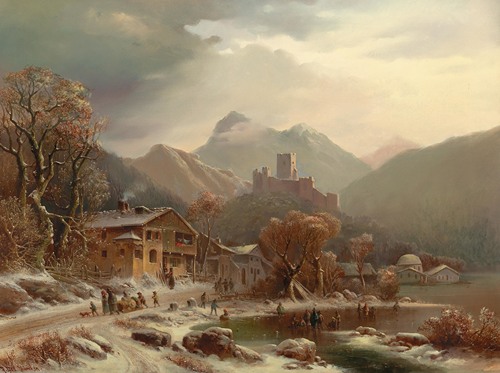 A winter idyll with a view of the Kropfsberg ruins, Tyrol 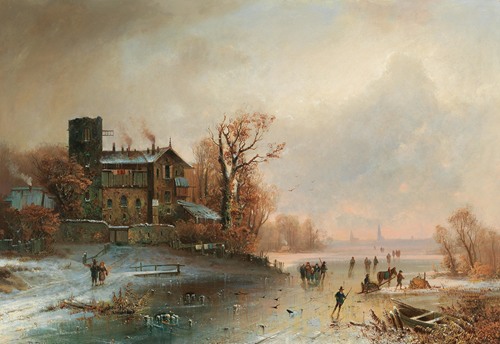