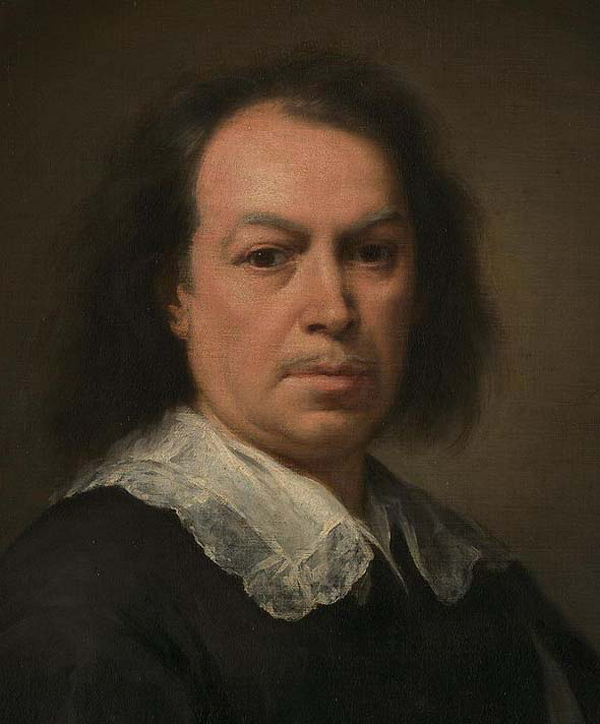 Bartolomé Esteban Murillo was a Spanish Baroque painter. Although he is best known for his religious works, Murillo also produced a considerable number of paintings of contemporary women and children. These lively, realist portraits of flower girls, street urchins, and beggars constitute an extensive and appealing record of the everyday life of his times.

Murillo was born to Gaspar Esteban and María Pérez. He may have been born in Seville or in Pilas, a smaller Andalusian town. It is clear that he was baptized in Seville in 1618, the youngest son in a family of fourteen. His father was a barber and surgeon. After his parents died in 1627 and 1628, he became a ward of his sister's husband, Juan Agustín Lagares. Murillo seldom used his father's surname, and instead took his surname from his maternal grandmother, Elvira Murillo.

Murillo began his art studies in Seville under Juan del Castillo, who was a relative of his mother (Murillo's uncle, Antonio Pérez, was also a painter). His first works were influenced by Francisco de Zurbarán, Jusepe de Ribera and Alonso Cano, and he shared their strongly realist approach. The great commercial importance of Seville at the time ensured that he was subject to artistic influences from other regions. He became familiar with Flemish painting and the "Treatise on Sacred Images" of Molanus (Ian van der Meulen or Molano). As his painting developed, his more important works evolved towards the polished style that suited the bourgeois and aristocratic tastes of the time, demonstrated especially in his Roman Catholic religious works.

In 1642, at the age of 26, he moved to Madrid, where he most likely became familiar with the work of Velázquez, and would have seen the work of Venetian and Flemish masters in the royal collections; the rich colors and softly modeled forms of his subsequent work suggest these influences. In 1645 he returned to Seville and married Beatriz Cabrera y Villalobos, with whom he eventually had eleven children.

In that year, he painted eleven canvases for the convent of St. Francisco el Grande in Seville. These works depicting the miracles of Franciscan saints vary between the Zurbaránesque tenebrism of the Ecstasy of St Francis and a softly luminous style (as in Death of St Clare) that became typical of Murillo's mature work. According to the art historian Manuela B. Mena Marqués, "in ... the Levitation of St Giles (usually known as the "Angel’s Kitchen", Paris, Louvre) and the Death of St Clare (Dresden, Gemäldegal. Alte Meister), the characteristic elements of Murillo’s work are already evident: the elegance and beauty of the female figures and the angels, the realism of the still-life details and the fusion of reality with the spiritual world, which is extraordinarily well developed in some of the compositions."

Also completed c. 1645 was the first of Murillo's many paintings of children, The Young Beggar (Musée du Louvre), in which the influence of Velázquez is apparent. Following the completion of a pair of pictures for the Seville Cathedral, he began to specialize in the themes that brought him his greatest successes: the Virgin and Child and the Immaculate Conception.

After another period in Madrid, from 1658 to 1660, he returned to Seville. Here he was one of the founders of the Academia de Bellas Artes (Academy of Art), sharing its direction, in 1660, with the architect Francisco Herrera the Younger. This was his period of greatest activity, and he received numerous important commissions, among them the altarpieces for the Augustinian monastery, the paintings for Santa María la Blanca (completed in 1665), and others. He died in Seville in 1682, a few months after he fell from a scaffold while working on a fresco at the church of the Capuchines in Cádiz.

The Holy Family In An Interior