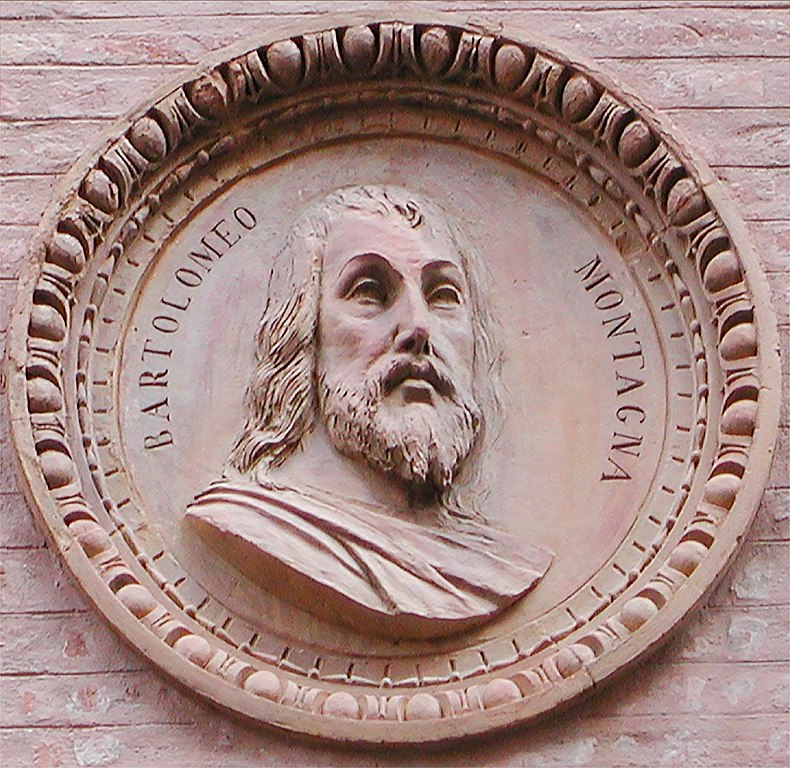 Bartolomeo (or Bartolommeo) Montagna was an Italian Renaissance painter who mainly worked in Vicenza. He also produced works in Venice, Verona, and Padua. He is most famous for his many Madonnas and his works are known for their soft figures and depiction of eccentric marble architecture. He is considered to be heavily influenced by Giovanni Bellini, in whose workshop he might have worked around 1470. Benedetto Montagna, a productive engraver, was his son and pupil and active until about 1540. He was mentioned in Vasari's Lives as a student of Andrea Mantegna but this is widely contested by art historians.

He was born Bartolomeo Cincani and later changed his name to Bartolomeo Montagna. The first known written record of his existence is from 1459 and list him as a minor. The first known documentation of him as an adult is in 1480 as a witness of a will. Differences in two documents regarding his father's property from 1467 and 1469 imply he became an adult between those two years. Because of the lack of formal documentation of his birth and confusion on the age of legal adulthood in Vicenza at that time, there is much debate as to his actual birthdate. Some scholars have agreed on close to 1450 while others place him closer to 1453-1454.

His family originated in Brescia, Italy and later moved to Biron around 1450 before settling in Vicenza sometime by 1460. His brother, Baldissera, was a goldsmith. For most of his life through his death he was a resident of Vicenza and lived in a house he purchased directly across from the Church of San Lorenzo in 1484. From 1469-1475 Montagna was in Venice before returning to Vicenza and starting his career as a painter. In 1509, he moved from Vicenza to Padua likely due to the war in Vicenza, and remained there until 1514.

The identity of his wife is unknown, but they had three sons. One of his sons, Benedetto Montagna, was also an artist famous for his engravings. His other two sons, Filippo and Paolo are mentioned in some contracts but absent from his will. Bartolomeo Montagna died on October 11, 1523. He left the majority of his possessions and his practice to his son, Benedetto.