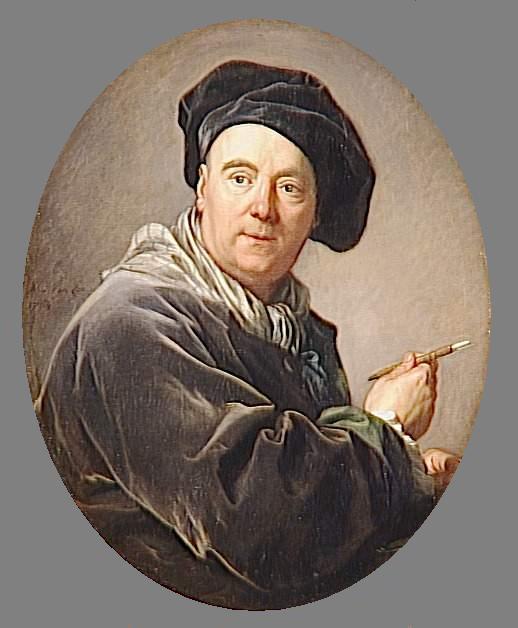 Carle or Charles-André van Loo was a French subject painter, son of the painter Louis-Abraham van Loo, a younger brother of Jean-Baptiste van Loo and grandson of Jacob van Loo. He was the most famous member of a successful dynasty of painters of Dutch origin. His oeuvre includes every category: religion, history painting, mythology, portraiture, allegory, and genre scenes.
He was born in Nice, then part of the Duchy of Savoy. Van Loo followed his brother Jean-Baptiste to Turin, and then to Rome in 1712, where he studied under Benedetto Luti and the sculptor Pierre Le Gros. After leaving Italy in 1723, he worked in Paris, studied at the Académie Royale, where he gained first prize for drawing in 1723, and received the first prize for historical painting in 1727—as did his future rival François Boucher. In 1724 he won the Prix de Rome.

By his simplicity of style and correctness of design, the result of his study of the great Italian masters, he did much to purify the modern French school; but the praise that was later lavished upon his productions now appears undue and excessive. His patrons included members of the court, the Gobelins factory, private individuals, and the church. In the ensuing centuries, Van Loo's critical fortune has plummeted, although his ability remains admirable, and the quality and variety of his work command respect. His Marriage of the Virgin is preserved in the Louvre. 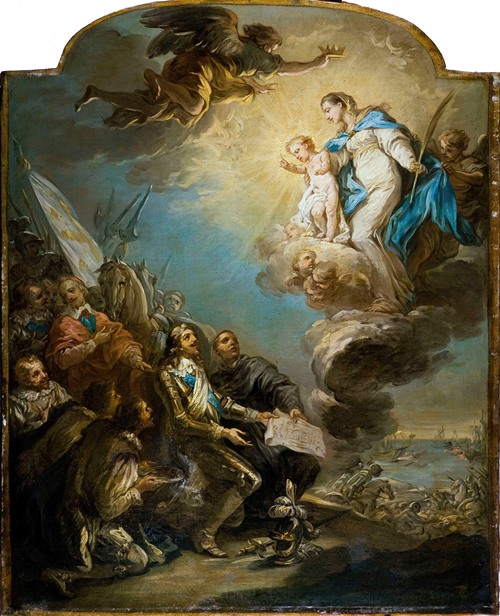 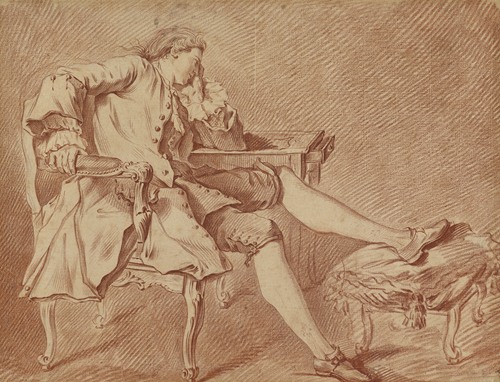 Gentleman Lounging in a Chair 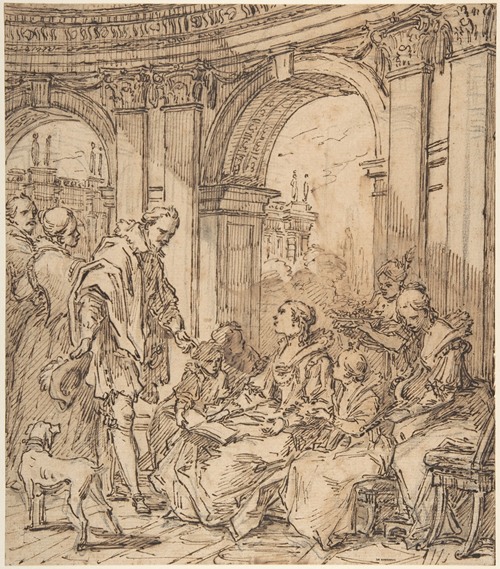 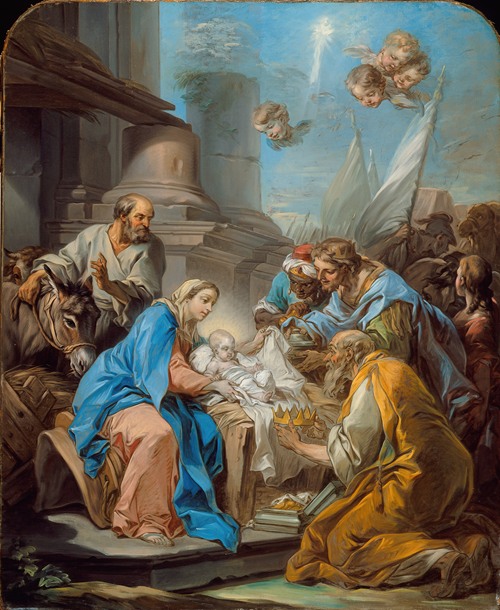 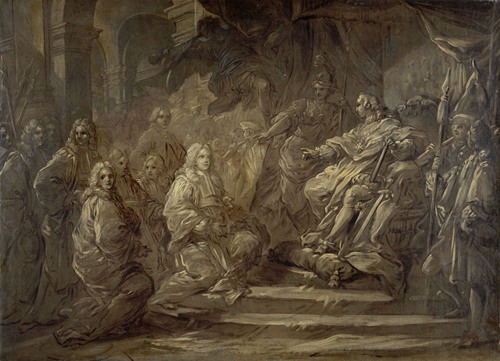 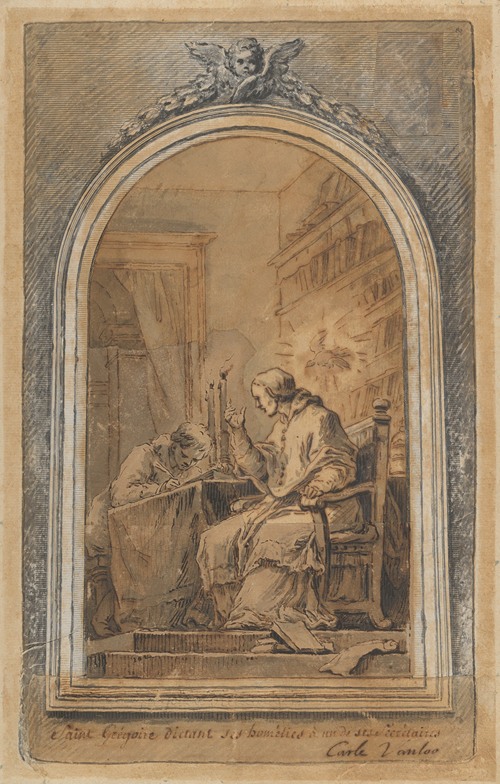 St. Gregory Dictating His Homilies to a Secretary (18th century) 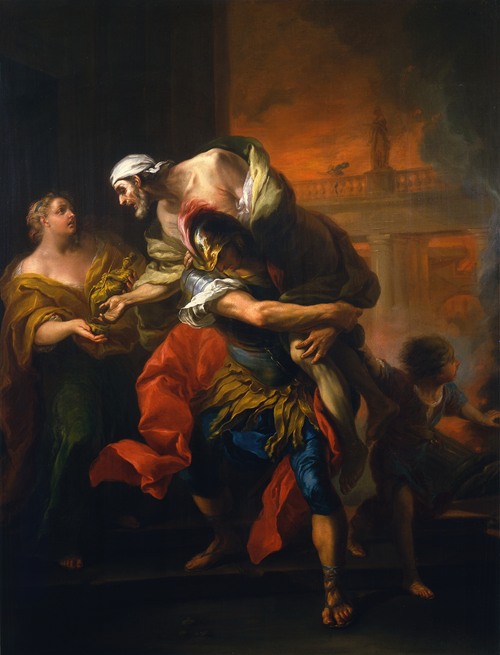 Aeneas Rescuing his Father from the Fire at Troy 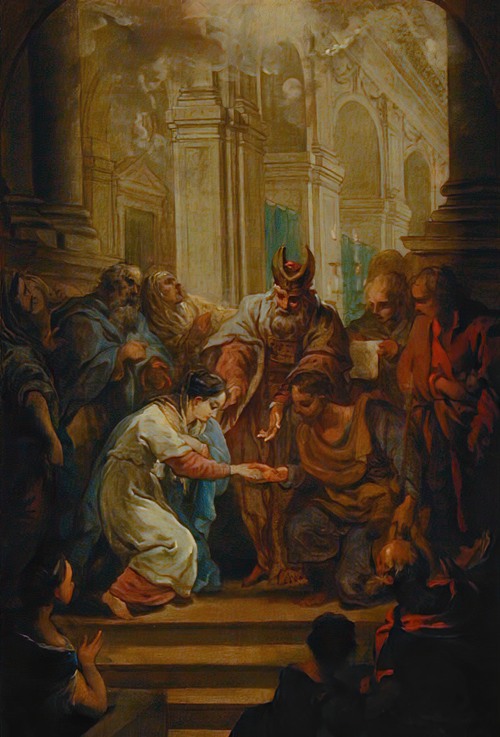 Gentleman Lounging in a Chair

St. Gregory Dictating His Homilies to a Secretary (18th century)