Louis Marie de Schyrver was born in Paris on October 12, 1862. His father was a well-established journalist, but his son did not follow the same path. From an extremely young age de Schryver recognized his precocious artistic capacities and began training for his career as an artist by twelve. He was so talented that he exhibited his first works at the Salon (1876) at the age of thirteen: Marguerites et Chrysanthèmes (Marguerites and Chrysanthemums) and Violettes et Fleurs Printanières (Violets and Spring Flowers), two still life paintings. What is perhaps even more unusual was that at this time, he was apparently not studying under any master – his entry in the Salon catalog does not denote any specific teacher, though he may have been informally studying under an artist.

The following year he continued his exhibitions at the Salon while studying under Philippe Rousseau, a still life and genre painter. It was unusual, though not unheard of, for a student of such a young age to enter the school of a master, where his fellow students may have been more than a decade older than he was. He remained under the tutelage of Rousseau for a very short period, since by the next Salon he had already left his atelier and was again without a teacher. Three years later, at the age of 17, he won a bronze medal at the World's Fair of Sydney for his painting entitled Lilas (Lilacs). De Schryver was clearly on a path to establish himself in not only the art world of Paris, but internationally, with themes that were attractive and appropriate for the time.

He continued diligently submitting to the annual Salons, relying heavily on still lifes but also introducing portraits and genre scenes. By 1886 he had turned his attention to the daily life of Paris and began receiving commissions to paint portraits of society people. The depictions of contemporary daily life had become increasingly popular during the period of La Belle Époque as artists began to depict the bustling life and the various activities taking place in Paris, recording everything from the fashionable women of the period to the architectural subtleties of the city. At the Salon of this same year he submitted Mes Derniers Fleurs (My Last Flowers), a fitting title for his transitioning thematic choice, and Le Premier Jour de Printemps (The First Day of Spring), receiving an honorable mention. Two years later he became a member of the Société des Artistes Français.

De Schryver’s views of Paris began attracting a great deal of attention, not only for his technical abilities, but for the spontaneity of the scene. His depictions of flower vendors, horses and carriages and the elegant people of Paris, as well as his portrayal of street sweepers and washers were imbued with a realism and light that placed Schryver at the highest level of the Belle Époque artists.

By 1891, de Schryver had entered the atelier of Gabriel Ferrier (1847-1914), a genre and still life painter, after having taken a substantial hiatus from formal training. To this year’s Salon he exhibited one painting entitled La Fin d’une Rêve (The End of a Dream), which earned him a third-class medal, his first medal received at the Parisian Salons.

Throughout this period and until 1900, Schryver maintained a studio in Paris on the rue Pergolèse, giving him ample opportunity to step outside to find his new subject matter. His work submitted to the Exposition Universelle of 1900 earned him a gold medal. This same year he left Paris and built a home in Neuilly, coinciding with a shift in his work wherein he turned to portraiture and costume painting featuring elegant men and women from a bygone era, dressed in their silks and satins. As with his earlier Paris street scenes, these paintings found a ready clientele both at home and abroad. In 1901 he exhibited Lesbiennes (Lesbians) at the Salon, a painting that many claimed was a brilliant work of art, but one that created such a scandal that it had to be removed from the show.

Between 1919 and 1925 he traveled to the Rhineland to study and paint the landscape of this occupied territory. He returned to Neuilly many times and, from time to time, would go back to Paris; he died there on December 6, 1942 at the age of 80. 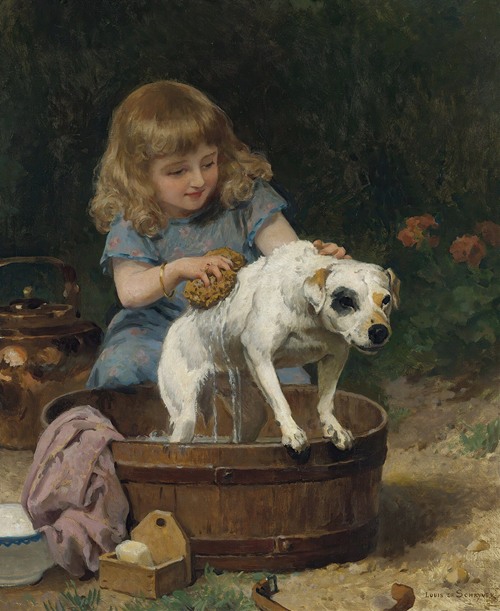 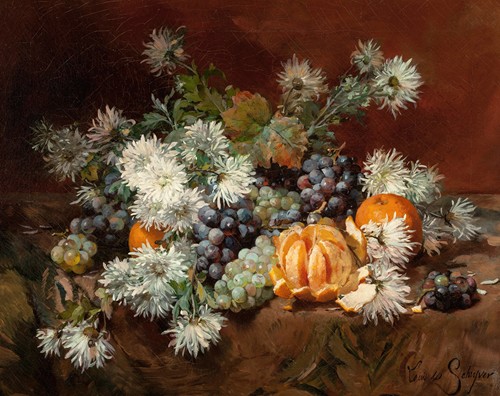 Still Life with Fruits and Flowers 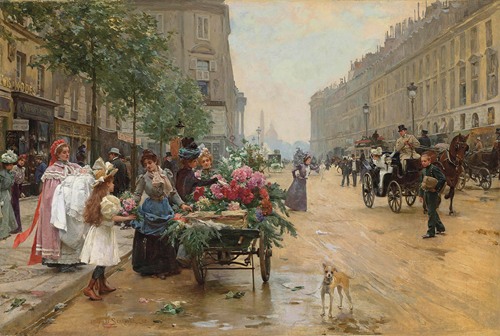 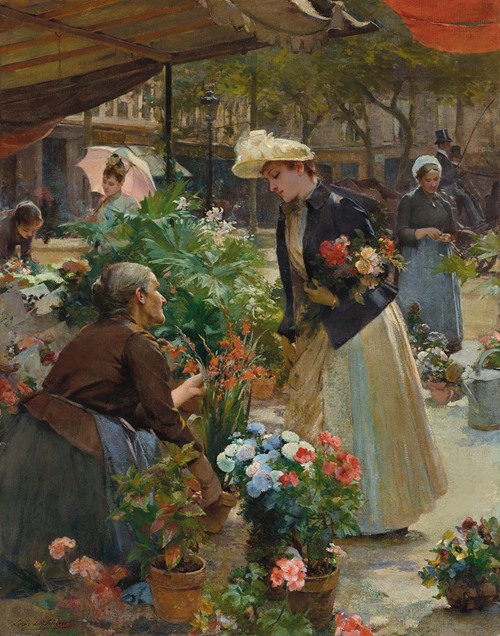 Paris – The Flower Market on the Île de la Cité 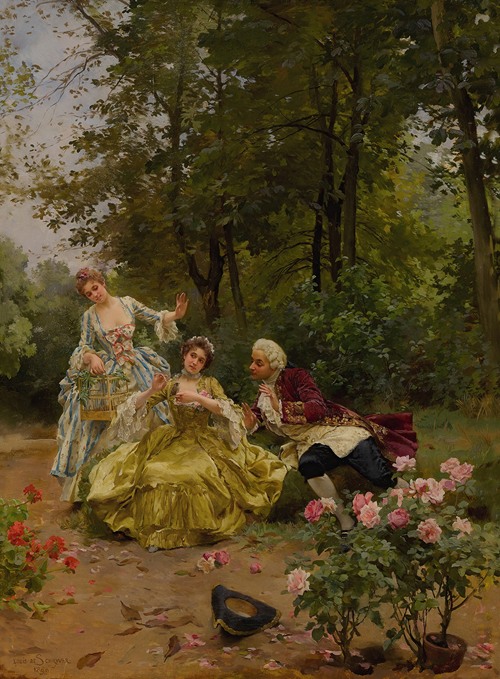 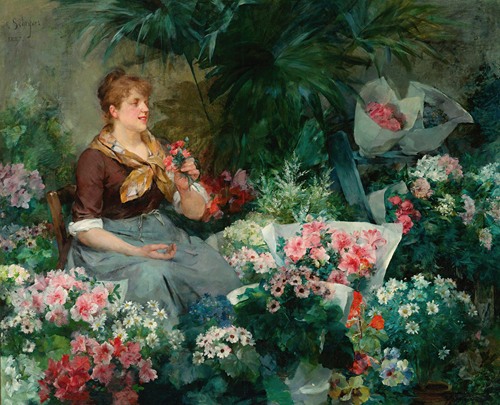 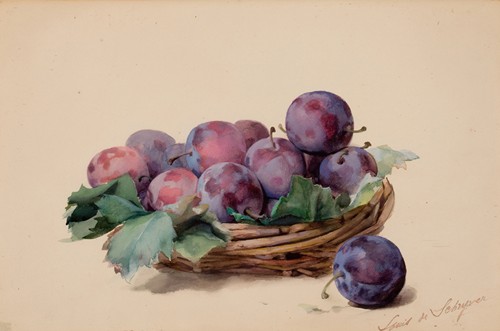 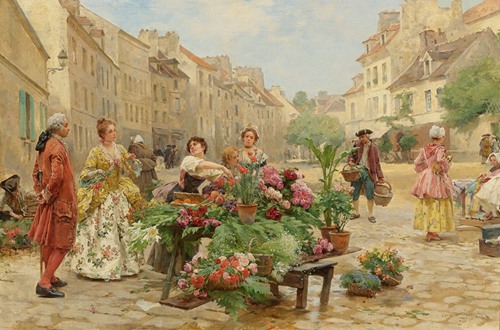 Still Life with Fruits and Flowers

Paris – The Flower Market on the Île de la Cité