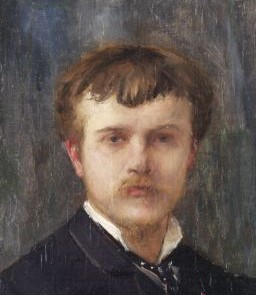 Jules Bastien-Lepage was a French painter closely associated with the beginning of naturalism, an artistic style that emerged from the later phase of the Realist movement.

Bastien-Lepage was born in the village of Damvillers, Meuse, and spent his childhood there. Bastien's father grew grapes in a vineyard to support the family. His grandfather also lived in the village; his garden had fruit trees of apple, pear, and peach up against the high walls. Bastien took an early liking to drawing, and his parents fostered his creativity by buying prints of paintings for him to copy.

Jules Bastien-Lepage's first teacher was his father, himself an artist. His first formal training was at Verdun. Prompted by a love of art, he went to Paris in 1867, where he was admitted to the École des Beaux-arts, working under Cabanel. He was awarded first place for drawing, but spent most of his time working alone, only occasionally appearing in class. Nevertheless, he completed three years at the école. In a letter to his parents, he complained that the life model was a man in the pose of a mediaeval lutanist. During the Franco-Prussian war in 1870, Bastien fought and was wounded. After the war, he returned home to paint the villagers and recover from his wound. In 1873 he painted his grandfather in the garden, a work that would bring the artist his first success at the Paris Salon.

After exhibiting works in the Salons of 1870 and 1872, which attracted no attention, in 1874 his Portrait of my Grandfather[1] garnered critical acclaim and received a third-class medal. He also showed Song of Spring, an academically oriented study of rural life, representing a peasant girl sitting on a knoll above a village, surrounded by wood nymphs.

His initial success was confirmed in 1875 by the First Communion, a picture of a little girl minutely worked up in manner that was compared to Hans Holbein, and a Portrait of M. Hayern. In 1875, he took second place in the competition for the Prix de Rome with his Angels appearing to the Shepherds, exhibited again at the Exposition Universelle in 1878. His next attempt to win the Prix de Rome in 1876 with Priam at the Feet of Achilles was again unsuccessful (it is in the Lille gallery), and the painter determined to return to country life. To the Salon of 1877 he sent a full-length Portrait of Lady L. and My Parents; and in 1878 a Portrait of M. Theuriet and Haymaking (Les Foins). The last picture, now in the Musée d'Orsay, was widely praised by critics and the public alike. It secured his status as one of the first painters in the Naturalist school.

His Portrait of Mlle Sarah Bernhardt (1879), painted in a light key, won him the cross of the Legion of Honour. In 1879 he was commissioned to paint the Prince of Wales. In 1880 he exhibited a small portrait of M. Andrieux and Joan of Arc listening to the Voices (now in the Metropolitan Museum of Art); and in the same year, at the Royal Academy, the little portrait of the Prince of Wales. In 1881 he painted The Beggar and the Portrait of Albert Wolf; in 1882 Le Père Jacques; in 1885 Love in a Village, in which we find some trace of Gustave Courbet's influence. His last dated work is The Forge (1884).

Between 1880 and 1883 he traveled in Italy. The artist, long ailing, had tried in vain to re-establish his health in Algiers. He died in Paris in 1884, when planning a new series of rural subjects. His friend, Prince Bojidar Karageorgevitch, was with him at the end and wrote:

At last he was unable to work anymore; and he died on the 10th of December, 1884, breathing his last in my arms. At his grave's head his mother and brother planted an apple-tree. 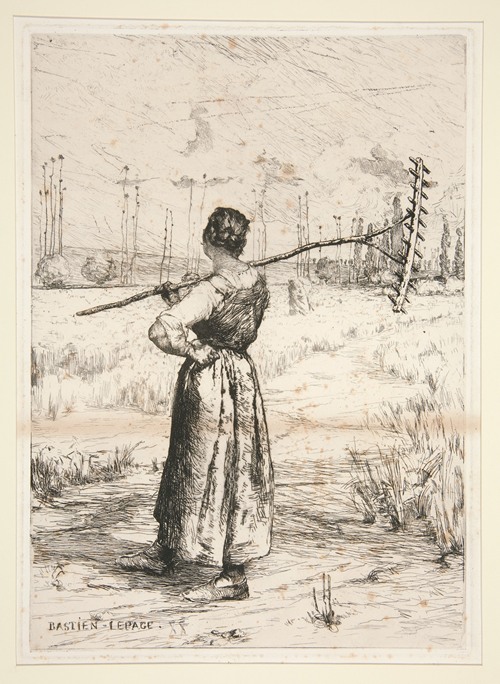 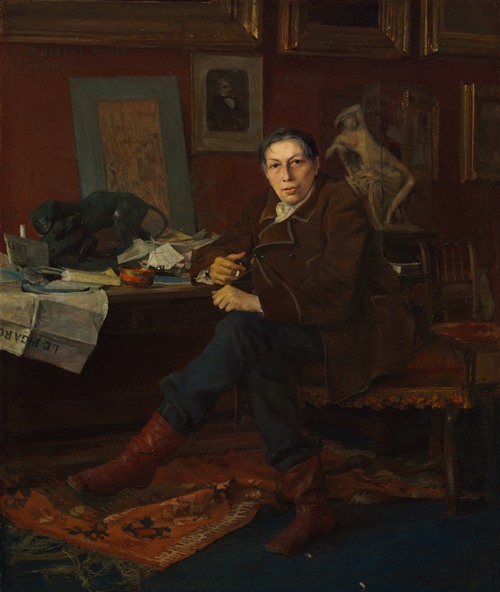 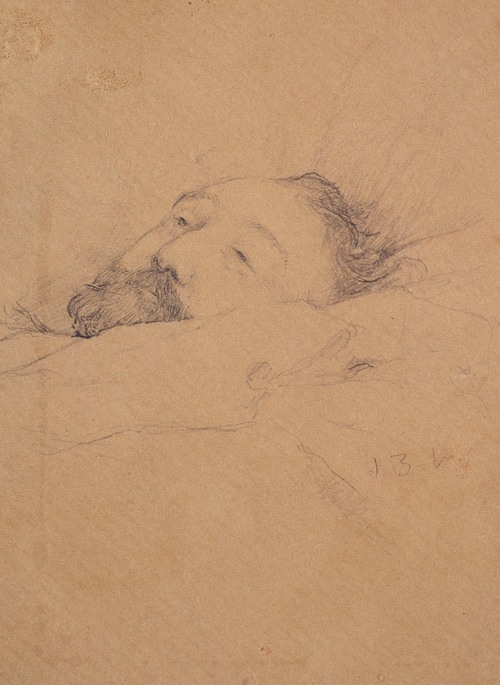 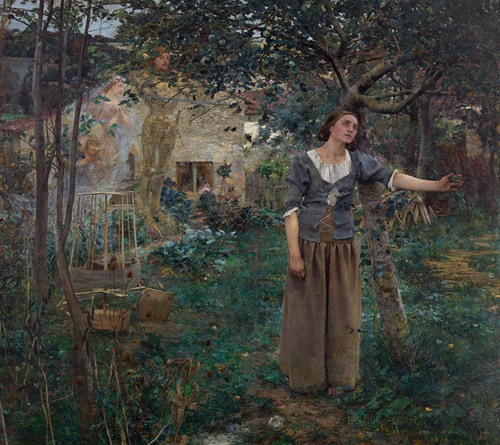 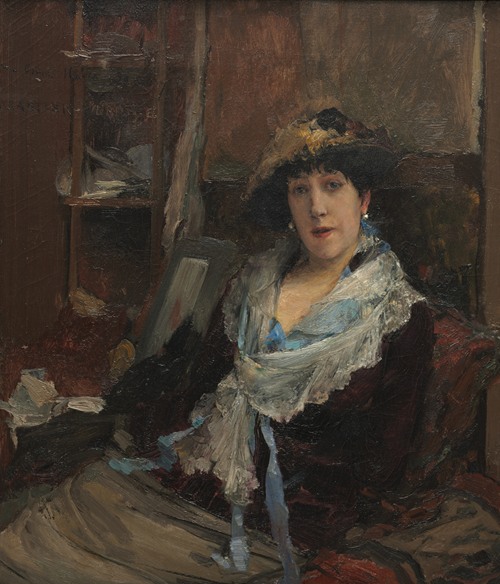 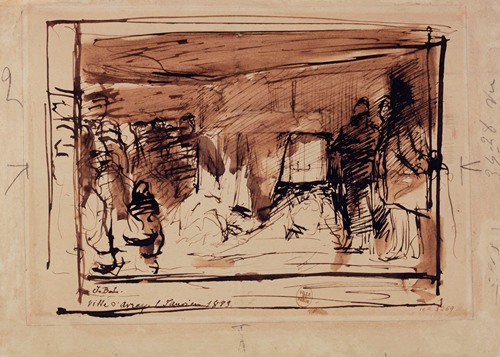 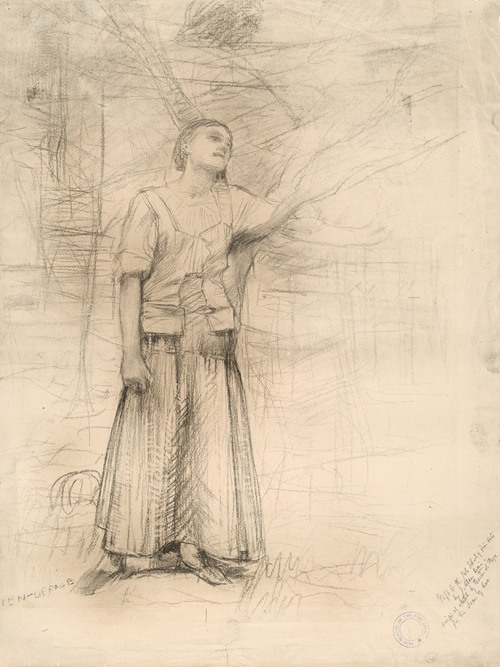 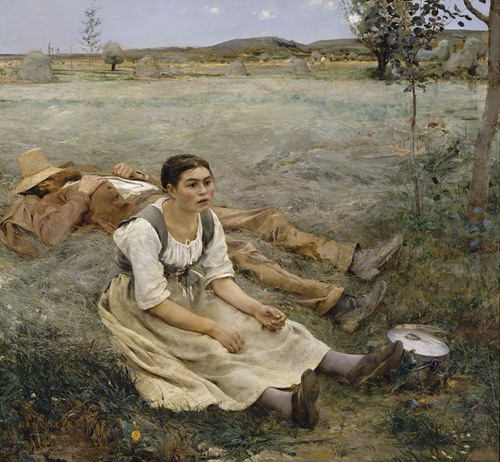