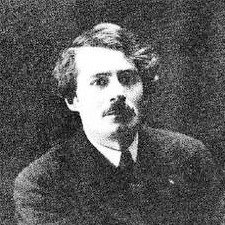 Georges Valmier was a French painter. His work encompassed the great movements in the modern history of painting, starting with Impressionism in his early years, then Cubism which he discovered when he was around 25 years old, and finally Abstractionism from 1921. He also designed sets and costumes for theater and ballet, and models for fabrics, carpets, and other objects. His oil paintings do not exceed 300 in number, since Valmier died prematurely at the age of 51.

His paintings were the culmination of many preparatory drafts in gouaches, multiple versions of which are works in themselves and reflect his penchant for colors and remarkably inventive shapes. Valmier was also a musician, he performed the works of Debussy, Ravel, Fauré, and Satie at major concerts and in churches, and had a decisive influence on the career of André Jolivet.