Martyrdom of St James the Younger (after 1435)

The Artist died in 1452 so this work is in the public domain in its country of origin and other countries where the copyright term is the Artist's life plus 70 years or fewer.

Stefan Lochner was a German painter working in the late "soft style" of the International Gothic. His paintings combine that era's tendency toward long flowing lines and brilliant colours with the realism, virtuoso surface textures and innovative iconography of the early Northern Renaissance. Based in Cologne, a commercial and artistic hub of northern Europe, Lochner was one of the most important German painters before Albrecht Dürer. Extant works include single-panel oil paintings, devotional polyptychs and illuminated manuscripts, which often feature fanciful and blue-winged angels. Today some thirty-seven individual panels are attributed to him with confidence.

Less is known of his life. Art historians associating the Dombild Master with the historical Stefan Lochner believe he was born in Meersburg in south-west Germany around 1410, and that he spent some of his apprenticeship in the Low Countries. Records further indicate that his career developed quickly but was cut short by an early death. We know that he was commissioned around 1442 by the Cologne council to provide decorations for the visit of Emperor Frederick III, a major occasion for the city. Records from the following years indicate growing wealth and the purchase of a number of properties around the city. Thereafter he seems to have over-extended his finances and fallen into debt. Plague hit Cologne in 1451 and there, apart from the records of creditors, mention of Stephan Lochner ends; it is presumed he died that year, aged around 40.

Lochner's identity and reputation were lost until a revival of 15th-century art during the early 19th-century romantic period. Despite extensive historical research, attribution remains difficult; for centuries a number of associated works were grouped and loosely attributed to the Dombild Master, a notname taken from the Dombild Altarpiece (in English cathedral picture, also known as the Altarpiece of the City's Patron Saints) still in Cologne Cathedral. One of Dürer's diary entries became key, 400 years later, in the 20th-century establishment of Lochner's identity. Only two attributed works are dated, and none are signed. His influence on successive generations of northern artists was substantial. Apart from the many direct copies made in the later 15th century, echoes of his panels can be seen in works by Rogier van der Weyden and Hans Memling. Lochner's work was praised by Friedrich Schlegel and Goethe for its qualities, especially the "sweetness and grace" of his Madonnas. 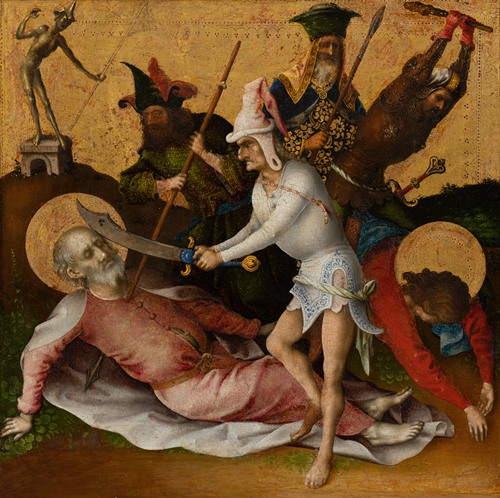 Martyrdom of St Simon and Judas (after 1435) 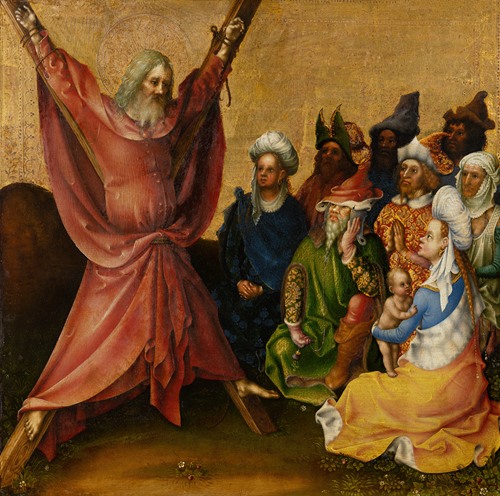 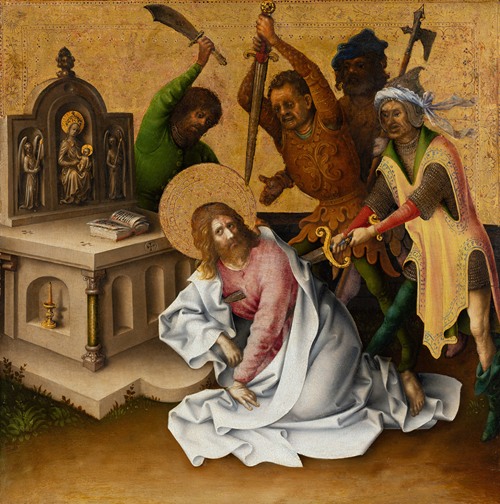 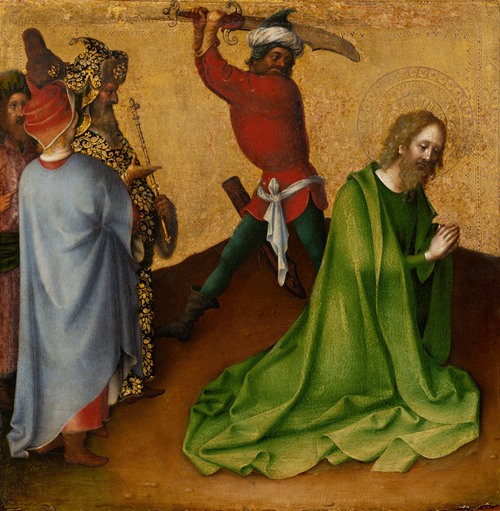 Martyrdom of St James the Elder (after 1435) 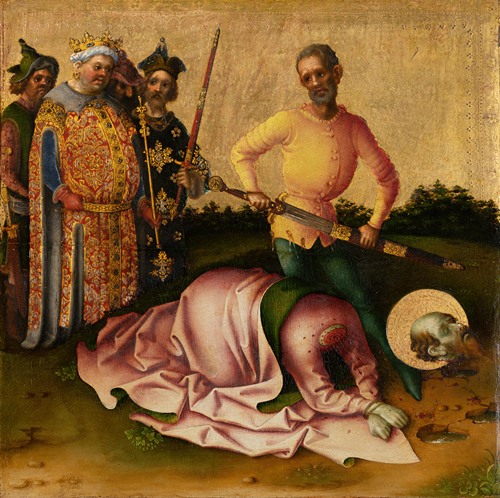 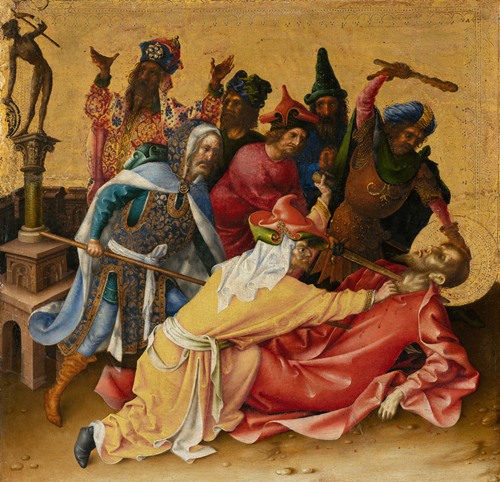 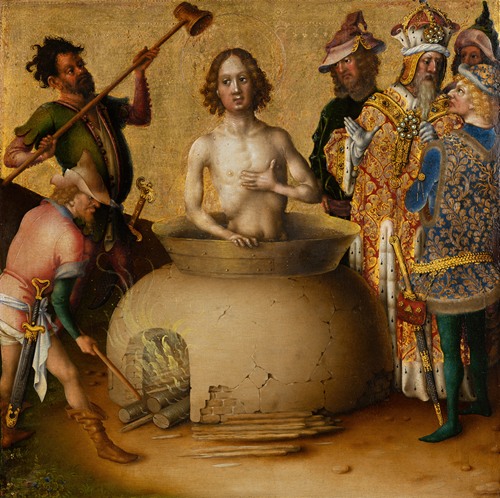 Martyrdom of St. John the Evangelist (after 1435) 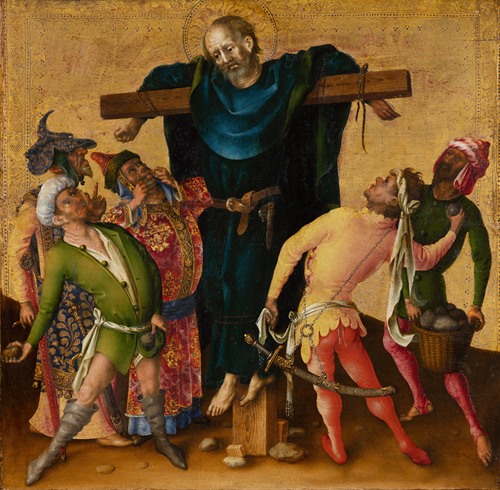 Martyrdom of St Simon and Judas (after 1435)

Martyrdom of St James the Elder (after 1435)