Henrique Alvim Corréa was a Brazilian illustrator of military and science fiction books. He was born in Rio de Janeiro, and died in Brussels. He is best known for his illustrations of a French translation of H. G. Wells's novel "The War of the Worlds".

Corrêa went to live in Europe at the age of 16, shortly after the proclamation of the Republic of Brazil in 1892, taken by the royalist Barão de Oliveira Castro, his stepfather. In 1903 he executed a series of 132 notable illustrations, 32 of which were inserted in the book War of the Worlds, by H. G. Wells, to whom he personally requested authorization. After the author's approval in 1905, who considers the work superior to that of Warwick Goble, Corrêa's work is published in a luxury edition printed in 500 copies in 1906 by L. Vandamme & Cie in a French translation by HD Davray. All of these illustrations are the strength of his work.

In Brazil, his work is generally classified as being Pre-Modernist. The Belgian edition received a special circulation of 500 copies. He built a press in his Watermael-Boitsfort studio. He also produced artistic works on military life, mainly on the Franco-Prussian War (1870-1871). He also produced other works of a erotic nature, signed as "Henri LeMort". In the composition of some of these works, Blanche, his future wife, posed as a model. Part of his work got lost. In 1914, when Germany invaded Belgium in the World War I, part of his drawings were stolen or destroyed. In 1942, during World War II, some of his illustrations were lost when the ship that transported them to Brazil sank, torpedoed by a German submarine.

The first public exhibition of his work happened in 1972 at the São Paulo Museum of Art (MASP). Others would follow, such as those of 1977 and 1990, at the National Museum of Fine Arts, and that of 1981, at the Casa de Rui Barbosa Foundation, both in the city of Rio de Janeiro. In 2004, his work was exhibited at the Science Fiction Museum (EMP Museum), in Seattle, USA, on the occasion of its inauguration. In 2016 his work was presented at the contemporary art exhibition Ulla, Ulla, Ulla! Martians, Aliens, Intergalactics and Humans at the Casanova Gallery in São Paulo. In 1985, Alvim's engravings depicting nude and/or abused women were included in the book Baco e Anas brasileira, by the Goetian poet Yêda Schmaltz.

Henrique Alvim Corrêa died in 1910, at the age of 34 and his body was transferred to Brazil, being buried in the city of Rio de Janeiro.

More Illustrations in Book: The War of the Worlds (View all 24) 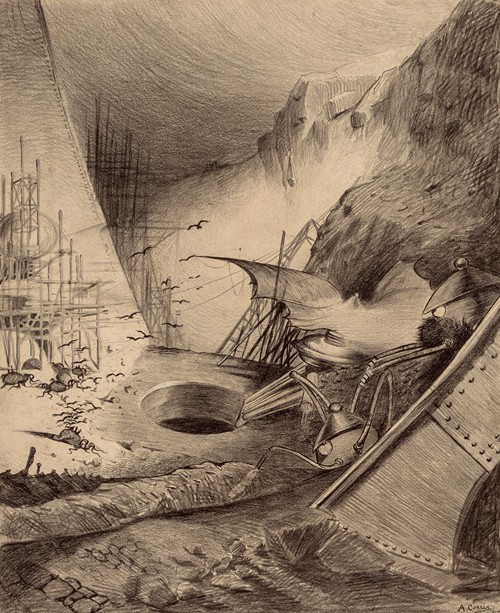 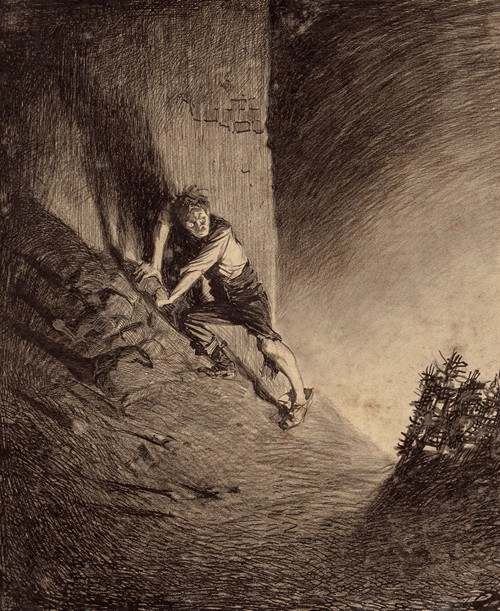 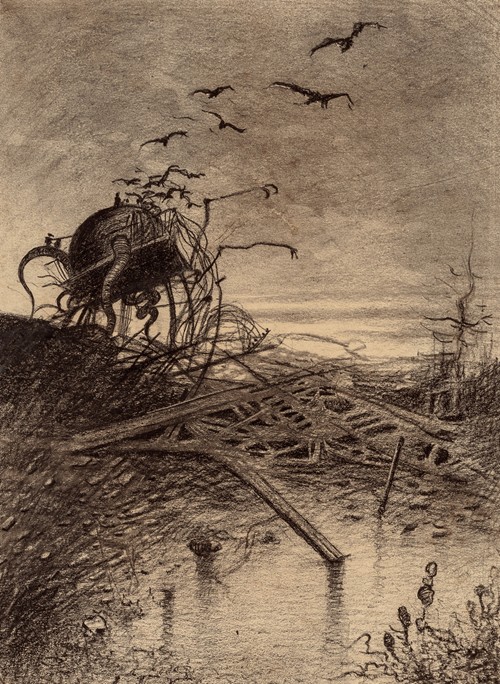 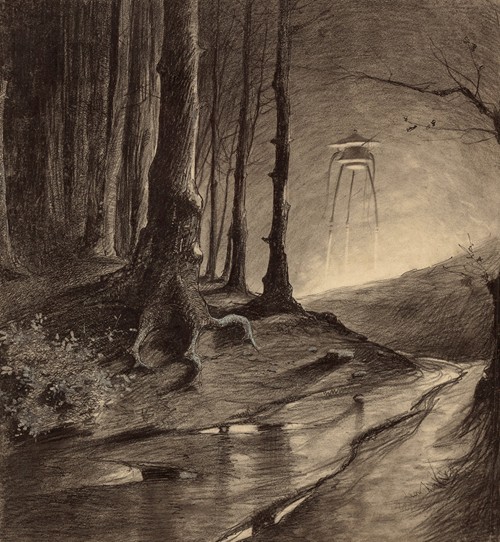 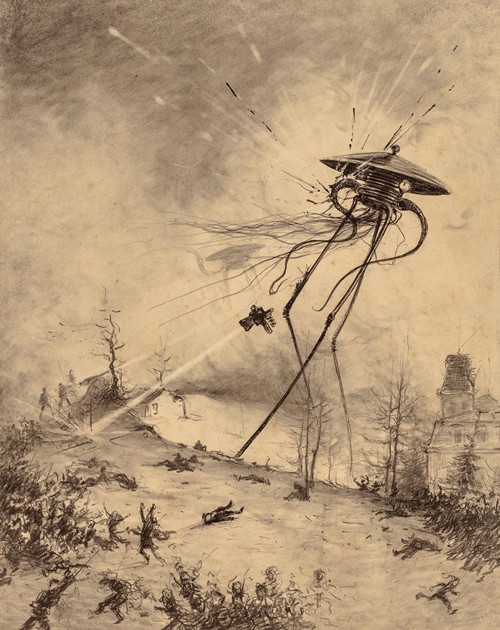 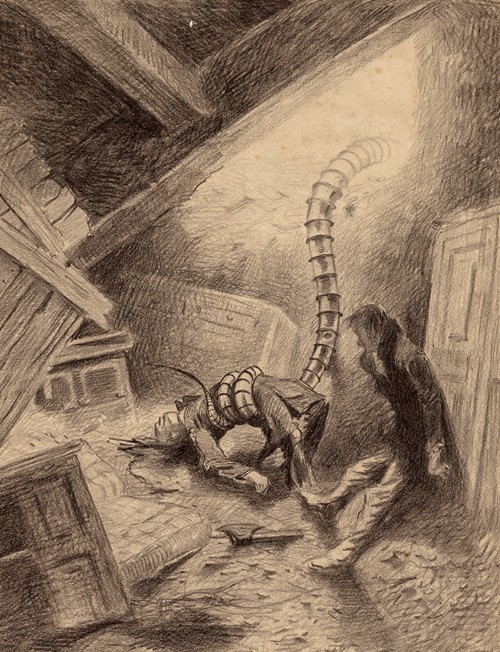 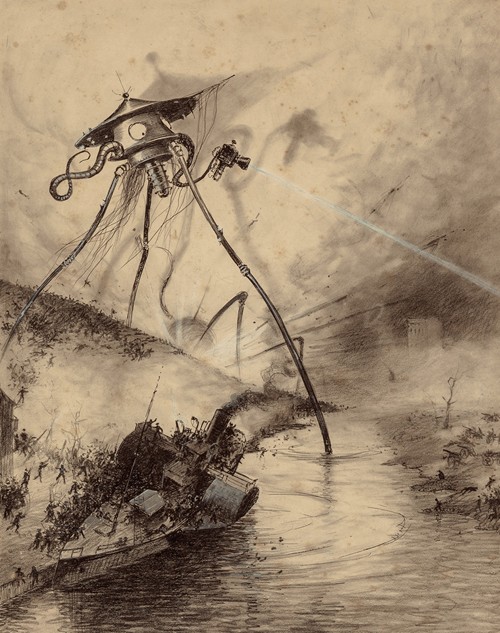 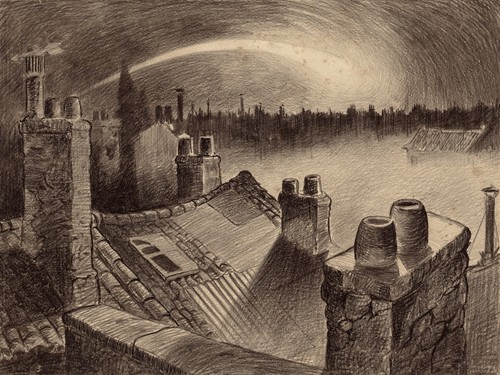 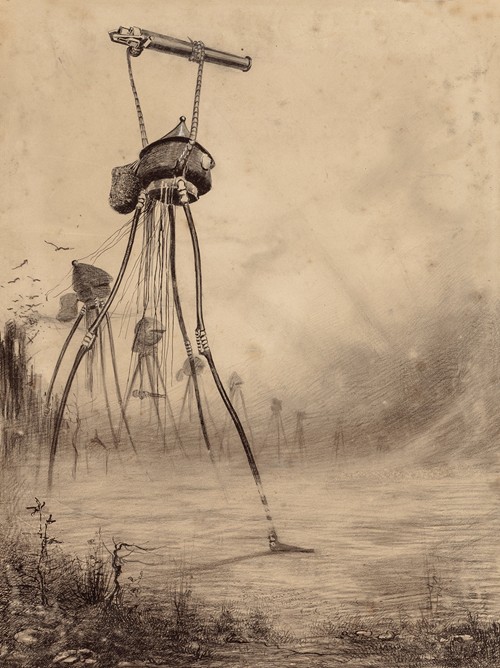 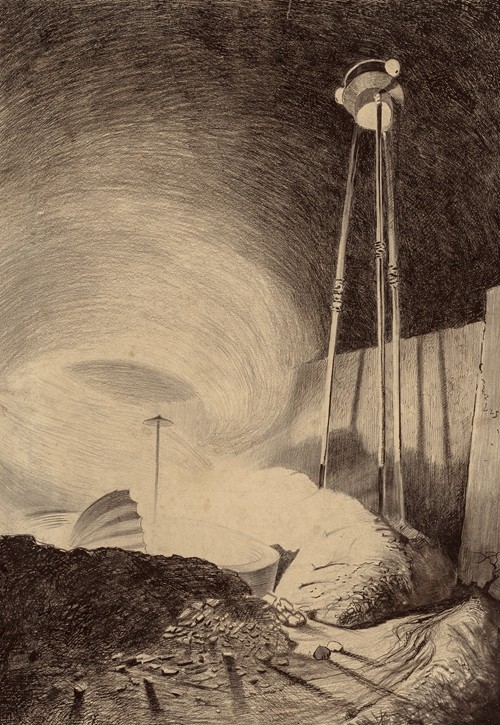 More Illustrations in Book: The War of the Worlds (View all 24) 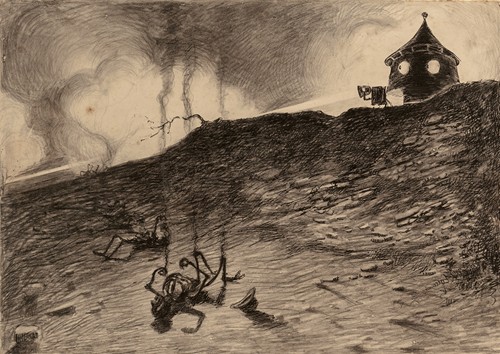 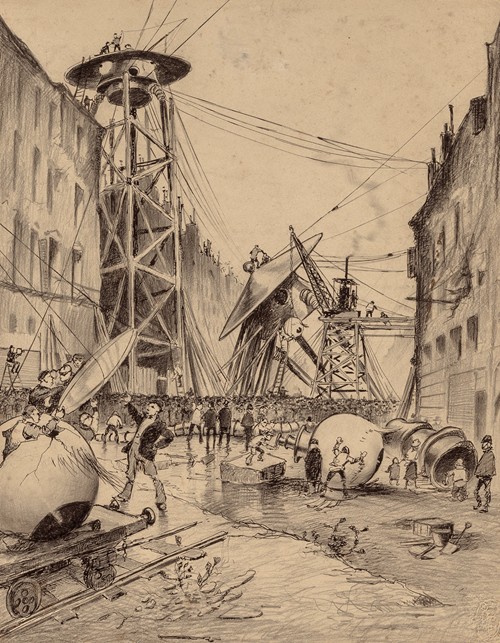