The Artist died in 1525 so this work is in the public domain in its country of origin and other countries where the copyright term is the Artist's life plus 70 years or fewer. 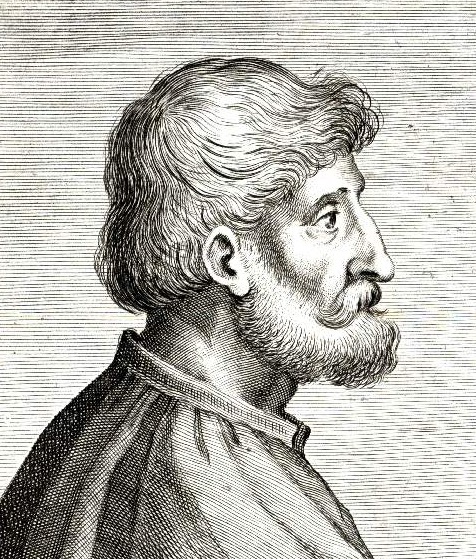 Vittore Carpaccio was an Italian painter of the Venetian school, who studied under Gentile Bellini. He is best known for a cycle of nine paintings, The Legend of Saint Ursula. His style was somewhat conservative, showing little influence from the Humanist trends that transformed Italian Renaissance painting during his lifetime. He was influenced by the style of Antonello da Messina and Early Netherlandish art. For this reason, and also because so much of his best work remains in Venice, his art has been rather neglected by comparison with other Venetian contemporaries, such as Giovanni Bellini or Giorgione.

Carpaccio was born in Venice, the son of Piero Scarpazza, a leather merchant. Carpaccio, or Scarpazza, as the name was originally rendered, came from a family originally from Mazzorbo, an island in the diocese of Torcello. Documents trace the family back to at least the 13th century, and its members were diffused and established throughout Venice. His date of birth is uncertain: his principal works were executed between 1490 and 1519, ranking him among the early masters of the Venetian Renaissance, and he is first mentioned in 1472 in a will of his uncle Fra Ilario. Upon entering the Humanist circles of Venice, he changed his family name to Carpaccio. He was a pupil (not, as sometimes thought, the master) of Lazzaro Bastiani, who, like the Bellini and Vivarini, was the head of a large atelier in Venice.

Preparation of Christ’s Tomb (circa 1505)

The Lamentation, With The Madonna And Saints Joseph Of Arimathea And John The Evangelist

Hunting on the Lagoon

Madonna and Child with the Infant St. John (before 1500)