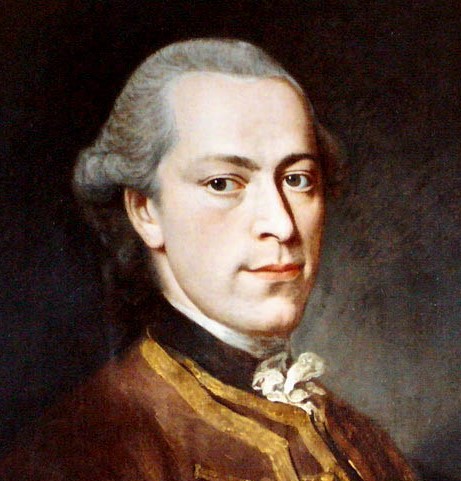 Johann Rasso Januarius Zick was a German painter and architect. He is considered to be one of the main masters of the Late-Baroque.

Januarius Zick was born in Munich and began to learn his trade from his father, Johannes Zick, a renowned painter himself, to whom he was apprenticed in order to learn how to paint frescoes. In 1744, when Januarius Zick was fourteen years old, his brother, three years his junior, fell to his death from a scaffolding in Weingarten. From 1745 to 1748, Januarius Zick was apprenticed as a bricklayer to Jakob Emele in Schussenried. Having finished his apprenticeship, he worked, together with his father, at the residence of the Prince-Bishop of Würzburg and then, until the mid-1750s, at the residence of the Prince-Bishop of Speyer in Bruchsal.

In 1756, Januarius Zick went to Paris for further education. There, he came into contact with artists and art connoisseurs from Rome, Basel and Augsburg, who broadened his horizon concerning his art and had a considerable influence on him.

After having furnished Castle Engers near Neuwied with frescoes in 1760, he was appointed court painter to the Prince-Elector of Trier, the archbishop of Trier. He married in Ehrenbreitstein and settled there.

From the late 1770s on, Januarius Zick was very active in Upper Swabia, furnishing a number of monastery churches and parish churches with frescoes and altarpieces.

He died in Ehrenbreitstein.