Paul César Helleu was a French oil painter, pastel artist, drypoint etcher, and designer, best known for his numerous portraits of beautiful society women of the Belle Époque. He also conceived the ceiling mural of night sky constellations for Grand Central Terminal in New York City. He was also the father of Jean Helleu and the grandfather of Jacques Helleu, both artistic directors for Parfums Chanel.

Paul César Helleu was born in Vannes, Brittany, France. His father, who was a customs inspector, died when Helleu was in his teens. Despite opposition from his mother, he then went to Paris and studied at Lycée Chaptal. In 1876, at age 16, he was admitted to the École des Beaux-Arts, beginning academic training in art with Jean-Léon Gérôme. Helleu attended the Second Impressionist Exhibition in the same year, and made his first acquaintances with John Singer Sargent, James McNeill Whistler, and Claude Monet. He was struck by their modern, bold alla prima technique and outdoor scenes, so far removed from the studio. Following graduation, Helleu took a job with the firm Théodore Deck Ceramique Française hand-painting fine decorative plates. At this same time, he met Giovanni Boldini, a portrait painter with a facile, bravura style, who became a mentor and comrade, and strongly influenced his future artistic style.

Helleu was commissioned in 1884 to paint a portrait of a young woman named Alice Guérin (1870–1933). They fell in love, and married on 28 July 1886. Throughout their lives together, she was his favourite model. Charming, refined and graceful, she helped introduce them to the aristocratic circles of Paris, where they became popular fixtures. 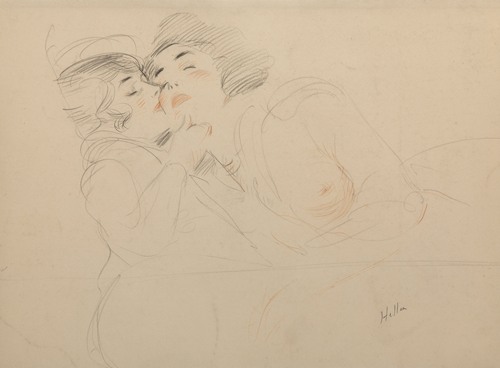 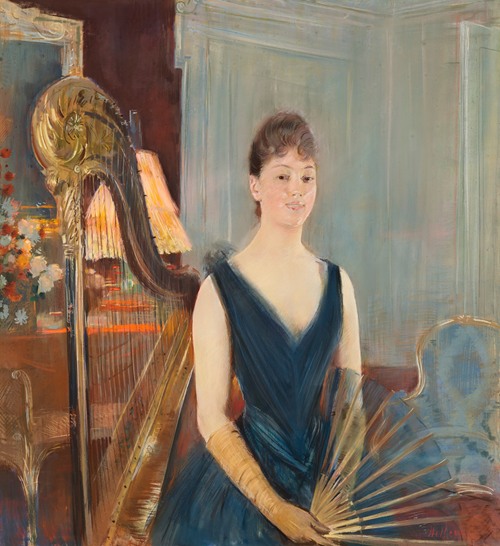 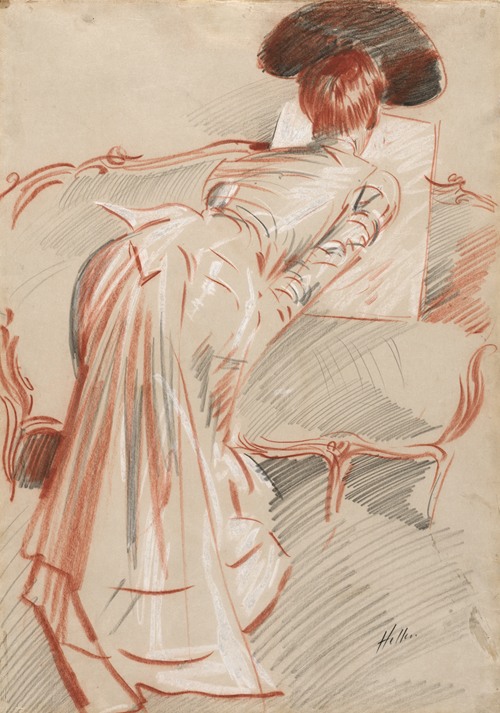 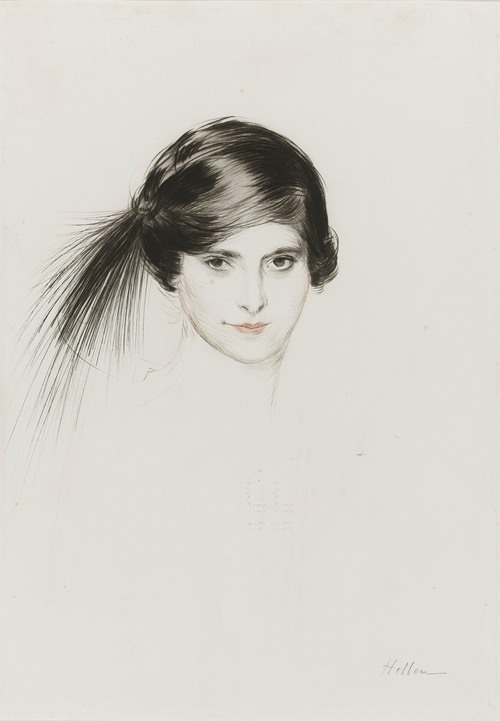 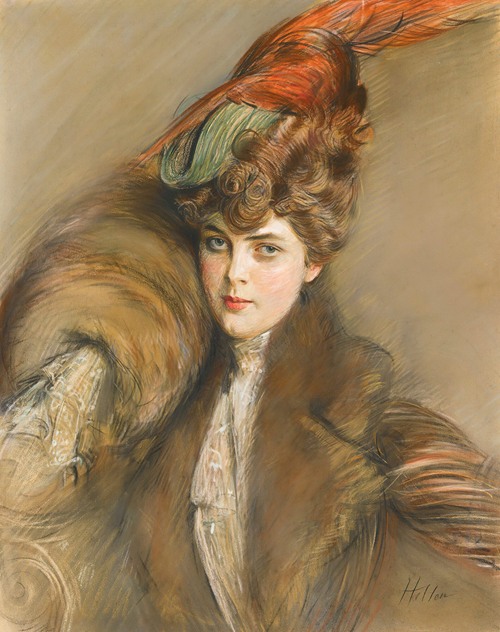 Lady In A Feather Hat 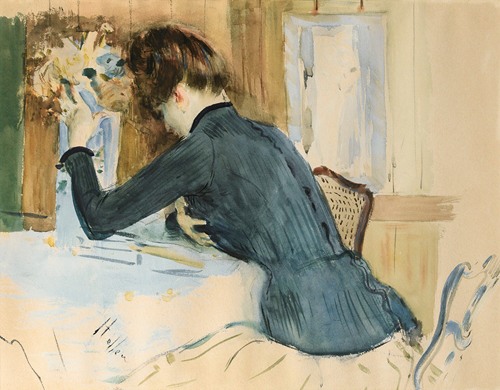 Profile Portrait Of A Young Lady 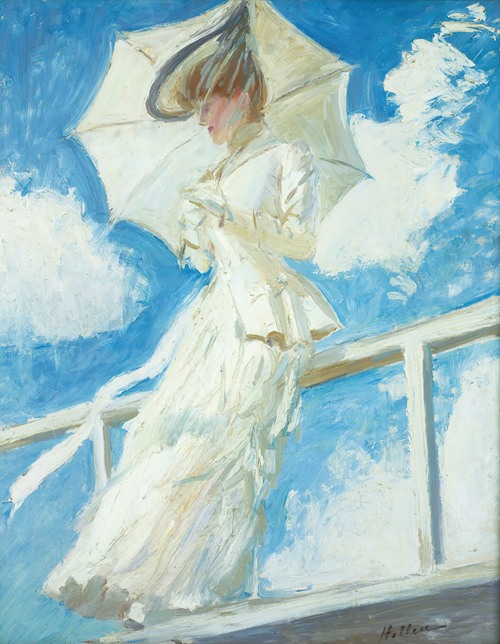 Portrait Of Mrs Helleu With An Umbrella 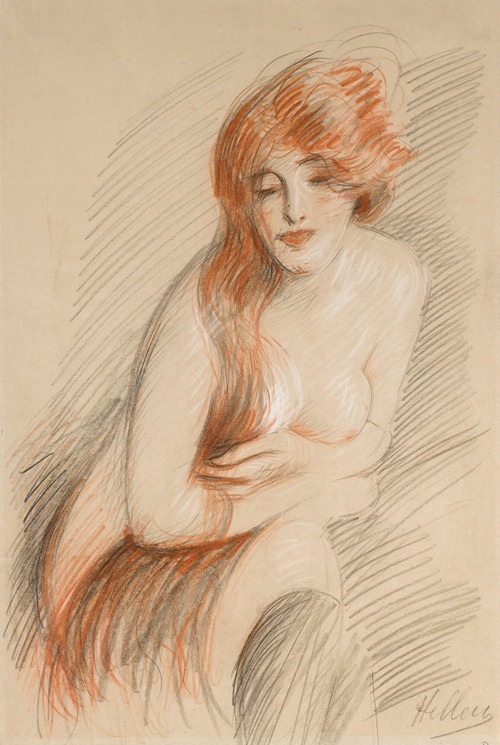 Lady In A Feather Hat

Profile Portrait Of A Young Lady