The Artist died in 1653 so this work is in the public domain in its country of origin and other countries where the copyright term is the Artist's life plus 70 years or fewer. 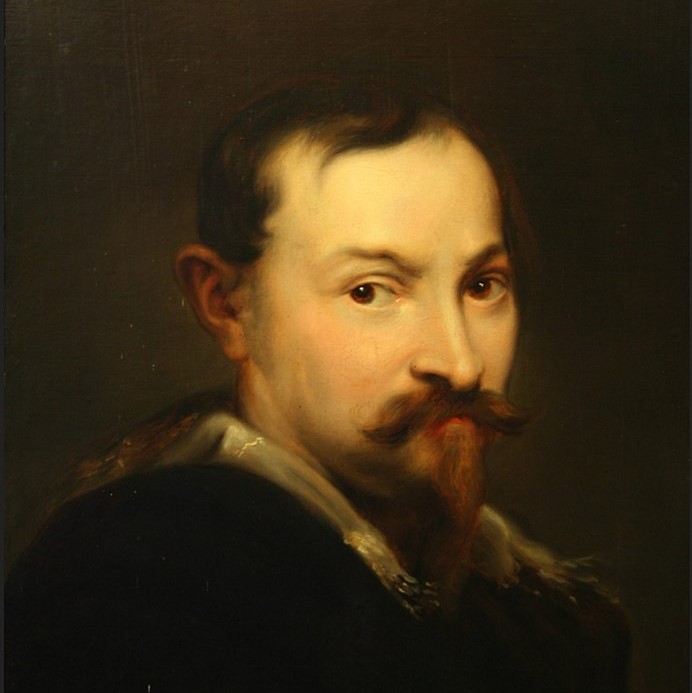 Jan Wildens was a Flemish painter and draughtsman specializing in landscapes. His Realist landscapes show an eye for detail and have a serene character. He was a regular collaborator with Rubens and other leading Flemish Baroque painters of his generation in whose compositions he painted the landscapes.

Jan Wildens was born in Antwerp as the son of Hendrick Wildens and Magdalena van Vosbergen. His father died when he was still young. His mother remarried to Cornelis Cock, who later became the father in law of the Antwerp portrait painter Cornelis de Vos. In 1596 Jan Wildens was registered at the Antwerp Guild of St. Luke as an apprentice of Pieter van der Hulst (I) (also known as 'Peter Verhulst' or 'Floris Verhulst'), (c. 1565 – c.1628), a minor painter from Mechelen.

Wildens became a master of the Antwerp Guild of St. Luke in 1604. He set up his own workshop and took Abraham Leerse on as an apprentice in 1610. From this period date a series of 12 drawings of the months, which were engraved and published in print form. Wildens travelled in 1613 or 1614 to Italy where he stayed until 1616. Around 1615-1616 he created a series of 12 landscape paintings representing the 12 months of the year, roughly similar to his early drawings. These paintings show his increasing interest in Realism, which was likely a result of his exposure to the landscapes of his compatriot Paul Bril who worked in Rome.

Upon returning to Antwerp, he became a frequent collaborator and a close friend of Peter Paul Rubens. Wildens was responsible for the landscapes in the cartoons by Rubens for his tapestry series on Publius Decius Mus. The two artists continued to collaborate on many works. Wildens also became a frequent collaborator of other leading Antwerp painters. In 1619 Wildens married Maria Stappaert with Rubens acting as a witness at the wedding. Maria's niece Hélène Fourment later became Rubens' second wife. Maria Stappaert died in 1624 after bearing Wildens two sons, both of whom became painters: Jan Baptist (1620–37) and Jeremias (1621–53). Both of his sons died young.

Wildens became very prosperous thanks to his professional success. He worked for prominent patrons and participated, like many other Antwerp artists, on the decorations for the Joyous Entry into Antwerp of the new governor of the Habsburg Netherlands Cardinal-Infante Ferdinand. Rubens was in overall charge of this project. Wildens contributed two city views of Antwerp for the occasion.

In the house he inherited from his mother in the Lange Nieuwstraat in Antwerp he opened a picture gallery with over 700 paintings. The gallery was very successful and was later operated by his son Jeremias. When Rubens died in 1640, Jan Wildens acted as a testamentary executor of his estate.

His pupils included his sons Jan Baptist and Jeremias and Hendrick van Balen the Younger.

Panoramic View of Antwerp from the East (1636)

Panoramic view of the city of Antwerp across the River Scheldt

Landscape with the Hunt of Meleager and Atalante

A Wooded Landscape With Brigands Playing Dice, Another Brigand Up In A Tree, On The Lookout