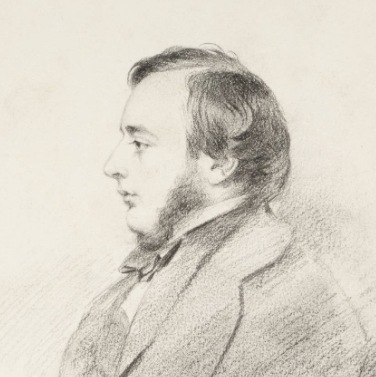 Born at Hampstead, seventh and last child of John and Maria (nee Bicknell) Constable. At least five of Constable’s seven children also drew or painted. Lionel Bicknell, who was also a photographer, specialised in landscape painting and exhibited examples of his work at the Royal Academy during 1849-55, and at the British Institute, London.

Until the late 1970’s many of the works now attributed to Lionel were mistakenly thought to have been painted by his father and although a variety of work by him is now known, his full range is still uncertain. Lionel Constable was an unusual artist, although he exhibited as a professional at the Royal Academy and made other attempts to sell his work, he did not depend on painting for a living and was able to give it up after his brother Alfred’s tragic death in 1853. He seems to have taught himself landscape painting almost entirely by studying his father’s work, and invariably worked on a small scale, his largest canvases being only about 12x14 in.

View near Walton on Naze