The Artist died in 1654 so this work is in the public domain in its country of origin and other countries where the copyright term is the Artist's life plus 70 years or fewer. 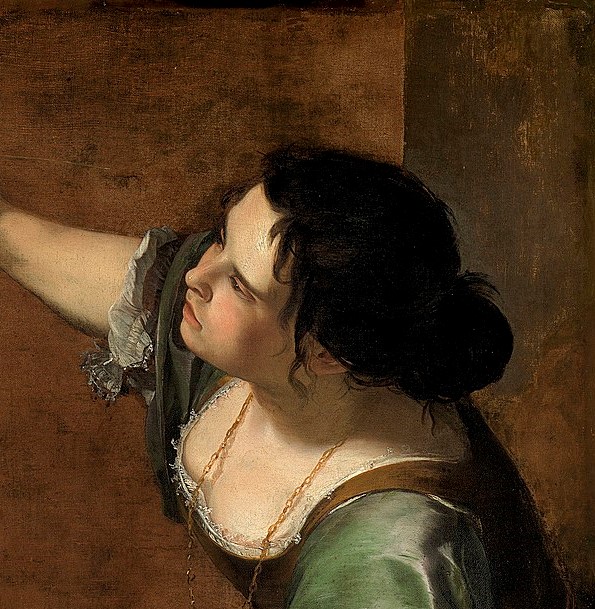 Artemisia Lomi or Artemisia Gentileschi was an Italian Baroque painter. Gentileschi is considered among the most accomplished seventeenth-century artists, initially working in the style of Caravaggio. She was producing professional work by the age of fifteen. In an era when women had few opportunities to pursue artistic training or work as professional artists, Gentileschi was the first woman to become a member of the Accademia di Arte del Disegno in Florence and she had an international clientele.

Many of Gentileschi's paintings feature women from myths, allegories, and the Bible, including victims, suicides, and warriors. Some of her best known subjects are Susanna and the Elders (particularly the 1610 version in Pommersfelden), Judith Slaying Holofernes (her 1614–1620 version is in the Uffizi gallery), and Judith and Her Maidservant (her version of 1625 is in the Detroit Institute of Arts).

Gentileschi was known for being able to depict the female figure with great naturalism and for her skill in handling colour to express dimension and drama.

Her achievements as an artist were long overshadowed by the story of her rape by Agostino Tassi when she was a young woman and her participation in the trial of her rapist. For many years Gentileschi was regarded as a curiosity, but her life and art have been reexamined by scholars in the twentieth and twenty-first centuries, and she is now regarded as one of the most progressive and expressive painters of her generation. Now she is recognized for her talents alone and major exhibitions at internationally esteemed fine art institutions, such as the National Gallery in London.

Bathsheba at her bath

Self-Portrait as the Allegory of Painting (1638)

The Triumph of Galatea

Judith and Her Maidservant with the Head of Holofernes (ca. between 1623 and 1625)