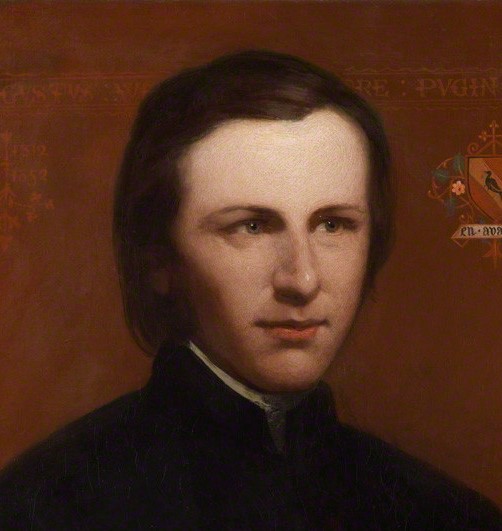 Augustus Welby Northmore Pugin was an English architect, designer, artist and critic who is principally remembered for his pioneering role in the Gothic Revival style of architecture. His work culminated in designing the interior of the Palace of Westminster in Westminster, London, England, and its iconic clock tower, later renamed the Elizabeth Tower, which houses the bell known as Big Ben.

Pugin designed many churches in England, and some in Ireland and Australia. He was the son of Auguste Pugin, and the father of Edward Welby Pugin and Peter Paul Pugin, who continued his architectural firm as Pugin & Pugin. He also created Alton Castle in Alton, Staffordshire.

More Illustrations in Book: Glossary of ecclesiastical ornament and costume (View all 71)

A Cross for a Frontal or Vestment, with the Holy name in a Quatrefoil (1846)