The Artist died in 1734 so this work is in the public domain in its country of origin and other countries where the copyright term is the Artist's life plus 70 years or fewer. 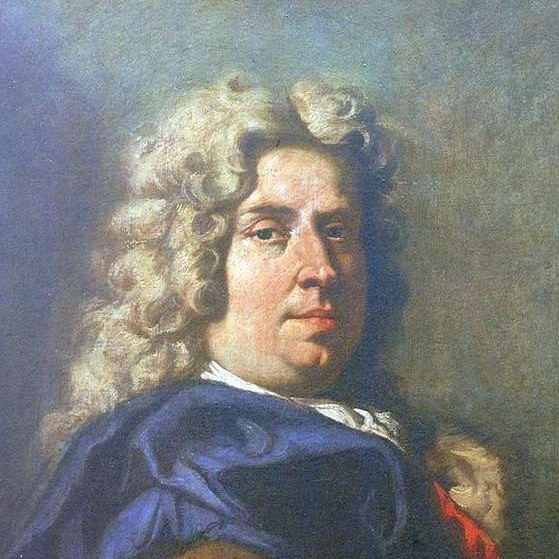 Sebastiano Ricci was an Italian painter of the late Baroque school of Venice. About the same age as Piazzetta, and an elder contemporary of Tiepolo, he represents a late version of the vigorous and luminous Cortonesque style of grand manner fresco painting.

He was the uncle of Marco Ricci (1676 – 1730), who trained with him, and became an innovator in landscape painting.

He was born in Belluno, the son of Andreana and Livio Ricci. In 1671, he was apprenticed to Federico Cervelli of Venice. Others claim Ricci's first master was Sebastiano Mazzoni. In 1678, a youthful indiscretion led to an unwanted pregnancy, and ultimately to a greater scandal, when Ricci was accused of attempting to poison the young woman in question to avoid marriage. He was imprisoned, and released only after the intervention of a nobleman, probably a Pisani family member. He eventually married the mother of his child in 1691, although this was a stormy union.

Following his release he moved to Bologna, where he lived near the Parish of San Michele del Mercato. His painting style there was apparently influenced by Giovanni Gioseffo dal Sole. On 28 September 1682 he was contracted by the "Fraternity of Saint John of Florence" to paint a Decapitation of John the Baptist for their oratory.

On 9 December 1685, the Count of San Secondo near Parma commissioned the decoration of the Oratorio della Beata Vergine del Serraglio, which Ricci completed in collaboration of Ferdinando Galli-Bibiena by October 1687, receiving a payment of 4,482 Lira. In 1686, the Duke Ranuccio II Farnese of Parma commissioned a Pietà for a new Capuchin convent. In 1687-8 Ricci decorated the apartments of the Parmense Duchess in Piacenza with canvases recounting the life of the Farnese pope, Paul III.

Apparently in 1688, Ricci abandoned his wife and daughter, and fled from Bologna to Turin with Magdalen, the daughter of the painter Giovanni Peruzzini. He was again imprisoned, and nearly executed, but was eventually freed by the intercession of the Duke of Parma. The duke employed him and assigned him a monthly salary of 25 crowns and lodging in the Farnese palace in Rome. In 1692, he was commissioned to copy the Coronation of Charlemagne by Raphael in Vatican City, on behalf of Louis XIV, a task he finished only by 1694.

The death of the Duke Ranuccio in December, 1694, who was also his protector, forced Ricci to abandon Rome for Milan, where by November 1695 he completed frescoes in the Ossuary Chapel of the Church of San Bernardino dei Morti. On 22 June 1697, the Count Giacomo Durini hired him to paint in the Cathedral of Monza.

In 1698, he returned to the Venetian republic for a decade. By 24 August 1700, he had frescoed the chapel of the Santissimo Sacramento in the church of Santa Giustina of Padua. In 1701, the Venetian geographer Vincenzo Coronelli commissioned a canvas of the Ascension that was inserted into the ceiling of sacristy of the Basilica of the Santi Apostoli in Rome. In 1702, he frescoed the ceiling of the Blue Hall in the Schönbrunn Palace, with the Allegory of the Princely Virtues and Love of Virtue, which illustrated the education and dedication of future emperor Joseph I. In Vienna, Frederick August II, the elector Saxony, requested an Ascension canvas, in part to convince others of the sincerity of his conversion to Catholicism, which allowed him to become the King of Poland.

In Venice in 1704 he executed a canvas of San Procolo (Saint Proculus) for the Dome of Bergamo and a Crucifixion for the Florentine church of San Francisco de Macci.

In the summer of 1706, he traveled to Florence, where he completed a work that is by many considered his masterpieces. During his Florentine stay he first completed a large fresco series on allegorical and mythological themes [1] for the now-called Marucelli-Fenzi or Palazzo Fenzi (now housing departments of University of Florence). After this work, Ricci, along with the quadraturista Giuseppe Tonelli, was commissioned by the Grand Duke Ferdinando de' Medici to decorate rooms in the Pitti Palace, where his Venus takes Leave from Adonis contains heavenly depictions that are airier and brighter than prior Florentine fresco series. These works gained him fame and requests from foreign lands and showed the rising influence of Venetian painting into other regions of Italy. He was to influence the Florentine Rococo fresco painter Giovanni Domenico Ferretti.

In 1708 he returned to Venice, completing a Madonna with the Child for San Giorgio Maggiore. In 1711, now painting alongside his nephew, Marco Ricci, he painted two canvases: Esther to Assuero and Moses saved from the Nile, for the Taverna Palace.

He ultimately accepted foreign patronage in London, when he was provided a £770 commission by Lord Burlington for eight canvases, to be completed by him and his nephew Marco, depicting mythological frolics: Cupid and Jove, Bacchus meets Ariadne, Diana and Nymphs, Bacchus and Ariadne, Venus and Cupid, Diane and Endymion, and a Cupid and Flora.

He decorated the chapel at Bulstrode House near Gerrards Cross for Henry Bentinck, 1st Duke of Portland with a cycle of wall-paintings depicting scenes from the life of Christ. George Vertue described the scheme as "a Noble free invention. great force of lights and shade, with variety & freedom, in the composition of the parts". The chapel was demolished in the 19th century, but oil modelli still exist. Ricci also designed stained glass for the Duke of Chandos' chapel at Cannons. In c.1710-15 Ricci painted the apse in the chapel at the Royal Hospital Chelsea of the resurrection.

By the end of 1716, with his nephew, he left England for Paris, where he met Watteau, and submitted his Triumph of the Wisdom over Ignorance in order to gain admission to the Royal French Academy of Painting and Sculpture, which was granted on 18 May 1718. He returned to Venice in 1718 a wealthy man, and bought comfortable lodgings in the Old Procuratory of St. Mark. That same year, the Riccis decorated the villa of Giovanni Francesco Bembo in Belvedere, near Belluno. In 1722 he was one of twelve artists commissioned to contribute a painting on canvas of one of the apostles as part of a decorative scheme at the church of St Stae in Venice. The other artists involved included Tiepolo, Piazetti, and Pellegrini.

From 1724 to 1729, Ricci worked intensely for the Royal House of Savoy in Turin: In 1724 he painted the Rejection of Agar and the Silenus adores the Idols, in 1725, the Madonna in Gloria, in Turin in 1726, he completed the Susanna presented to Daniel and Moses causes water to gush from the rock. In October 1727 he was admitted to the Clementine Academy of Venice.

Studies for an Education of the Virgin; Saint Anne Teaching the Virgin to Read (1659–1734)