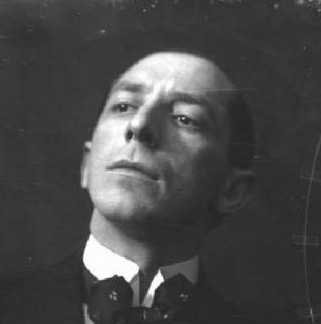 Umberto Boccioni was an influential Italian painter and sculptor. He helped shape the revolutionary aesthetic of the Futurism movement as one of its principal figures. Despite his short life, his approach to the dynamism of form and the deconstruction of solid mass guided artists long after his death. His works are held by many public art museums, and in 1988 the Metropolitan Museum of Art in New York City organized a major retrospective of 100 pieces.

Umberto Boccioni was born on 19 October 1882 in Reggio Calabria. His father was a minor government employee, originally from the Romagna region in the north, and his job included frequent reassignments throughout Italy. The family soon relocated further north, and Umberto and his older sister Amelia grew up in Forlì (Emilia-Romagna), Genoa and finally Padua. At the age of 15, in 1897, Umberto and his father moved to Catania, Sicily, where he would finish school. Some time after 1898, he moved to Rome and studied art at the Scuola Libera del Nudo of the Accademia di Belle Arti di Roma. He also studied under the Liberty style poster artist Giovanni Mataloni.

In 1906, he briefly moved to Paris, where he studied Impressionist and Post-Impressionist styles, before visiting Russia for three months, getting a first-hand view of the civil unrest and governmental crackdowns. Returning to Italy in 1907, he briefly took drawing classes at the Accademia di Belle Arti of Venice. He had first visited the Famiglia Artistica, a society for artists in Milan, in 1901.

As he travelled from one city to the other, in parallel with his most ground-breaking artistic endeavours, he worked as a commercial illustrator. Between 1904 and 1909 he provided lithographs and gouache paintings to internationally renowned publishing houses, such as Berlin-based Stiefbold & Co. Boccioni’s production in this field shows his awareness of contemporary European illustration, such as the work of Cecil Aldin, Harry Eliott, Henri Cassiers and Albert Beerts, and attests to his information of contemporary trends in the visual arts more in general.

Boccioni moved to Milan in 1907. There, early in 1908, he met the Divisionist painter Gaetano Previati. In early 1910 he met Filippo Tommaso Marinetti, who had already published his Manifesto del Futurismo ("Manifesto of Futurism") in the previous year. On 11 February 1910 Boccioni, with Balla, Carlo Carrà, Luigi Russolo and Severini, signed the Manifesto dei pittori futuristi ("Manifesto of Futurist painters"), and on 8 March he read the manifesto at the Politeama Chiarella theatre in Turin.

Boccioni became the main theorist of the artistic movement. "Only when Boccioni, Balla, Severini and a few other Futurists traveled to Paris toward the end of 1911 and saw what Braque and Picasso had been doing did the movement begin to take real shape." He also decided to be a sculptor after he visited various studios in Paris, in 1912, including those of Georges Braque, Alexander Archipenko, Constantin Brâncuși, Raymond Duchamp-Villon, August Agero and, probably, Medardo Rosso. In 1912 he exhibited some paintings together with other Italian futurists at the Galerie Bernheim-Jeune, and the following year returned to show his sculptures at the Galerie La Boétie: all related to the elaboration of what Boccioni had seen in Paris, where he had visited the studios of Cubist sculptors, including those of Constantin Brâncuși, Raymond Duchamp-Villon and Alexander Archipenko to further his knowledge of avant-garde sculpture.

In May 1916 Boccioni was drafted into the Italian Army, and was assigned to an artillery regiment at Sorte of Chievo, near Verona. On 16 August 1916, he was thrown from his horse during a cavalry training exercise and was trampled. He died the following day, age thirty-three, at Verona Military Hospital, and he was buried in the Monumental Cemetery of that city.

Composition Study for ‘The Street Pavers’ (1914)

Horses and Figures in a Landscape (1910)