John Emms was an English artist.
Emms was born in Blofield, Norfolk, the son of artist Henry William Emms. He became an avid hunter and became famous for his paintings of horses, and of dogs, particularly foxhounds and terriers. He exhibited at the Royal Academy several times, beginning in 1866. His paintings are signed “Jno Emms”.

He married Fanny Primmer of Lyndhurst, Hampshire, in 1880. The couple lived in London for a time but returned to Lyndhurst in 1881 and built a large house and studio named The Firs, where Emms lived for the rest of his life. He died in Lyndhurst. 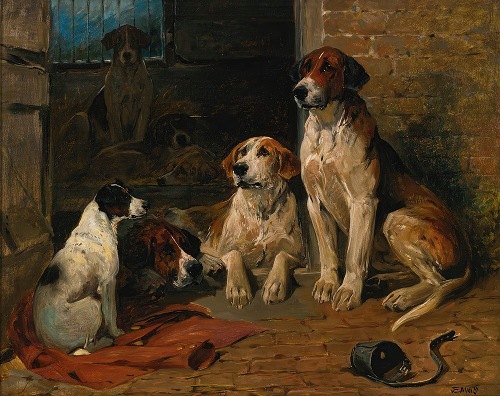 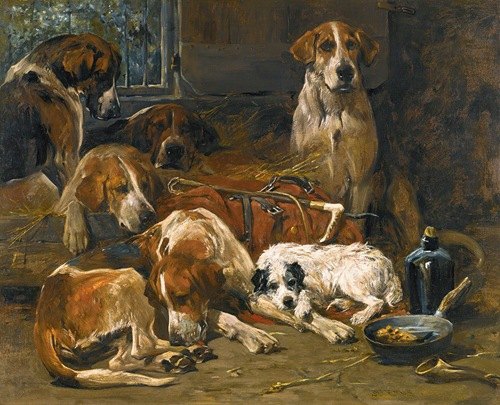 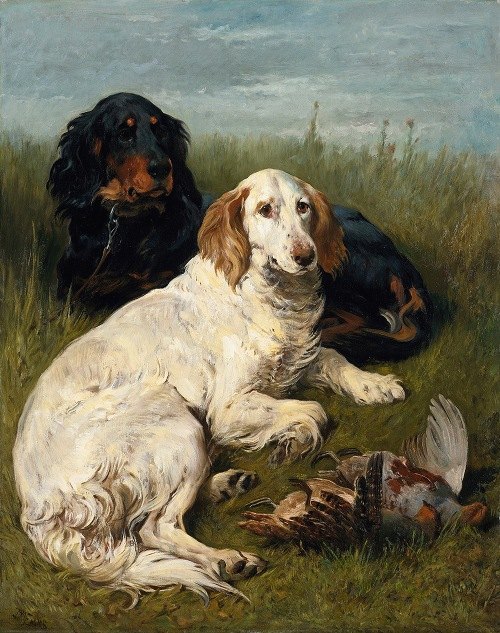 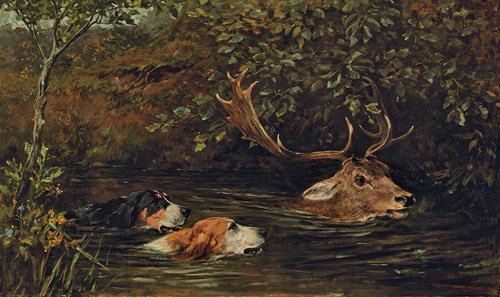 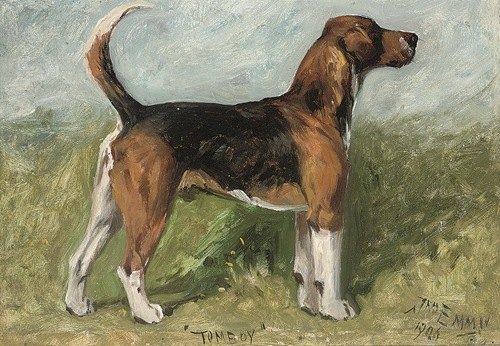 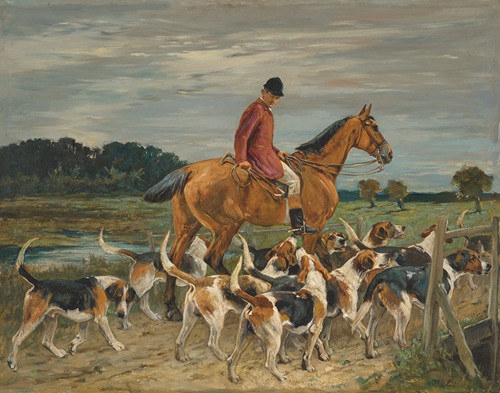 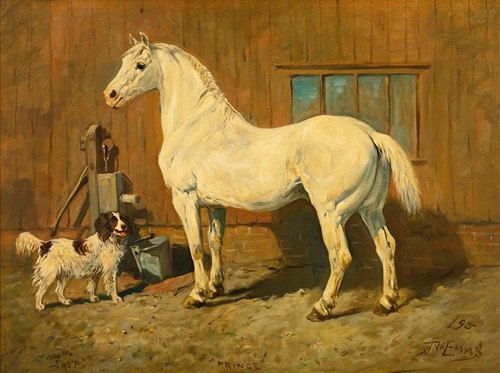 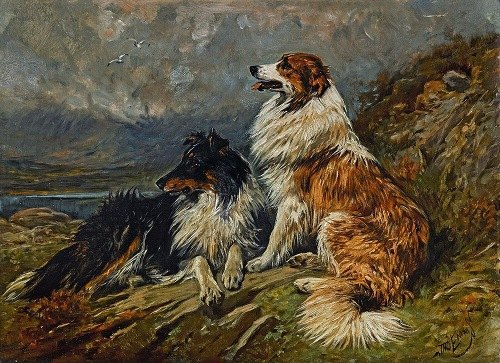 COLLIES ON THE MOOR