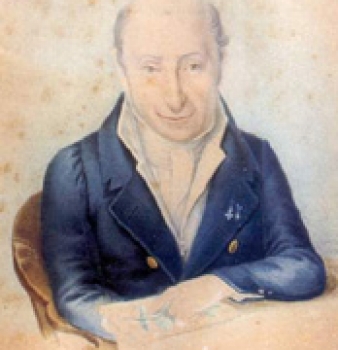 Giorgio Gallesio was an Italian botanist and researcher of the 18th and 19th centuries, specializing in citrus. His famous book Traité du citrus was first printed in 1811 and reprinted in 1826 due to its popularity. In this work, he presented his findings that hybrids are offspring of outcross pollination and not due to grafting as previously thought.
He also studied the family barriers affecting species compatibility and gave a good account of the history and distribution of citrus. He was widely cited in many works of his day, and also in The Citrus Industry book, by Webber, Batchelor and others. He has a further minor claim to fame as the first person to use the expression 'dominant' (in Italian, 'dominante') to refer to the hereditary transmission of characters when plants are hybridised.