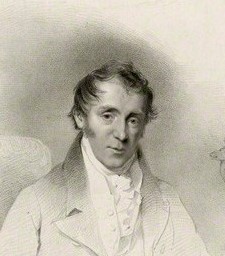 Robert Hills was an English painter and etcher.
Hills was born in Islington. He initially studied under John Alexander Gresse, then enrolled at the Royal Academy of Arts in 1788. He primarily painted rural scenes, particularly farm animals. A number of his renderings can now be found at the British Museum.

Hills was known to draw animals in works of other artists, such as George Barret, Jr. and George Fennell Robson. He published Sketches in Flanders and Holland (1816), with his own aquatints.

Sketch of a Horse

St. Stephen’s Churchyard, Jersey, with the Tomb of the Artist’s Brother (after 1828)

Drove of Sheep and Cows

Study of Cows with Calf

Between Netley Heath and Albury