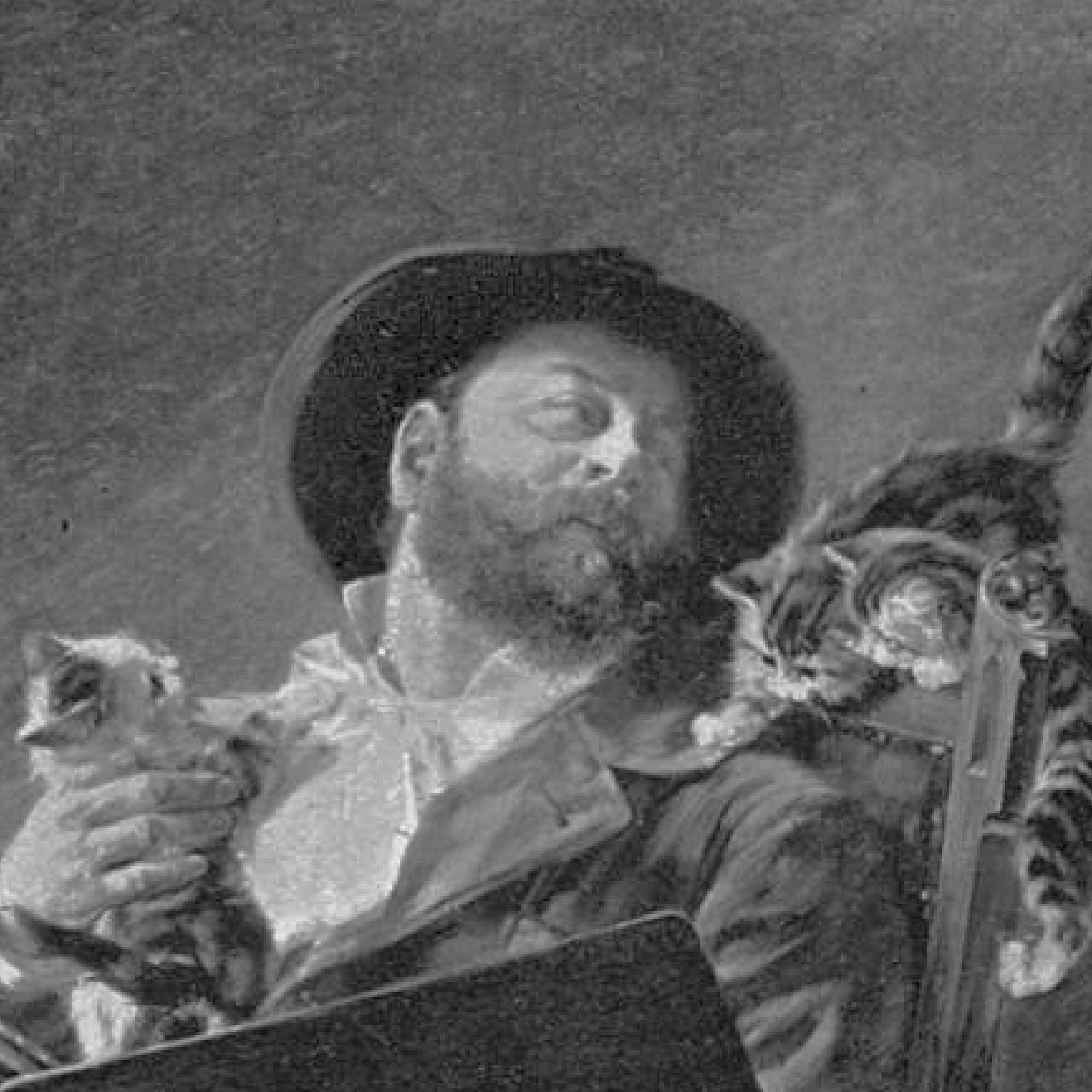 Julius Anton Adam, known as "Cats Adam" was a German genre painter and animalier specialising in pictures of cats.

Julius Adam was a member of the important Adam family of Munich artists. His grandfather was Albrecht Adam, his uncles were Benno, Franz and Eugen Adam, and his cousin Emil Adam, all painters. His father, also called Julius Adam (1821–1874), was primarily a lithographer and photographer. At first Adam (the son) was occupied with landscape photography and worked for his father's business in Rio de Janeiro but later returned to Munich and settled down as a genre painter.

Initially Adam was a pupil of Prof. Michael Echter (1812–1879), later of Wilhelm von Diez (1839–1907) at the Akademie der Bildenden Künste in Munich. He began producing his successful cat pictures in 1882, the international popularity of which caused the high quality of his other work to be somewhat overlooked.

He married his first cousin Amalie, daughter of his uncle Benno, but they had no children.

Kittens Playing on a Cart in the Meadow