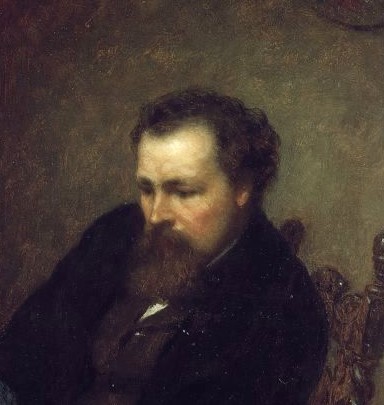 Jonathan Eastman Johnson was an American painter and co-founder of the Metropolitan Museum of Art, New York City, with his name inscribed at its entrance. He was best known for his genre paintings, paintings of scenes from everyday life, and his portraits both of everyday people and prominent Americans such as Abraham Lincoln, Nathaniel Hawthorne, Ralph Waldo Emerson, and Henry Wadsworth Longfellow. His later works often show the influence of the 17th-century Dutch masters, whom he studied in The Hague in the 1850s; he was known as The American Rembrandt in his day.

Eastman grew up in Fryeburg and Augusta, where the family lived at Pleasant Street and later at 61 Winthrop Street. His father was the owner of several businesses, and active in fraternal organizations: he was Grand Secretary of the Grand Lodge of Maine (ancient Free and Accepted Masons) (1836–1844). He was appointed in 1840 as Secretary of State for Maine, serving two years.

Eastman Johnson's career as an artist began when his father apprenticed him in 1840 to a Boston lithographer. After his father's political patron, the Governor of Maine John Fairfield, entered the US Senate, the senior Johnson was appointed by US President James Polk in the late 1840s as Chief Clerk in the Bureau of Construction, Equipment, and Repair of the Navy Department. The family moved to Washington, DC and first lived in rental housing. In 1853, they bought a new rowhouse at 266 F Street, between Thirteenth and Fourteenth streets and a few blocks from the White House and the Navy Department offices, which became their permanent home. Although the young Johnson lived for a time in Boston, and studied in Europe, he used this home as his base until moving to New York City in the late 1850s.

The young Johnson moved to Washington, D.C. at about age 20, supporting himself by making crayon portraits, including John Quincy Adams, and Dolly Madison, and likely helped by his father's political connections. He returned to New England, settling in Boston in 1846 at the age of 22.

In 1849, Johnson went overseas to Germany, for further studies at the Kunstakademie Düsseldorf. This had become a new center where many artists, including many Americans, studied art. They took part in the Düsseldorf school of painting.

In January 1851, Johnson was accepted into the studio of Emanuel Gottlieb Leutze, a German who had lived in the United States for a while before returning to Germany. His major work completed there is his portrait of Worthington Whittredge.

Johnson moved to The Hague, where he studied 17th-century Dutch and Flemish masters. He ended his European travels in Paris, studying with the academic painter Thomas Couture in 1855 before returning to the United States that year due to the death of his mother.

In 1856, he visited his sister Sarah and her family in Superior, Wisconsin. His mixed-race guide Stephen Bonga, who was Ojibwe and African-American, took Johnson among the native Anishinaabe (Ojibwe) in the areas around Superior. Throughout 1857 Johnson frequently painted them in intimate, casual poses. According to the Wisconsin Historical Society, Johnson traveled with Bonga to the areas today known as Grand Portage National Monument, Apostle Islands National Monument, and Isle Royale National Park.

By 1859, Johnson had returned to the East and established a studio in New York City. He secured his reputation as an American artist that year with an exhibit at the National Academy of Design featuring his painting, Negro Life at the South (1859) or, as it was popularly called, Old Kentucky Home. It was set in the urban back yards of Washington, DC rather than on a plantation. That year Johnson was elected into the National Academy of Design as an Associate member and became a full Academician in 1860.

Johnson also became a member of the Union League Club of New York, which holds many of his paintings. In 1869, at the age of 55, he married for the first time, to Elizabeth Buckley. They had one daughter, Ethel Eastman Johnson, born in 1870. Ethel married Alfred Ronalds Conkling (nephew of Senator Roscoe Conkling) in 1896.

On his death in 1906, Eastman Johnson was buried at Green-Wood Cemetery in Brooklyn, New York. 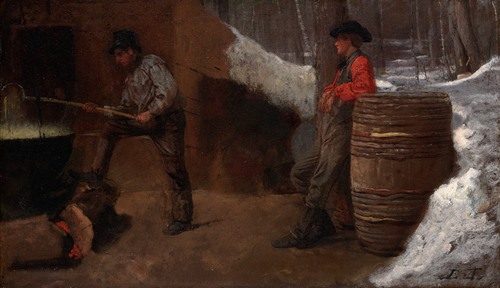 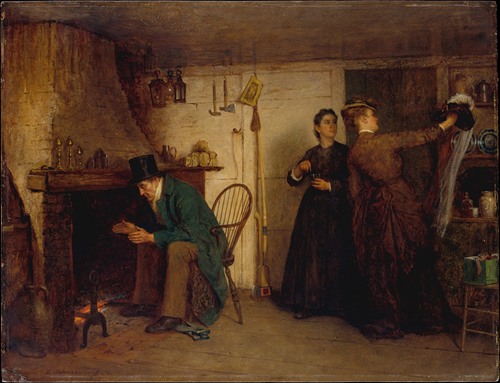 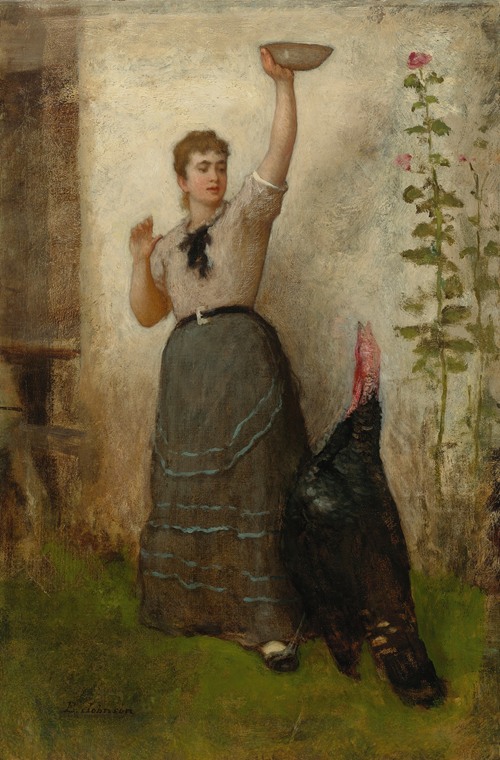 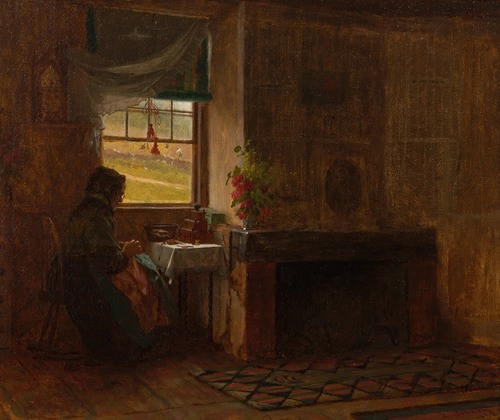 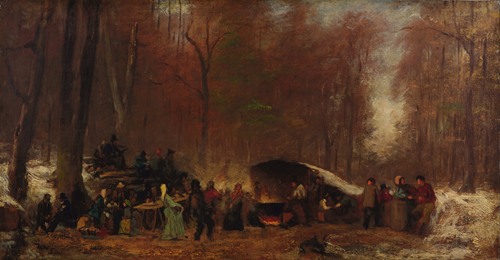 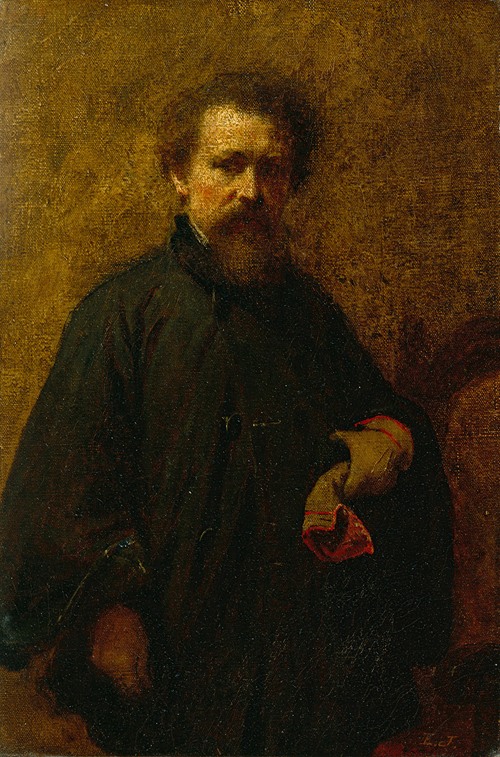 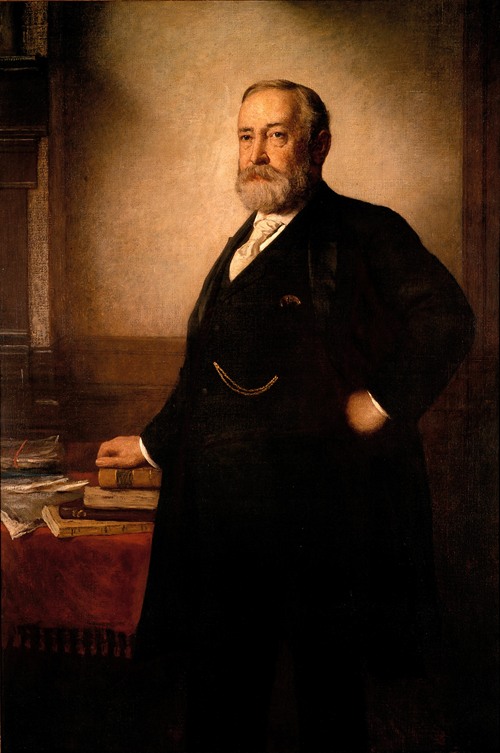 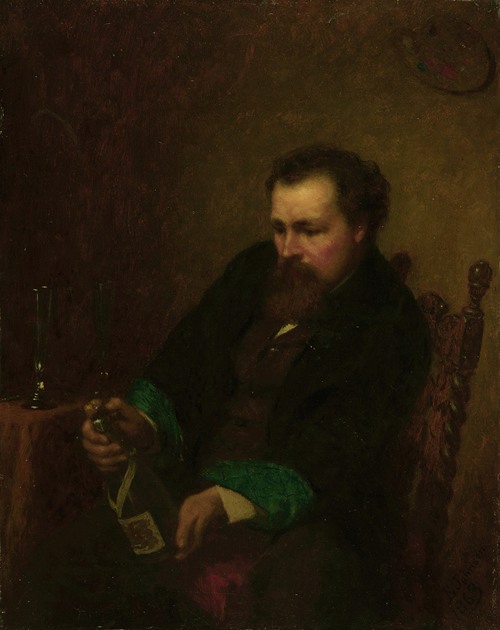