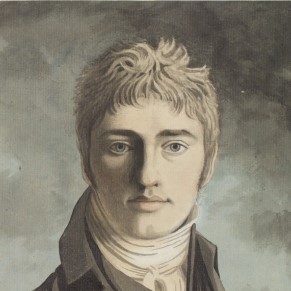 Study for the Kneeling Figure of Priscilla

Design in Color for a Bookplate

Telemachus and Mentor Landing on the Island of Calypso.

Illustration for- The New Doll; Untitled (1826)