Erik Ludvig Henningsen was a Danish painter and illustrator. He is best known for his Social Realist paintings of poor and exposed groups in the 1880s and 1890s. He was the younger brother of Frants Henningsen who was also a painter.

Erik Henningsen was born on 29 August 1855 in Copenhagen to Frants Ludvig Henningsen (1820–1869), a grocer, and Hilda Charlotte Christine née Schou (1824–1880). He showed an early artistic talent and was articled to decorative painter A. Hellesen. He also took drawing lessons privately with C. V. Nielsen and was admitted to the Royal Danish Academy of Fine Arts in 1873. He graduated in 1877 and won several awards and distinctions, including the Academy's Annual Medal in 1887 and 1890, the Ancher Prize in 1889, and in 1892 a travel scholarship of DKK 100.

His travels took him to Germany, Italy, France and the Netherlands.

Henningsen became part of the group Bogstaveligheden, a forum for the Realists' humanitarian ideals about creating a better society through illumination and debate.

In his paintings from the 1880s and 1890s, Henningsen was preoccupied with the rights and living conditions of groups such as the unemployed, women, workers, children and the elderly. Examples are Summum jus, summa injuria. The infanticide (1886, The Hirschsprung Collection and Evicted (1892, Danish National Gallery).

He also depicted the lighter aspects of human life, as in his paintings of street life in Copenhagen.

Towards the turn of the century Henningsen mainly painted historical scenes. An example is his mural in the banquet hall of the University of Copenhagen's main building on Vor Frue Plads in Copenhagen. It depicts the banquet at the Scandinavian Scientist Conference held in Roskilde in 1847. It completed a series of murals depicting the history of the university of which the earlier painting had been created by Vilhelm Marstrand, Carl Bloch and Vilhelm Rosenstand.

During the two first decades of the 20th century he mainly painted genre works from the lives of the bourgeoisie.

Henningsen also worked as an illustrator, both for the weekly magazine Ude og Hjemme and books such as Pietro Krohns Peters Jul (1914).

In 1900, the Tuborg Breweries announced a competition for a "decorative advertisement poster" to mark its 25 years jubilee. The first prize, which was rewarded with a sum of DKK 10,000, was taken by Jens Ferdinand Willumsen, but it was ultimately Henningsen's entry, known as The Thirsty Man, which was put into production by the brewery. It has since obtained iconic status and become one of the most immediately recognizable posters in Denmark. 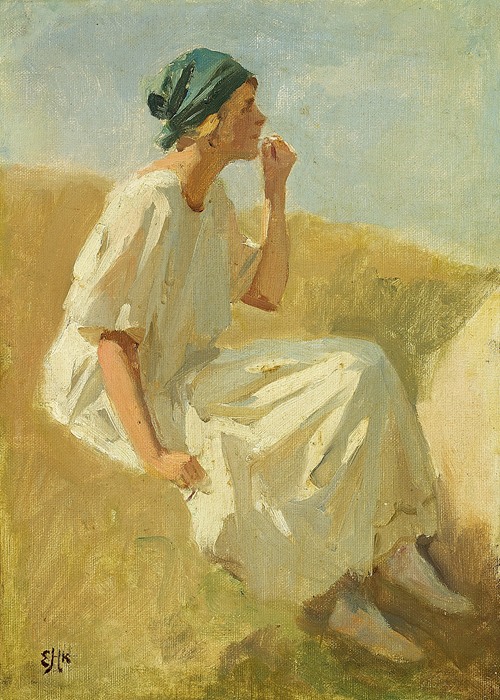 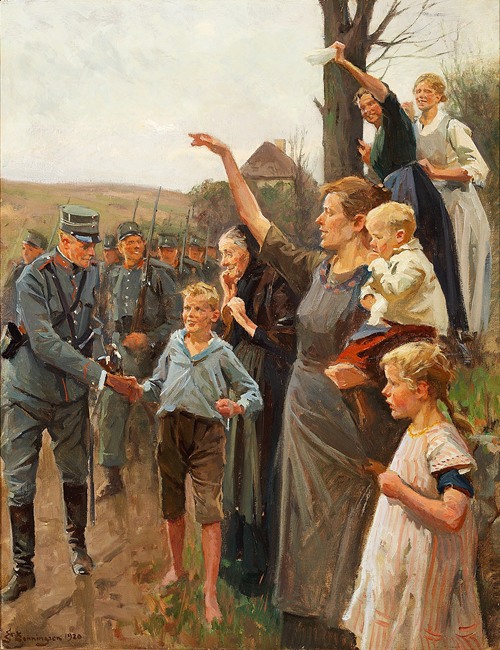 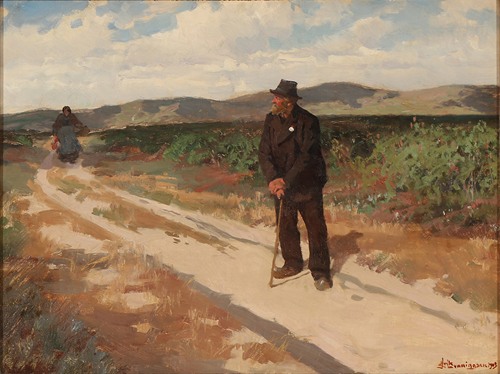 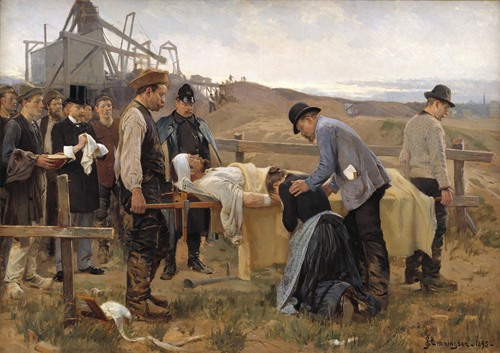 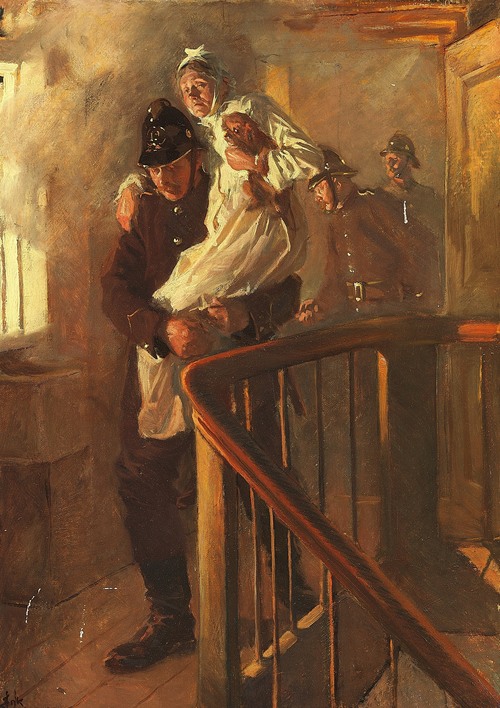 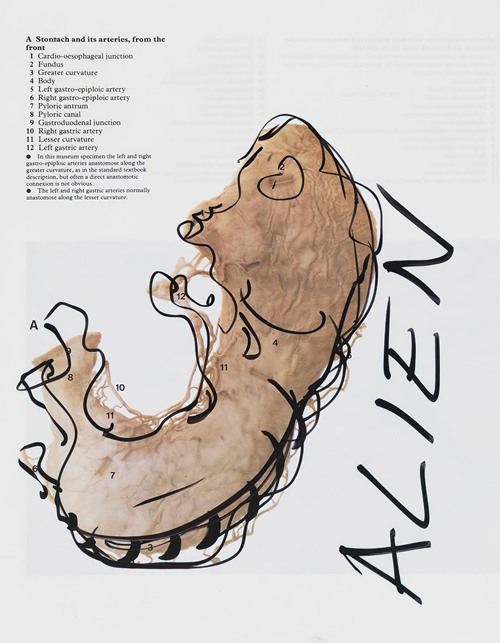 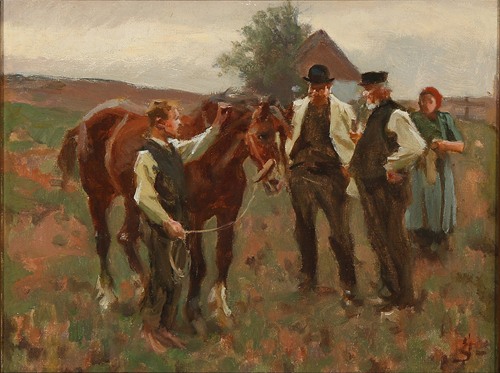 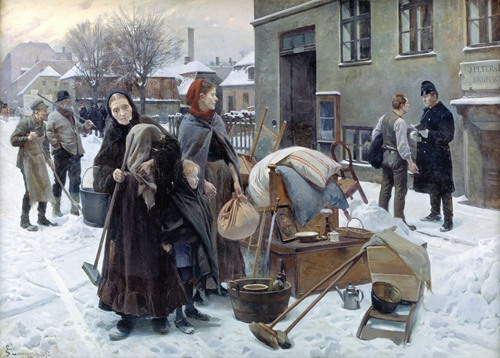