Courtesy of The Smithsonian 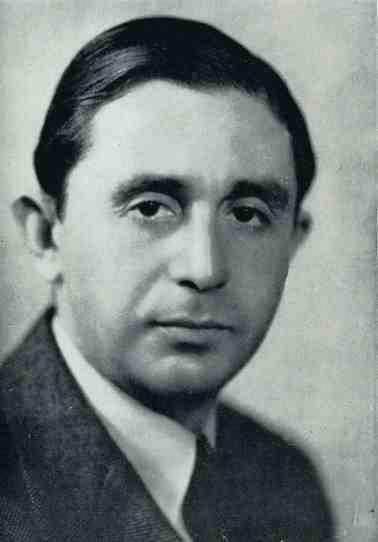 Joseph Moiseyevich Schillinger was a composer, music theorist, and composition teacher who originated the Schillinger System of Musical Composition. He was born in Kharkiv, in the Kharkov Governorate of the Russian Empire (present-day Ukraine) and died in New York City.

The unprecedented migration of European knowledge and culture that swept from East to West during the first decades of the 20th Century included figures such as Prokofiev and Rachmaninov, great composers who were the product of the renowned Russian system of music education. Schillinger came from this background, dedicated to creating truly professional musicians, having been a student of the St Petersburg Imperial Conservatory of Music. Unlike his more famous contemporaries, Schillinger was a natural teacher and communicated his musical knowledge in the form of a precise written theory, using mathematical expressions to describe art, architecture, design and (most insistently, and with most detail and success) music.

George Gershwin spent four years (1932–1936) studying with Schillinger. During this period, he composed Porgy and Bess and consulted Schillinger on matters concerning the opera, particularly its orchestration. There has been some disagreement about the nature of Schillinger's influence on Gershwin. After the posthumous success of Porgy and Bess, Schillinger claimed he had a large and direct influence in overseeing the creation of the opera; George's brother Ira Gershwin completely denied that his brother had any such assistance for this work. A third account of Gershwin's musical relationship with his teacher was written by Gershwin's close friend Vernon Duke, also a Schillinger student, in an article for The Musical Quarterly in 1947. Some of Gershwin's notebooks from his studies with Joseph Schillinger can be found at the Library of Congress.

His mathematical principles were applied to various fields other than music. For example, Schillinger collaborated with the film maker Mary Ellen Bute and he also published a new method of dance notation.

In the USA Schillinger taught at a number of educational institutions but his greatest success was his postal tuition courses, which later became The Schillinger System of Musical Composition, published posthumously in a 2 volume set compiled by Lyle Dowling and Arnold Shaw.

Schillinger accredited a small group of students as qualified teachers of the System and after his death, one of them, Lawrence Berk, founded a music school in Boston to continue the dissemination of the System. Schillinger House opened in 1945 and later became the Berklee College of Music where the System survived in the curriculum until the early 1970s.