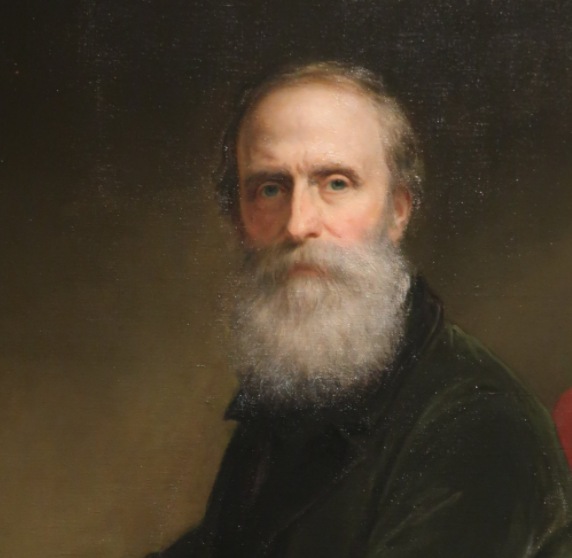 Daniel Huntington was an American artist who belonged to the art movement known as the Hudson River School and later became a prominent portrait painter.

He studied at Yale with Samuel F.B. Morse, and later with Henry Inman. From 1833 to 1835 he transferred to Hamilton College in Clinton, New York, where he met Charles Loring Elliott, who encouraged him to become an artist.

Huntington first exhibited his work at the National Academy of Design in 1836. Subsequently, he painted some landscapes in the tradition of the Hudson River School. Huntington made several trips to Europe, the first in 1839 traveling to England, Rome, Florence and Paris with his friend and pupil Henry Peters Gray. On his return to America in 1840, he painted his allegorical painting "Mercy's Dream", which brought him fame and confirmed his interest in inspirational subjects. He also painted portraits and began the illustration of The Pilgrim's Progress. In 1844, he went back to Rome.

Returning to New York around 1846, he devoted his time chiefly to portrait-painting, although he painted many genre, religious and historical subjects. From 1851 to 1859 he was in England. He was president of the National Academy of Design from 1862 to 1870, and again in 1877–1890. He was also vice president of the Metropolitan Museum of Art in New York.

Huntington was married to Harriet Sophia Richards (1821–1893), a daughter of Charles H. Richards and Sarah (née Hayward) Richards. Together, they were the parents of Charles Richards Huntington (1847–1915), a merchant.
Huntington died in New York City on April 19, 1906. He was buried at Green-Wood Cemetery in Brooklyn.