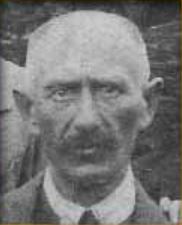 Adolf Kaufmann was an Austrian landscape and marine artist.

He was initially self-taught, but completed his studies with the animal painter, Émile van Marcke, in Paris and undertook several study trips, throughout Europe and the Middle East. His residence alternated between Paris, Berlin, Düsseldorf and Munich.

In 1890, he decided to settle in Vienna and opened a studio in the Wieden district. In 1900, together with Carl von Merode [de] and Heinrich Lefler, he opened an "Art School for Ladies". He continued to visit Paris frequently and, when he painted there, signed his works with the pseudonym "A. Guyot". Other names he signed with include "A. Papouschek", "G. Salvi", "A. Jarptmann", "R. Neiber", "J. Rollin" and "M. Bandouch". Why he did this is unclear, although his choice of signature often reflects stylistic differences.

His landscapes were influenced by the Barbizon school and the style known as "paysage intime", both of which he was exposed to in France during the 1870s.

He was a frequent exhibitor and won numerous awards; notably at the Exposition Universelle (1900). From 1890 to 1913, he was a member of the Vienna Academy of Fine Arts; representing them at exhibitions at the Glaspalast in Munich and the Große Berliner Kunstausstellung [de]. He became a full member of the Vienna Künstlerhaus in 1909. His travels continued until they were cut short by the beginning of World War I.

Many of his works were acquired by members of Royal and noble families; notably Emperor Napoleon III, Princess Stéphanie of Belgium, Archduke Friedrich, Duke of Teschen, Tsar Nicholas II and Queen Isabella II of Spain. His works may be seen at the Silesian Museum (Opava), the Pera Museum in Istanbul and the Leopold Museum in Vienna. 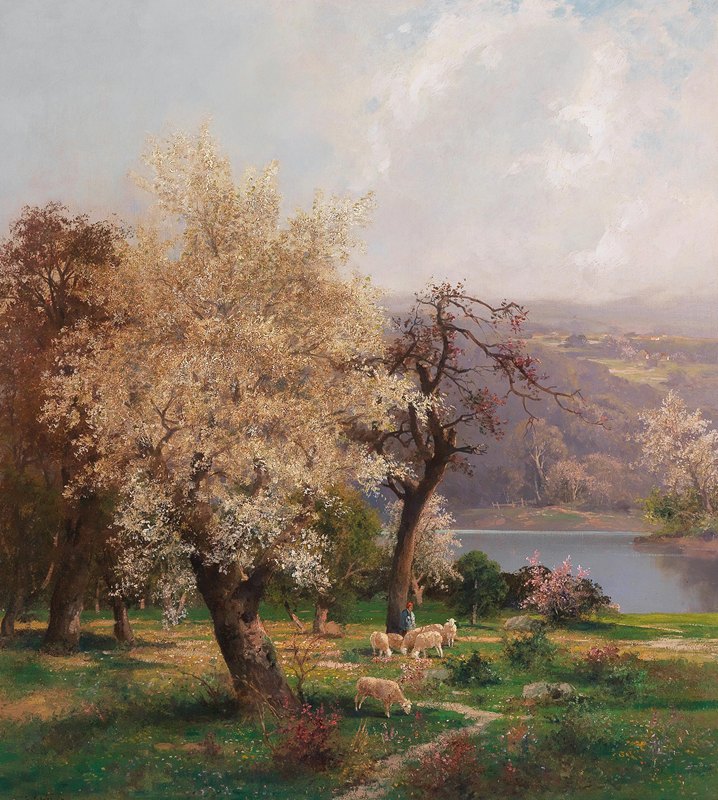 A Lake Landscape in Spring 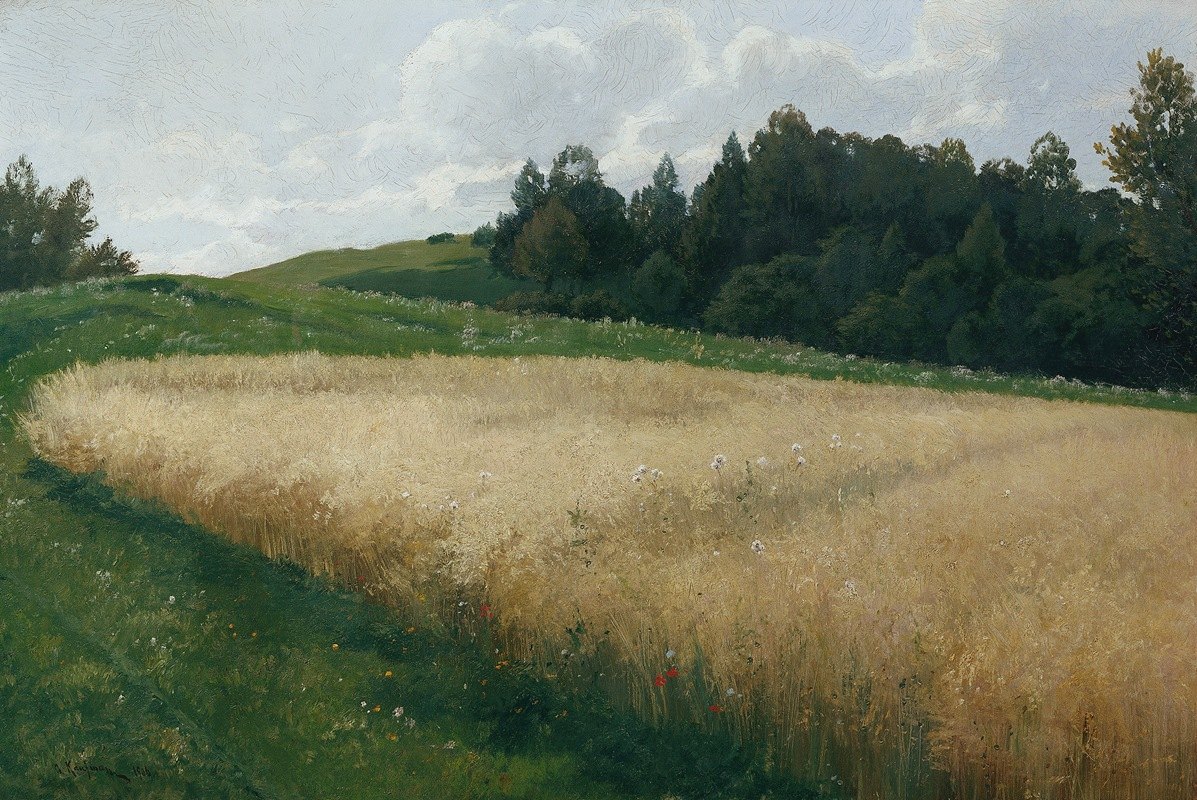 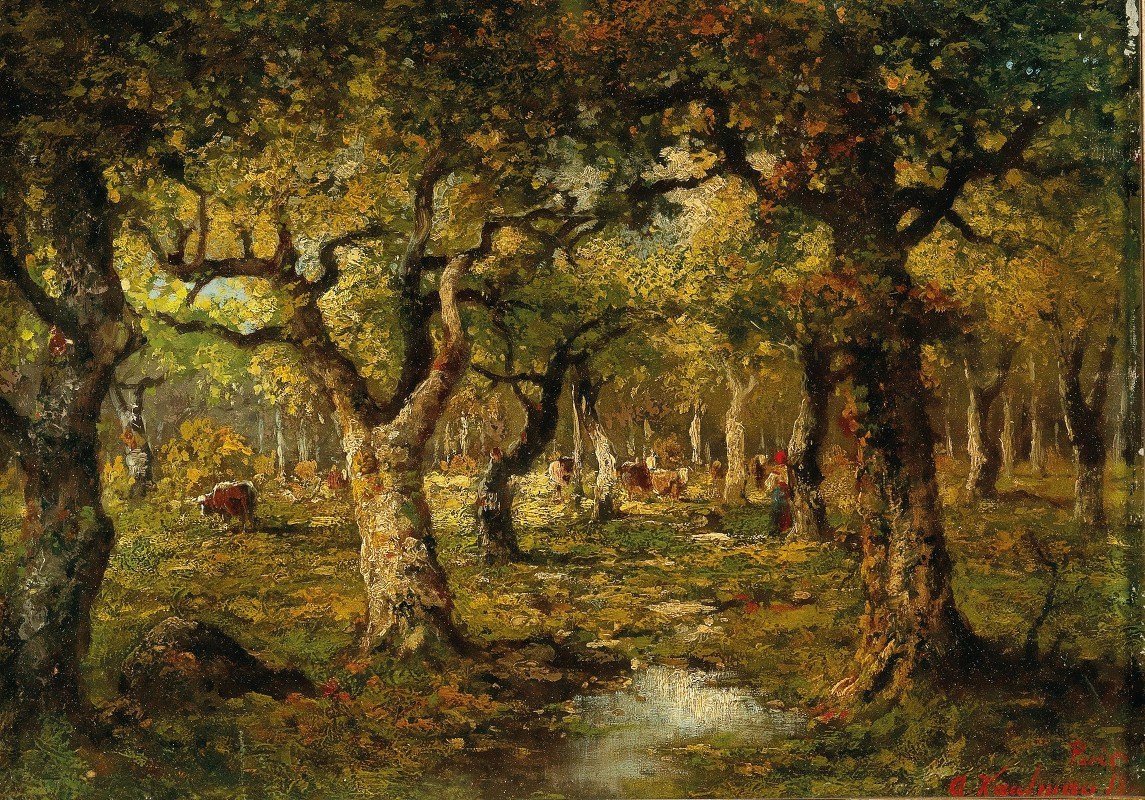 In the Forest of Barbizon 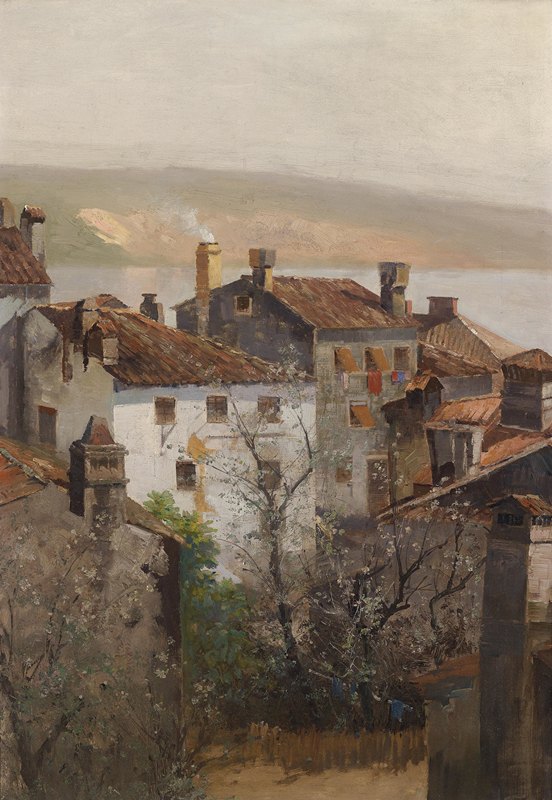 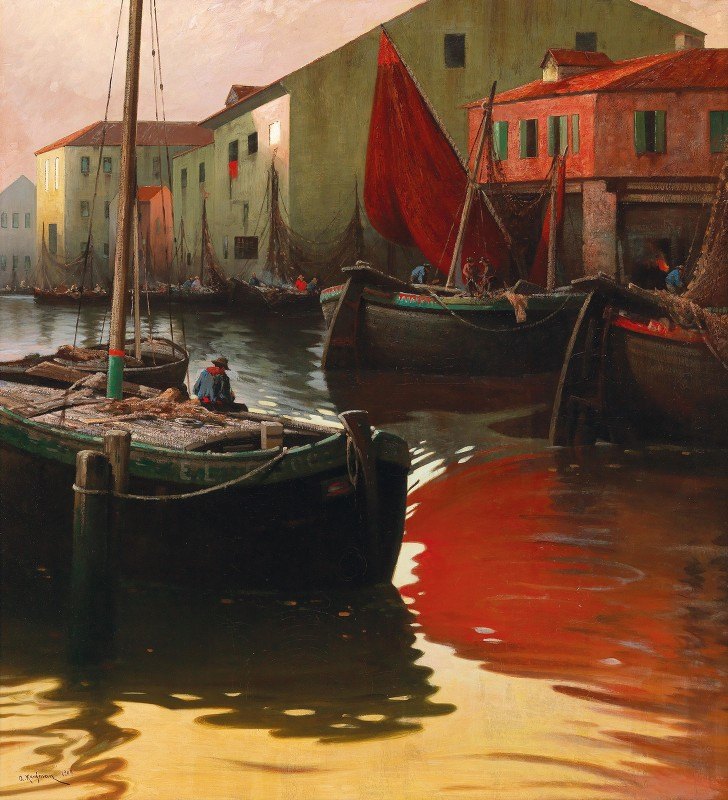 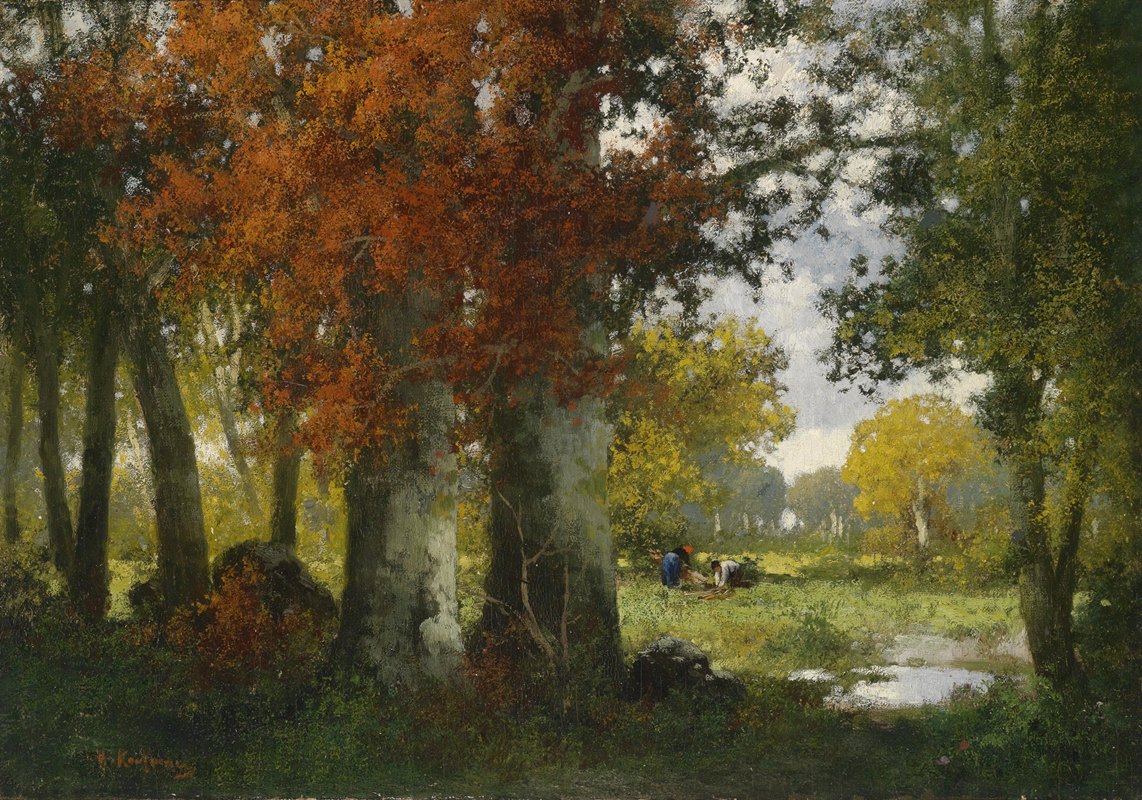 A Lake Landscape in Spring

In the Forest of Barbizon